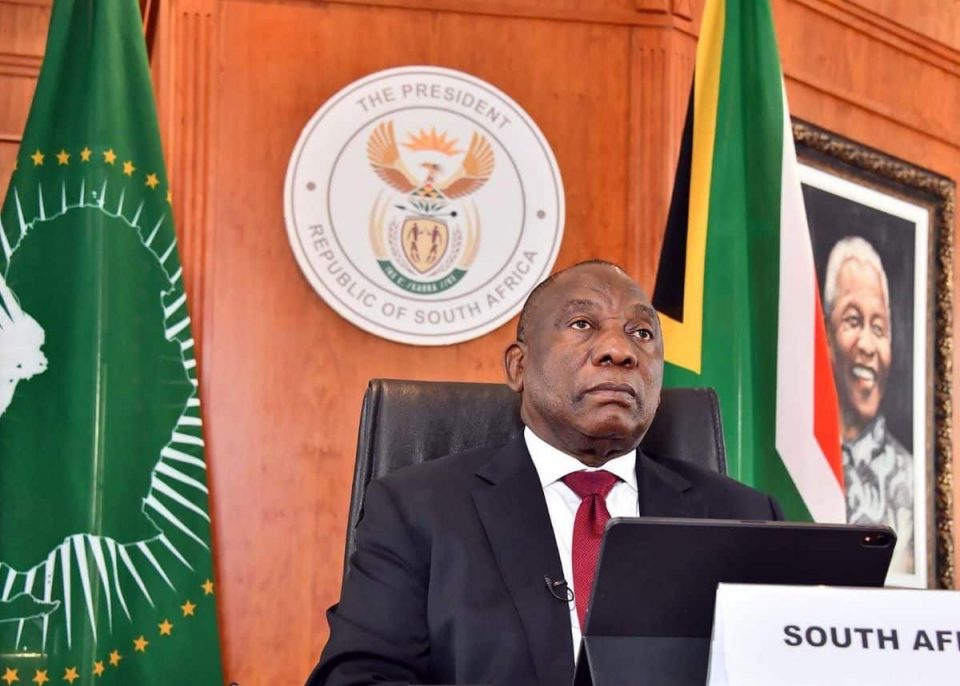 President and Chairperson of the African Union (AU) Cyril Ramaphosa has come under fire for remaining hush on the crisis underway in Nigeria.

Pressure is mounting regarding recent developments in Nigeria. Amid all the tension and frustration, there has been no word from President Cyril Ramaphosa. The president is trending on Twitter as tweeps, including celebrities, have lambasted him for his silence, even more so because he is the chairperson of the African Union (AU).

While chaotic scenes have been playing out in Nigeria for the last two weeks, it escalated in a big way in the city of Lekki on Wednesday 21 October 2020 when Nigerian forces allegedly opened fire on protesters who were voicing their dissatisfaction about the Special Anti-Robbery Squad (Sars). The “squad” has been accused of executing severe harassment and brutality towards citizens which they were mandated to protect.

CYRIL UNDER FIRE FOR SILENCE ON NIGERIA

Following the latest reports of peaceful protesters being gunned down, the presidency, nor Cyril Ramaphosa has issued a statement regarding the matter. When The South African contacted the Department of International Relations and Cooperation (Dirco) for comment on the matter, there was no response.

Cyril, earlier this year assumed the position of chairperson of the AU and swore to “enhance the collective work to deepen the unity of our continent, advance inclusive economic growth and sustainable development.”

The statement by the presidency also said he would “promote peace and security and advancing efforts to silence the guns on the African continent and elsewhere.”

“If we pursue our objectives with diligence and determination, and mobilize our fellow African countries to support them, I am certain that ours can be a meaningful, effective and impactful Union Let us build the Africa we want. Let the Guns be Silenced. Let our swords be beaten to ploughshares, and our spears turned into pruning hooks. It is the actions we take from this day onwards that will determine our continent’s destiny,” Cyril said at the time.

Despite his enthusiasm over the position, the president has been quiet after recent developments in Nigeria and some South Africans are not happy about it, to say the least.

South African actress and presenter Pearl Thusi said; “I’m not one to be emotional about being blue ticked but [the] Presidency/ Cyril Ramaphosa, is it ok to ignore us?! Problems are not going to disappear! Why as the [President] of the AU are u so quiet? Not saying you’re not doing anything but u must speak to ur people [and] the [world]”.

The Economic Freedom Fighters (EFF) also called on the South African Government and the AU to send a strong message to the Nigerian government.

“We call on the government of Buhari to exercise restraint and reign on its army and security services. The EFF calls on the South African government, the African Union and ECOWAS to send a strong message to the Buhari administration to desist from human rights abuse, arrests, detention and torture of protesters,” it said.

According to reports, thousands of anti-Sars protesters took up residence at the Lekki toll gate. They were allegedly conducting peaceful sit-ins, whereby they were praying and singing their national anthem when members of the army opened fire on them.

This came after a state-wide curfew was imposed and set for 21:00. According to CNN eyewitnesses, however, the shooting took place hours before the curfew.

A witness at the protests told CNN that the shooting began after the lights were turned off at the Lekki tollgate.

“Members of the Nigerian army pulled up on us and they started firing. They were shooting, they were firing straight, directly at us, and a lot of people got hit. I just survived, barely.”

The State Government has since ordered an investigation into the incident.