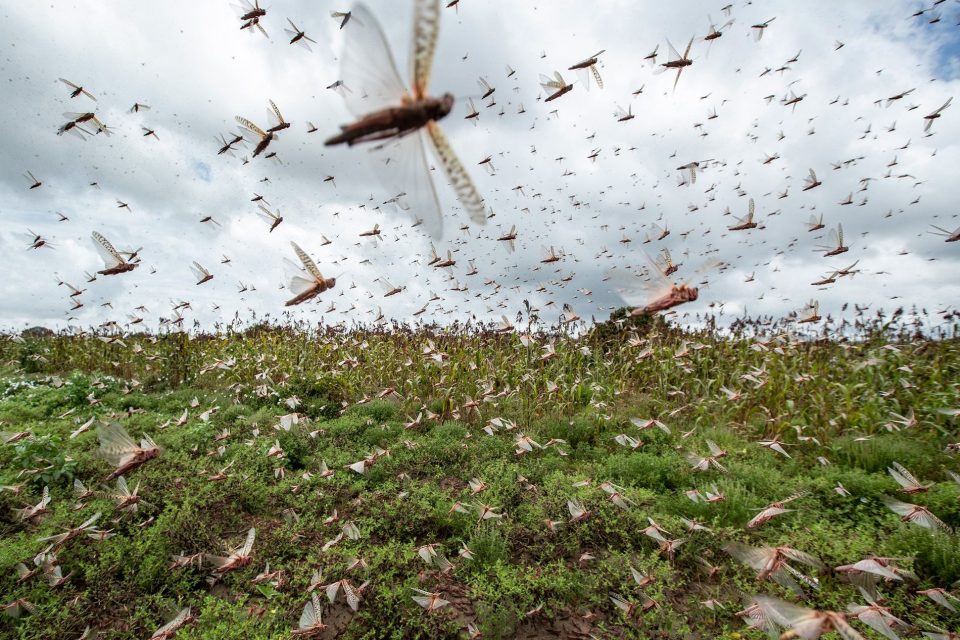 “Dangerous” locust swarms capable of devastating hectares of crops are forming in Ethiopia as it’s gripped by the worst infestation in a quarter of a century.
The United Nation’s Food and Agriculture Organisation (FAO) said more swarms are establishing as a new generation of laying begins.
“More swarms are forming from current breeding in Ethiopia and a new generation of laying has started in central Somalia and eastern Ethiopia,” FAO posted on Twitter.
READ MORE: Africa’s worst locust outbreak ‘far from over’
The FAO’s current Desert Locust Situation Report predicted the swarm could be bolstered by animals who fly in from neighbouring Yemen, in the Middle East.
The current infestation is categorised as “dangerous” by the FAO and is considered the worst extended infestation in 25 years.
Farmers and locals have been battling swarms since late 2019.
At the start of the year desert locusts also swarmed into Kenya by the hundreds of millions, from Somalia and Ethiopia.
Prime Minister Abiy Ahmed said 420,000 hectares of land have been devastated across 240 Ethiopian districts.
Comprehensive efforts have been exerted to minimise the widespread devastation caused by desert locust in parts of Amhara, Oromia, Tigray, Afar, and Somali regional states, Mr Ahmed told state media.
Desert locusts are one of the most invasive species of locusts. Adults can fly up to 150 kilometres a day and eat their own body weight, two grams, of vegetation in 24 hours.
They also have the ability to multiply rapidly.
9News
previous post

Depopulation is the Purpose of Promoting Homosexuality