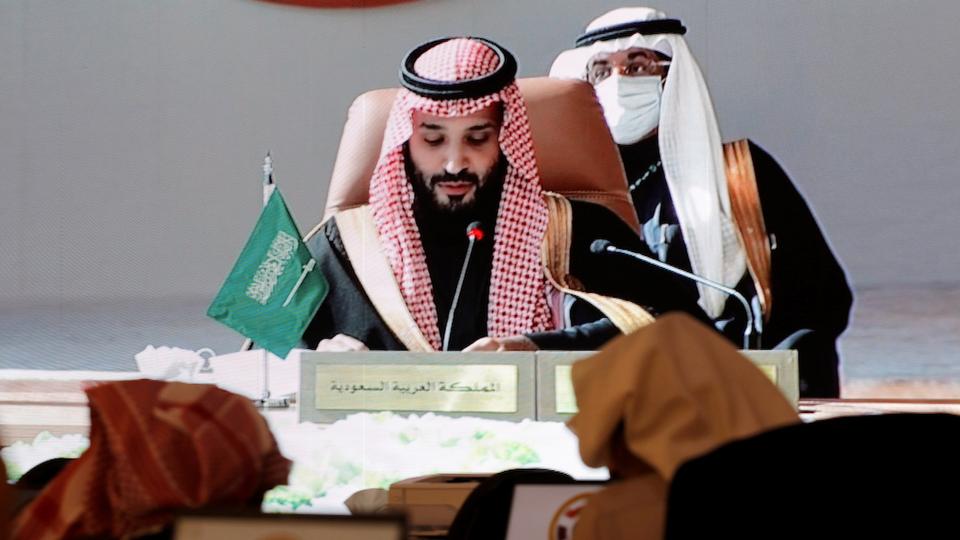 Saudi-led Arab bloc and Qatar have signed a formal agreement at a summit aimed at ending a rift that saw a three-year blockade of Doha shatter Gulf unity at a time of heightened regional tensions with Iran.

Saudi Arabia’s Crown Prince Mohammed bin Salman has said the Gulf states signed an agreement on regional “solidarity and stability” at a summit aimed at resolving a three-year embargo against their neighbour Qatar.

“These efforts helped us reach the agreement of the Al Ula statement that will be signed at this summit, where we affirm our Gulf, Arab and Islamic solidarity and stability,” he said on Tuesday, thanking the United States and Kuwait for mediating.

Ahead of the gathering, Kuwait announced that Saudi Arabia, which along with allies boycotted Doha in mid-2017, would reopen its airspace and borders to Qatar under a deal that a senior US official said would be signed in the presence of White House senior adviser Jared Kushner.

“There is a desperate need today to unite our efforts to promote our region and to confront challenges that surround us, especially the threats posed by the Iranian regime’s nuclear and ballistic missile programme and its plans for sabotage and destruction,” Prince Mohammed said.

Leaders of the six-member Gulf Cooperation Council signed two documents, the Al Ula declaration, named after the Saudi city where the summit was held, and a final communique.

Their contents were not immediately released but hopes for a deal to end the bitter impasse were raised overnight when Saudi announced it would open its borders to Doha despite lingering enmity between the neighbours.

Bahrain was represented by its crown prince instead of the king at the annual summit and the UAE delegation is headed by the federation’s vice-president, who is also the ruler of Dubai.

Egypt joined Gulf allies Saudi Arabia, the UAE and Bahrain in severing diplomatic, trade and travel ties with Qatar in 2017 over allegations it supports terrorism, a charge Doha denies. The break came at a time when regional tensions with Iran were on the rise.

US-brokered deals in the region

While Saudi Arabia made clear it intended to lift the embargo, the other three countries did not immediate comment in on the issue, but the US official said “it’s our expectation” they would also join.

Under the emerging deal, Qatar will suspend lawsuits related to the boycott, the US official said.

All of the countries are US allies. Qatar hosts the region’s largest US military base, Bahrain is home to the US Navy’s Fifth Fleet, and Saudi Arabia and the UAE host US troops.

The development is the latest in a series of Middle East deals sought by Washington, the others involving Israel and Arab states, aimed at building a united front against Iran.

Kushner, assigned to work on the dispute by President Donald Trump, will attend the ceremony in the historical city of al Ula along with Middle East envoy Avi Berkowitz and Brian Hook, a special State Department adviser.

READ MORE: Does the GCC’s unified statement on Iran indicate a patch up with Qatar?

Diplomats and analysts say Saudi Arabia was pushing reluctant allies for the deal to show US President-elect Joe Biden that Riyadh is open to dialogue.

Biden has vowed to take a harder line with the kingdom over its human rights record and the Yemen war.

Turkish government has welcomed the agreement between Riyadh and Doha, saying the efforts of international actors, particularly Kuwait, “who have contributed to the decision-making through their mediation and facilitation activities are admirable.”

“Our hope is that this conflict will be resolved comprehensively and permanently on the basis of mutual respect for the sovereignty of the countries and that other sanctions against the people of Qatar will be lifted as soon as possible,” the Turkish Foreign Ministry said.

Turkish officials met with the leadership of Saudi Arabia, Qatar and also Kuwait and urged them to resolve this matter back in 2017.

The US also hailed a much-sought rapprochement between Qatar and Saudi Arabia as they reopened their airspace and borders.

“A resolution of the wider three-year dispute between the Quartet and Qatar is in the interest of all [Gulf Cooperation Council] GCC members as well as the interest of the United States,” said a State Department spokesperson in a statement to Anadolu Agency.

Land, maritime and aerial crossings were sealed between Saudi Arabia and Qatar in June 2017, just days after Trump and Kushner traveled to former as part of the administration’s debut trip to the region.

Riyadh accused Doha of supporting militant groups and criticised its ongoing diplomatic relations with Iran after Riyadh and Tehran cut diplomatic ties the year before.

Riyadh rallied the UAE, Bahrain and non-Gulf Egypt to severed diplomatic, trade and travel ties with Qatar to further isolate the country.

Qatar denies that and says the boycott aims to curb its sovereignty.

Four Arab states boycotting Qatar had sent Doha a list of 13 demands including closing the Al Jazeera network and reducing ties to their regional adversary Iran.

Doha had repeatedly said it is open to talks without preconditions, and has not signalled publicly that it would compromise on the 13 demands of the boycotting countries.