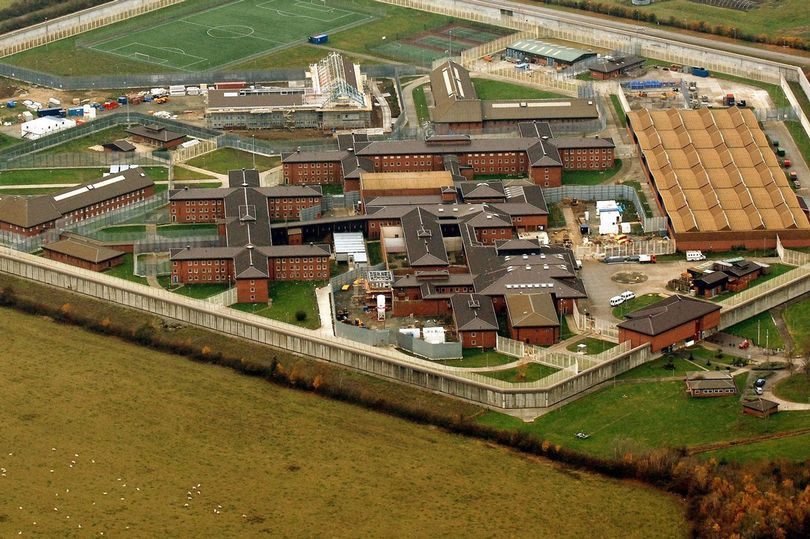 A shocking knife factory has been discovered INSIDE a ­prison – and some of the ­horrendous blades may have been sent to other jails by an unsuspecting courier firm.

The weapons machine-room was in the engineering unit at a Category B lock-up nicknamed Stab City.

Inmates used prison equipment to churn out a range of lethal weapons including 12-inch knives honed to a killing point.

The convicts were able to get away with their horrendous production at HMP Swaleside on the Isle of Sheppey, Kent, because there were no metal detector scanners.

And a source claims that a courier firm which had a contract to deliver legitimate goods to other jails was used without its knowledge to send the killer blades to other jails.

he dangerous racket has now been smashed after prison officers seized 125 makeshift knives.

But a former inmate claims the true number of weapons secretly made at the jail could be as high as 400.

A source said: “It was unreal – they were massive blades being made under the noses of the prison guards.

“There’s a packing centre in Swaleside where men pack goods like tins of tuna and Coco Pops to be delivered to inmates at other prisons.

“People in Swaleside were using a smuggled mobile phone to take orders for weapons, then someone in the packing centre was hiding them in boxes and sending them out.

“There was a massive operation to find the weapons and a number of inmates were transferred to other jails.

“But no-one knows how many knives were made and how many remain in circulation.”

Shocking pictures obtained by the Sunday People show makeshift blades measuring nearly 12 inches with a grip made from steel wire.

Another image showed a 10-inch blade handcrafted from steel with a handle wrapped in tape.

The discovery sparked an overhaul of security at the jail, with metal detectors now deployed at the workshop entrance and restrictions on which prisoners are permitted to go in the workshop.