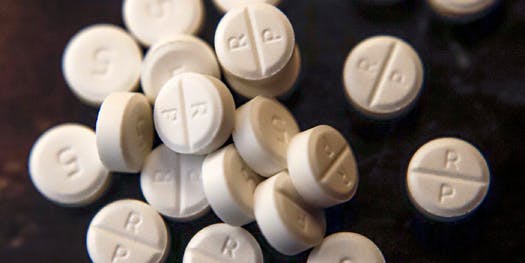 After Khadar Abi descended into drug addiction, he went to jail. He saw friends overdose. Yet he struggled to be open about it with his family.

“In Somalia … we have a stigma [that] whoever uses drugs, he’s crazy, he’s sick,” said Abi, 21, now 1½ years sober from alcohol and opioids.

Substance abuse, particularly opioids, strikes people from all different backgrounds. But discussion of it is gaining more attention in the Twin Cities’ East African community. Religious leaders are talking about the problem at mosques, treatment centers are opening for East African clients and members of the community are gathering to speak more openly about addiction.

“People are dying, so we’re going to have the conversations to talk about addiction and mental health,” Yussuf Shafie, an addiction counselor.

Shafie several years ago opened Alliance Wellness Center in Bloomington — where Abi works as part of the support staff supervising patients — to treat addiction in Somali-Americans, among others. He spoke at a forum of several hundred Somali-Americans in Burnsville last month. There, community leaders discussed how to approach the growing issue of addiction, particularly when the problem — especially with opioids — is often presented as a white one.

“The perception that this affects suburban white males is inaccurate. … All of the funding flows from that and public perception and support for these things flows from that larger understanding,” said Jordan Hansen, director of ventures for the Professional Education and Solutions team at the Hazelden Betty Ford Foundation.

Hazelden recently helped form an advisory council to discuss racial disparities in opioid use in the Twin Cities, looking at how blacks — apart from the immigrant community — experience disproportionately high overdose rates.

“Even if substance use disorders affected everyone from all walks of life, from any cultural backgrounds, the experiences that people have access to when they’re seeking recovery are very different,” Hansen said.

At the forum, the crowd saw a demonstration of how to administer naloxone, known by the brand name Narcan, to stop an opioid overdose. Noting that some question whether the practice enables drug addicts, overdose prevention trainer Randy Anderson said, “The only thing I think Narcan enables is breathing … no one will have a chance at recovery if they’re dead.”

Zakaria Abukar mentors young Somali men; one succumbed to an opioid overdose several months ago. He believes that people are not paying enough attention to the experience of “third­-culture kids,” or those raised in a culture different from their parents.

Somali-Americans said that young people may be more hesitant to share their addiction with members of the older generation, many of whom have dealt with their own traumas as refugees and stigmatize drug use.

“It’s really hard when you as a parent are dealing with your own stuff and you have your child dealing with something that’s pretty unknown to you,” Abukar said.

Some community leaders have stressed the importance of linking addiction treatment to the Islamic faith. But Islamic prohibitions against using any intoxicants — neither drugs nor alcohol — can make it difficult to address.

“Somali culture is derived from the Muslim religion, so it’s very hard to separate the two,” said Ayan Mohamed, who is founder and executive director of Changing the Narrative, a group that helped organize the forum. “When you talk about mental health and addiction, you have to talk about Islam.”

She said many older imams who hold higher positions are not very receptive to it.

“That’s what we’re trying to do with this initiative, have people come out and hopefully get the conversation going with the older leaders,” Mohamed said.

The Minnesota Department of Health developed training for about 20 imams in the Somali community in 2017, addressing how to find substance abuse treatment facilities and the nearest drop boxes for unused medications.

Kate Erickson, the agency’s opioid overdose prevention director, heard a number of stories from the Somali community about more young people being approached to buy drugs and elders who were frustrated that medical providers were hesitant to prescribe opioids they had easily gotten in their homeland.

So she got the idea to approach faith leaders about passing on knowledge about opioids.

“I know that the best way to get a message out in the Somali community is through imams,” Erickson said.

They gave training on administering naloxone to stop the effects of an opioid overdose and understanding the signs of substance abuse, and they took a tour of Alliance.

At the Dar-us-Salam mosque in Burnsville, operations coordinator Qudubi Mursal said that leaders are trying to bring more awareness about addiction to the congregation, especially during the Friday sermon.

“It’s the center of the community,” Mursal said of mosques.

Mursal, 31, said there’s more of a need for culturally sensitive training and treatment around addiction.

He sees that older East African-American residents aren’t as knowledgeable about patterns of substance abuse and the sophistication of pills and vaping devices. A lot are more focused on just alcohol and marijuana.

“A lot of them assume that it’s only boys that use [substances], or that it’s worse in boys than it is in girls,” Mursal said. “And that’s not always the case.”

When someone overdoses, some Somali-Americans said that the family passes off the death as caused by other problems.

“You can’t tell your mom you did drugs that day,” Abi said, or you’ll get in trouble.

“We don’t open up to them,” said Farhan Aden, 21, another staff member at Alliance who has been sober for one year.

He acknowledged that portrayal of the opioid crisis as a white problem has brought it to mainstream attention, “but for me addiction happens to anyone. It doesn’t choose age, color or gender.”