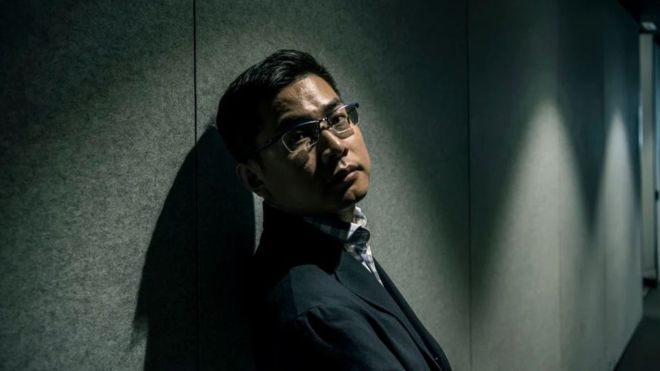 A man claiming to be a Chinese spy has applied for asylum in Australia, media reports say.

Wang “William” Liqiang has reportedly given authorities information about operations in Hong Kong, Taiwan and Australia, saying he was “personally involved” in espionage work.

Mr Wang is now in Sydney and says he fears execution if he returns to China.

Police in the Chinese city of Shanghai say Mr Wang is an unemployed fugitive who was convicted of fraud.

Australia’s Treasurer Josh Frydenberg told reporters Mr Wang’s case was “in the hands of the appropriate law enforcement agencies”, adding that his accusations are “very disturbing”.

Who is Wang Liqiang?

He reportedly gave a 17-page statement to the Australian Security Intelligence Organisation (ASIO) in October, detailing his work as well as the names of senior intelligence officials and how they run their operations.

After growing worries about his work, Mr Wang travelled to Australia where his wife was studying and living with their new born son. He is now in an undisclosed location in Sydney on a tourist visa and has applied for asylum, fearing for his safety if he returns to China.

“Once I go back, I will be dead,” he said in a clip of the 60 Minutes interview.

The force said Mr Wang, a 26-year-old from the eastern province of Fujian, was found guilty of fraud in 2016 and given a suspended 15-month prison sentence.

Shanghai police said they were investigating the case.

What does Mr Wang claim to know about?

He says his own work included infiltrating Taiwan with a fake South Korean passport to influence elections there, and working with a listed company in Hong Kong which was trying to counter the pro-democracy movement in the territory.

According to the Sydney Morning Herald, Mr Wang said he was personally involved in the kidnapping and detention of one of the five booksellers in Hong Kong in 2015. China’s government wanted to “bring a thorough deterrent effect on those people,” he told the paper.

China has always denied accusations it kidnapped the men. The country’s law enforcement agencies have no jurisdiction in Hong Kong.

A proposed bill that would have allowed the authorities to extradite criminal suspects to mainland China sparked major protests in June this year.

These have since morphed into wider demonstrations about police brutality and fears about increased authority from Beijing.

Hong Kong is a part of China, but the former British colony holds freedoms unseen on the mainland.