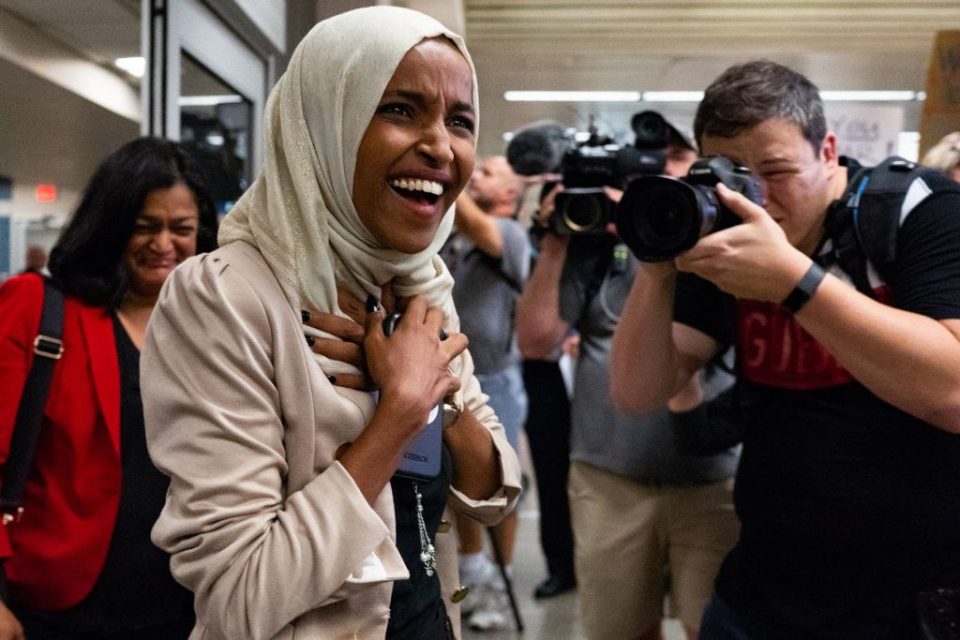 Melton-Meaux also raised more than $4 million in campaign financing, largely from outside of Minnesota, making the race the most expensive campaign in state history.

“In Minnesota, we know that organized people will always beat organized money,” Ilhan wrote on Twitter. “Tonight, our movement didn’t just win. We earned a mandate for change. Despite outside efforts to defeat us, we once again broke turnout records. Despite the attacks, our support has only grown.”

Pundits had described the primary as a contest between the liberal and progressive interests of a deep blue city and county, which highlighted differences including race, gender, national origin and religion.

Ilhan first rose to national prominence in 2016, when she became the first Somali American elected to a state legislature anywhere in the United States. She soundly defeated a longtime representative, Phyllis Kahn, in the DFL primary race for Minneapolis House District 60B.

Upon taking office, Ilhan confronted the Trump administration for implementing restrictive immigration policies, including the so-called travel ban. This policy drastically reduced immigration from predominantly Muslim countries. Among those on the ban list: Ilhan’s native Somalia.

In Congress, and now the limelight, Ilhan joined three other congresswomen of color—Alexandria Ocasio-Cortez, of New York; Ayanna Pressley, of Massachusetts; and Rashida Tlaib,  of Michigan—to form what became known as “the squad.” These progressive representatives became some of the most outspoken critics of President Trump—and the recipients of harassment and threats from far-right activists, conservative media outlets and racist trolls.

At times, Ilhan also stirred controversy. She clashed with some pro-Israel lawmakers and the American Israel Public Affairs Committee, an influential lobbying group in Washington, after posting tweets and using language that critics tied to longtime anti-Semitic tropes.

In Minnesota, Melton-Meaux and his supporters focused on that topic to discredit Ilhan and her record in Congress. Golden Valley Mayor Shep Harris, for instance, recently told Sahan Journal that he would vote for Melton-Meaux because Ilhan “has said some things, and continues to show—even in the latest campaign mail pieces that have gone out—a lack of sensitivity. At the least, a lack of a sensitivity, at the worst, anti-Semitism, for one of the historically targeted communities in our district.”

By July 22, according to figures from OpenSecrets, an online nonprofit that tracks campaign contributions, Melton-Meaux raised $4,113,010. Ilhan raised a fortune of her own, $4,221,786, with some of these contributions also coming from outside of the state. Combined, the candidates spent nearly $7 million on the DFL primary.

In addition to the financial contributions, Melton-Meaux received the backing of prominent leaders in Minnesota, including Don Samuels, former Minneapolis city council member; and Eric Kaler and Bob Bruininks, former presidents of the University of Minnesota.

But when primary day came on Tuesday, it would seem none of the jaw-dropping political endorsements and financial contributions mattered to voters in Hennepin County. They sent Ilhan to represent her in Congress for another term.

Among those Ilhan voters were Forest Hunt, Wren Keeler and Helen Dos Santos, who cast their ballots inside the gymnasium of the Van Cleve Park, in Minneapolis. They described themselves as pleased with Ilhan’s work in Washington.

Hunt and Keeler, students at the University of Minnesota, sat on a bench outside the park Tuesday morning after voting for Ilhan. “I just think she’s very cool,” Hunt said. “I respect almost all her policies. I voted for her last time and will probably continue voting for her.”

Keeler added, “She seems to be the most-liked candidate running.”

Helen Dos Santos walked out of the back door of the gym with an “I Voted” sticker stamped on her chest. She, too, gave her vote to Ilhan. “She’s progressive,” she said. “She stands up for the people.”

Santos said she decided to get out the vote after hearing about out-of-state interest groups pouring millings of dollars into Melton-Meaux’s campaign.

“He seems to be backed by people that aren’t necessarily in the people’s best interest,” Santos added. “They’re just trying to defeat Ilhan Omar, and she’s been doing a great job. So I made sure I come out to support her.”

Santos also praised Ilhan’s tendency to speak her mind and put forth progressive policies, regardless of what others think of her.

“She’s saying the things that need to be said,” Santos said. “She believes in it and she’s trying to implement as much as she can.”

In the November general election, Ilhan will face GOP-endorsed Lacy Johnson, a longtime resident of north Minneapolis who has raised more than $4.3 million in campaign finances. While it took some earnest campaigning to best Melton-Meaux, the next round may prove easier. A Republican hasn’t represented Minneapolis in Congress since 1963.

Ibrahim Hirsi is a reporter at Sahan Journal, where he covers immigrant communities and the politics and policies that affect them. He was previously a staff writer for MinnPost and MPR News. Ib