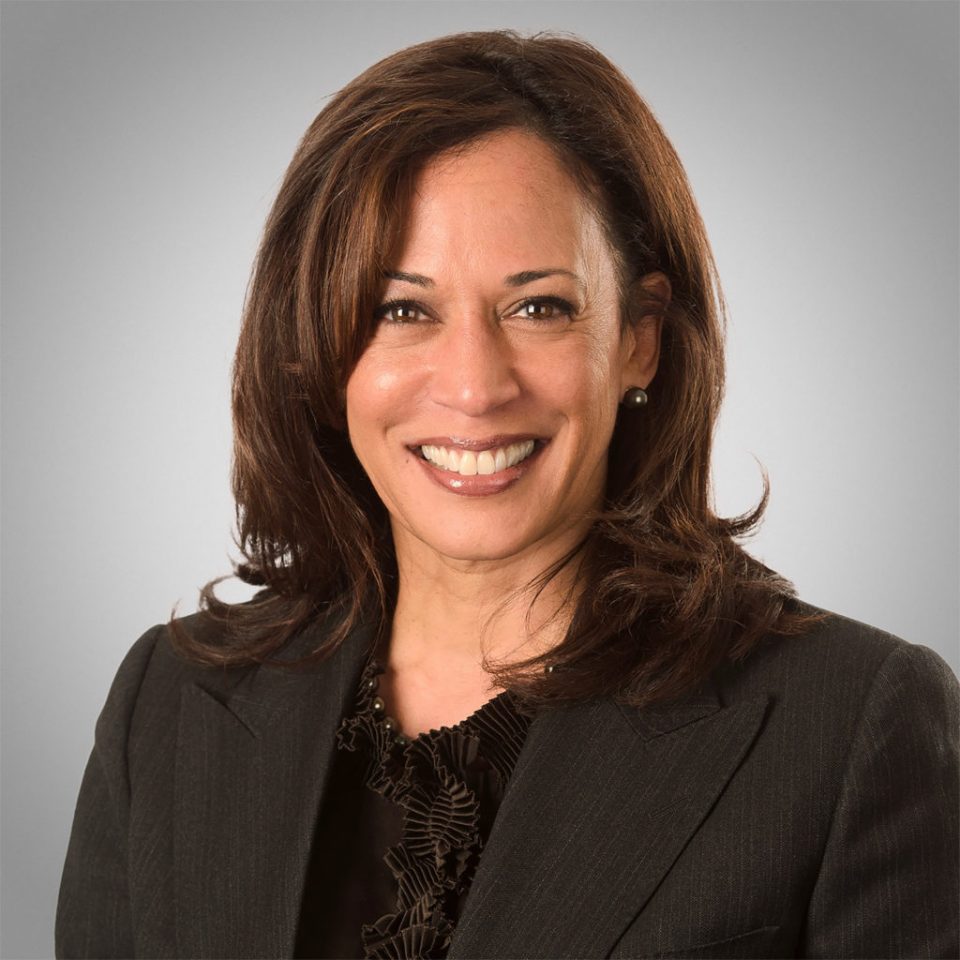 Democratic presidential candidate Joe Biden has named Senator Kamala Harris as his running mate. She is the first black woman to serve in the role.

Once a rival for the top job, the California senator of Indian-Jamaican heritage had long been considered the front-runner for the position.

The former California attorney-general has been urging police reform amid anti-racism protests.

Mr Biden will face President Donald Trump in the election on 3 November.

Only two other women have been nominated as vice-presidential candidates – Sarah Palin by the Republican party in 2008 and Geraldine Ferraro by the Democrats in 1984. Neither made it to the White House.

A woman of colour has never been appointed to a presidential ticket by either of the two main American political parties. No woman has won the US presidency either.

What did Biden say?

Mr Biden tweeted that he had “the great honour” to name Ms Harris as his number two.

He described her as “a fearless fighter for the little guy, and one of the country’s finest public servants”.

He noted how she had worked closely with his late son, Beau, when she was California’s attorney general.

“I watched as they took on the big banks, lifted up working people, and protected women and kids from abuse,” he tweeted.

“I was proud then, and I’m proud now to have her as my partner in this campaign.”

The campaign announced that Mr Biden and Ms Harris will deliver remarks in Wilmington, Delaware, on Wednesday afternoon on “working together to restore the soul of the nation and fight for working families to move the country forward”.

Who is Kamala Harris?

Ms Harris, 55, dropped out of the presidential race in December.

She repeatedly clashed with Mr Biden during the primary election debates, most notably criticising his praise for the “civil” working relationship he had with former senators who favoured racial segregation.

The Democrat was born in Oakland, California to two immigrant parents: an Indian-born mother and Jamaican-born father.

She went on to attend Howard University, one of the nation’s preeminent historically black colleges and universities. She has described her time there as among the most formative experiences of her life.

Ms Harris says she’s always been comfortable with her identity and simply describes herself as “an American”.

In 2019, she told the Washington Post that politicians should not have to fit into compartments because of their colour or background. “My point was: I am who I am. I’m good with it. You might need to figure it out, but I’m fine with it,” she said.

After four years at Howard, Ms Harris went on to earn her law degree at the University of California, Hastings, and began her career in the Alameda County District Attorney’s Office.

She became the district attorney – the top prosecutor – for San Francisco in 2003, before being elected the first woman and the first African American to serve as California’s attorney general, the top lawyer and law enforcement official in America’s most populous state.

In her nearly two terms in office as attorney general, Ms Harris gained a reputation as one of the Democratic party’s rising stars, using this momentum to propel her election as California’s junior US senator in 2017.

She launched her candidacy for president to a crowd of more than 20,000 in Oakland at the beginning of last year.

But the senator failed to articulate a clear rationale for her campaign, and gave muddled answers to questions in key policy areas like healthcare.

She was also unable to capitalise on the clear high point of her candidacy: debate performances that showed off her prosecutorial skills, often placing Mr Biden in the line of attack.

The self-described “progressive prosecutor” tried to emphasise more left-leaning parts of her legacy – requiring body cameras for some special agents at the California Department of Justice, the first state agency to adopt them, and launching a database that provided public access to crime statistics, though she failed to gain traction.

“Kamala is a cop” became a common refrain on the campaign trail, spoiling her attempts to win over the more liberal Democratic base during the primaries. Those same law enforcement credentials could, however, prove beneficial in the general election when Democrats need to win over more moderate voters and independents.

The Trump campaign said the choice of running mate was proof that Mr Biden is “an empty shell being filled with the extreme agenda of the radicals on the left”.

“Not long ago, Kamala Harris called Joe Biden a racist and asked for an apology she never received,” the campaign said.

“Clearly, Phony Kamala will abandon her own morals, as well as try to bury her record as a prosecutor, in order to appease the anti-police extremists controlling the Democrat Party.

“In her failed attempt at running for president, Kamala Harris gleefully embraced the left’s radical manifesto, calling for trillions of dollars in new taxes and backing Bernie Sanders’ government takeover of healthcare.”

Earlier on Tuesday, President Trump said in an interview with Fox Sports Radio that some men might feel “insulted” by Mr Biden’s commitment to pick a woman as his vice-presidential candidate.

Mr Biden pledged in March to name a woman on the ticket.

Susan Rice, the Obama-era White House national security adviser who was also on the vice-presidential shortlist, was among the first to congratulate Ms Harris.

“Senator Harris is a tenacious and trailblazing leader who will make a great partner on the campaign trail,” said the former diplomat.

“I am confident that Biden-Harris will prove to be a winning ticket.”