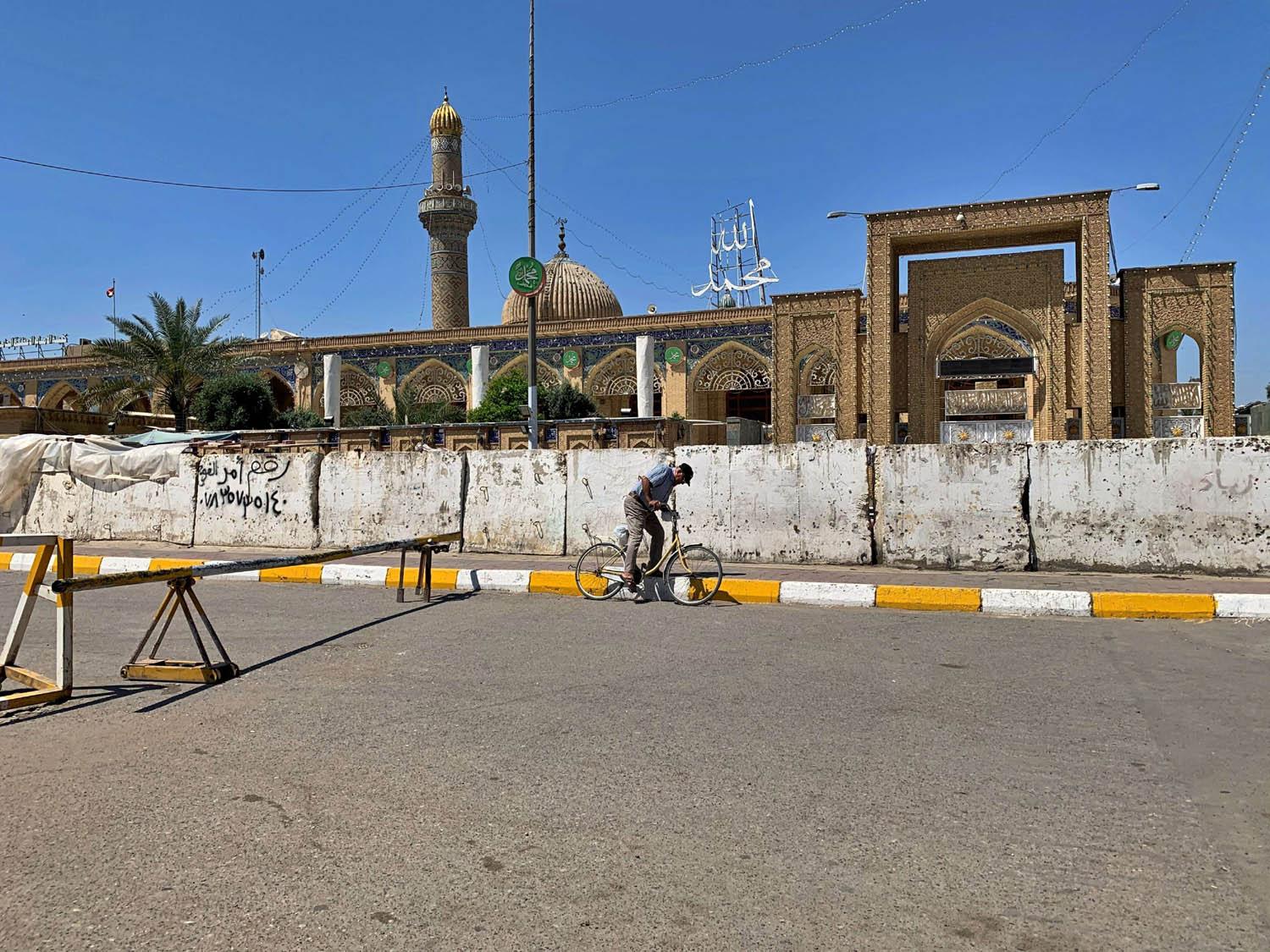 The Sunni house is the first to be restored from all other Iraqi homes, being the only house whose corners are destroyed and its links scattered, for the blood of its children to be lost among the tribes, to eliminate its competencies and to be excluded from participating in the national Iraqi decision-making.

The Shiite and Kurdish houses were the pillars of the political process that was built by mistake, after 2003, for the pillars of the torn Iraqi House to be erected, and a strategic alliance was established between them that lasted for more than a decade. The Sunni house did not find a place for it to be, despite Iraq was built on the shoulders of its men for centuries, and I want it to be removed from the Iraqi equation, being the solid component that does not accept that Iraq be humiliated, or that it be shared by jackals, and the predatory wolves that revolve near it, from all sides, and they are men For centuries, the Sunni component has preserved the land, honor and honor from abuse.

The Shiite house remains now the most powerful in terms of “hegemony” with a neighboring regional power, to unfairly seize the capabilities of homes and other components, which have nothing left but dry meat and rotten bones.

The Shiite House used illogical “grievances” supported by it by major powers, led by the United States and Britain, and Iran was the center of defense for that alleged injustice, and it is now the one who has authority and decision, and the Sunni component now has nothing but structures that have no soul or blood, It is akin to being dead in its disgusting, misleading, sometimes disgusting participation.

The Kurdish house also benefited from its alliance with the Shiite house, and turned the Sunni house into décor or cantons from provinces that were torn apart, by creating criminal terrorist gangs of various forms that raided their provinces, and that if their forms appeared to be contradictory, but in the contents they seem close in their goals and orientations in catching up the largest Serious damage to the Sunni home, in order to destroy its original Arab Arab pillars, which history cannot but testify to that its men are the forefathers of construction, civilization and values, and those who praise an Iraq feared by nations and set a thousand accounts for it.

Some of the men of the Sunni component tried to have a role, and others searched for a “greatness” to block the mouths of those thirsty for power, but they failed to have even a minimum of interest in being able to do justice to the oppression of their component in a day, and hundreds of people went Thousands of their people were taken to death blows and secret and public detention prisons, and their fate was gone for many years, and they became in the news.

The Shiite House, despite all the cases of difference between its currents, forces and parties, is still the main actor, despite the revolution of the hungry and freedom that was launched among its quarters, and the demonstration squares were fields of honor, which wanted to restore to Iraq its prestige, but there are governmental and party bodies that grappled their demonstrations and killed them as well, because it felt It is in front of the will to revive the Iraqi home, so it has faced all kinds of abuse, murder, disappearance, arrests, and crimes, and now it is fluctuating the area of ​​its influence, despite the fact that all Iraqis raise hats for it, when they made sacrifices, it is almost the hope of the Iraqis and their light that they wait for at the end of the tunnel Hoping that their sun will rise one day, and they are still in spite of all kinds of abuse, they try every time, to be the brightness of the anticipated Iraqi building, but they collide each time against the wall of the Shiite house that turned the tables on their heads, ended their existence, and evacuated the yards Demonstration against the noses of the rebels and the will of the free.

The Sunni house is torn apart, too, and is in a state of torpor, retreat, retreat, and confinement, and the battle for power among its men is almost reaching its “scattered” to the western borders of Iraq, and each of them wants to be the master and the others followers.

The men of the Sunni component, apparently, did not notice that the fortresses of dictatorship and the narrow selfish interests were no longer acceptable, but rather that the unity between its forces and its men and the reformulation of a joint action strategy is the most urgent, after their component of the woes saw what was graying the heads of the boys, and it breaks out of its horror The land and the mountains, as a result of the kinds of torment, humiliation and humiliation they faced, two decades ago, and their loss of history and status may be much longer than that, if the state of dissonance and dishonorable rivalry between them continues, they top the scene, and if they do not remedy their affairs and unite their ranks, the jackals will eat them. The wolves that revolve close to them and their neighborhoods are devouring them, and they are waiting for the opportunity to capture them and hand over their necks to those who have a lust for revenge against them, and from attempts to restore their dignity and glory again.

Wake up, leaders of the Sunni component, on your destiny and the fate of your family, put the interest of your people and your component in the first place, so that you do not overstate your position in which your dignity was lost and wasted. This kind of rivalry, division and fragmentation, we will read peace on Iraq.

The Sunni home will not be a means for dissent or separation from Iraq, one day, for they are first in the unity of Iraq, and they are the first to preserve the honor of the Iraqi men and women from abuse. The ranks and restoration of glory, and the building of development and a state of institutions that establish a state of justice and equity, without abhorrent sectarianism or divisive calls.

Preserve your governorates and all the governorates of Iraq from west to east and from north to south, and you are the ones who look to you for the generations as the bearers of the banner of restoring Arab glory and glory, and you are the builders of Iraq and those who witness to you the battlefields that you are its honest hunting men, and you are now in front of the temporary Iraqi construction triangle, Which depends on the Shiite, Sunni and Kurdish house, so do not waste the prestige of your house. The others, their homes are more full than you, and their traditional strength is dominant and tyrannical, and what is required is that you do not lower your heads in front of them, and receive your papers that are in your interest. .

There are no fears of all other homes if you restore your home, because in the reconstruction of your Sunni home, it is the reconstruction of all other homes, so that all Iraqi homes remain full, because you have no grudges in your hearts or grudges against anyone, and that is why when they are assured that you have rebuilt your Iraq, it will disappear All the sectarian homes, and the Iraqi house remains the only one that raises the flapping flag of Iraq high, boasting glory and pride.

Yosef brothers, you are guilty of your fate and your future, not to throw you in the absence of the dungeon, because you were the lights of Iraq and its shining candles .. So you faced the hatred of the wicked and those who wanted you badly.

Before it’s here, it’s on the Middle East Online