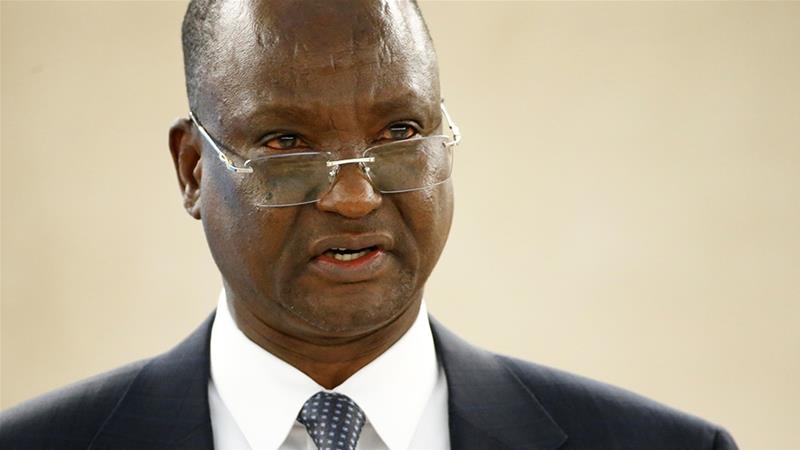 The US on Wednesday imposed sanctions on South Sudan’s First Vice-President Taban Deng Gai for his involvement in serious violations of human  rights “including the disappearance and death of civilians.”

The US Department of the Treasury’s Office of Foreign Assets Control (OFAC) said it was penalising Mr Gai  for his hand in silencing critics, including through death; making him the latest top official to face the wrath of Washington’s sanctions. Gai, as sanctioned is barred from entering US territory, own assets there or do business with Americans.

But the US charges his strategy was to weaken the actual SPLM-IO, led by former Vice-President Riek Machar, who had signed a peace agreement with Kiir in 2015, but which collapsed in 2016 forcing Machar to flee.

Washington says Gai profited by dividing SPLM-IO, the broader Nuer community he comes from “which has extended the conflict in South Sudan and deteriorated the reconciliation and peace process.”

In September 2018, Machar and Kiir signed another revitalised peace agreement and would have formed a government of national unity six months later. The two leaders failed to agree on the formation of that government and have extended the deadline twice. Mr Gai is accused of frustrating efforts at peace.

“The United States calls on all nations to exclude from the international financial system those who jeopardize South Sudan’s future.”

The US Treasury says that as the  Vice President, Deng reportedly arranged and directed the disappearance and deaths of human rights lawyer Samuel Dong Luak (Dong) and SPLM-IO member Aggrey Idri (Aggrey).

“Deng directed these actions in order to solidify his position within President Kiir’s government and to intimidate members of the SPLM-IO.”

The designation of Deng follows another in December 10, 2019 where five South Sudan security chiefs were accused and sanctioned  for aiding the disappearance and reported deaths of Dong and Aggrey.

The country, the world’s youngest nation, hasn’t known peace since December 2013. An investigation by the watchdog The Sentry, founded by US Actor George Clooney says most of the revenues from the countries oil have been looted as leaders fuel conflict to gain personally.

On Wednesday, John Prendergast, Co-Founder of The Sentry, said the sanctions on Gai “represents a significant and important ratcheting up of US financial pressure designed to break the impasse in South Sudan and hold those impeding peace accountable.”

“The longer South Sudan’s senior leaders continue to delay the implementation of meaningful peace agreements, the longer these leaders profit and the people of South Sudan suffer,” he said in a statement.

“Over the past two years, the United States has sustained a campaign of pressure that is now appropriately directed at senior officials like Taban Deng, who have benefited financially and politically from conflict. These measures should continue until lasting peace is realised.”

JR Mailey, the Director of Investigations at The Sentry, said Gai had been responsible for the country’s public theft of funds and the obstruction of the peace process

“Other South Sudanese officials should consider this a sign that, unless significant progress toward a peaceful transition is made, pressure will continue to intensify.”