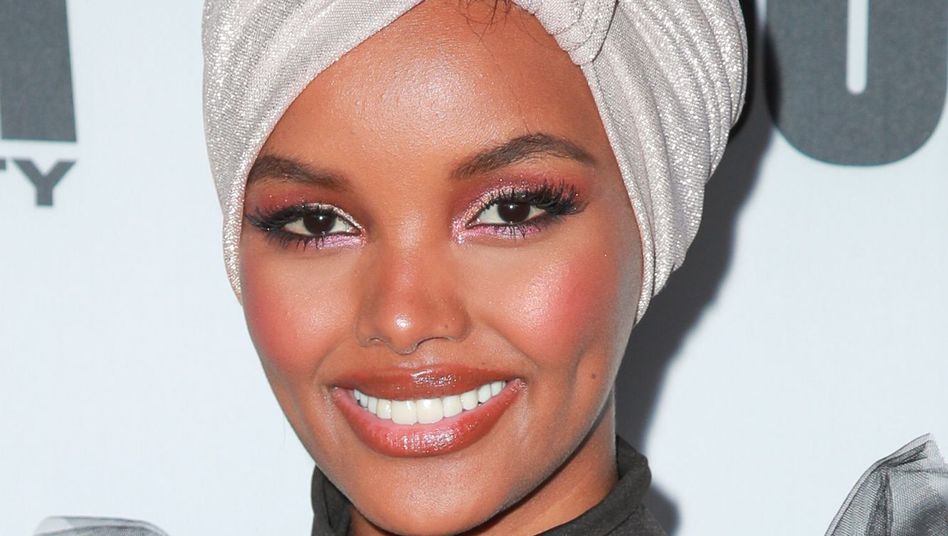 When Halima Aden made the cover of Vogue Arabia in 2017 as the first hijab-wearing woman to cover a Vogue title, it was certainly a momentous occasion. However, some criticised the appearance of the young Somali model styled in a covered yet form-fitting dress, while being worked on by male make-up artist Hung Vanngo.

At the time, the young model celebrated her feat, but in a series of Instagram Stories on Tuesday, November 24, Aden revisited many of these early career highlights from a new perspective – one that questions how her modelling journey has impacted her spiritual one.

“This wasn’t ‘representation’, this was mockery. I was too young and naive to see it back then,” she says of her 2017 Vogue Arabia cover.

Her faith, she states, was strongest when she was around her family, and her hijab was “on point” when she was surrounded by her Somali culture.

“Thanks to Covid and the break away from the industry, I have finally realised where I went wrong in my personal hijab journey,” she says, before sharing images of past fashion shoots and pointing out mistakes she now believes she made in her representation of the hijab.

Aden’s first beauty campaign was for Fenty Beauty, and she thanked Rihanna for letting her wear a plain black headscarf that she brought with her.

“I wish I never stopped bringing my black hijab to set. Because the minute I got comfortable … well, let’s just say I got too carried away,” writes Aden.

Aden also brings up the hijab she collaborated on with American Eagle Outfitters, tearing into the campaign image that featured a pair of jeans piled over her head.

“As if we ever needed these brands to represent hijabis. They need us. Never the other way around. But I was so desperate back then for any ‘representation’ that I lost touch with who I was,” writes Aden.

Of a shot in which she is covered in green fabric and an intricate, yellow head wrap, Aden writes: “I remember want[ing] to be the ‘hot hijabi’, as if that didn’t just defeat the whole purpose. A hot mess is what it was, truthfully.”

In all of the photographs Aden reposts, her hair and body are covered, but her comments suggest that the styling, in many ways, was not reflective of “true” hijab.

She has starred in countless runway shows, magazine features and campaign shoots, shattering stereotypes of Muslim women and opening the door for future hijab-wearing models. Yet, she states in her Instagram Stories that there’s a “lack of Muslim women stylists” in the industry.

“I can only blame myself for caring more about the opportunity than what was actually at stake. I blame myself for being naive and rebellious,” writes Aden. “No matter what I or anyone else has preached to you about the industry … it ain’t for us. Never was. So go in knowing that and knowing you,” she writes.

Two shoots that Aden remains pleased with are a 2017 Ramadan campaign for now-defunct e-commerce site The Modist, and an April 2019 Vogue Arabia cover – because they were both “with girls, and the hijab was visible”.

She also shared an image from her 2017 partnership with Etihad Airways, where she is dressed in a black abaya and hijab with the comment: “I started off so strong – but no worries I’m coming back, girl!”

Throughout her burst of image-sharing, the model repeatedly thanked her mother for never giving up on her, even though she pleaded with her daughter to quit modelling years ago. She also thanked her mother for reminding her to prioritise spirituality over worldly pleasures. “If I continued down this path, I would’ve definitely lost my hijab completely,” writes Aden.

“My mom said: ‘Go correct it, you were good and blessed before fashion. They came to you. What are you scared of? Correct the mistake you made publicly.’ I never felt more free and relieved … thank you Covid, because being back home with [my mom] has put so much into perspective. I’m not rushing back into fashion,” Aden concludes.