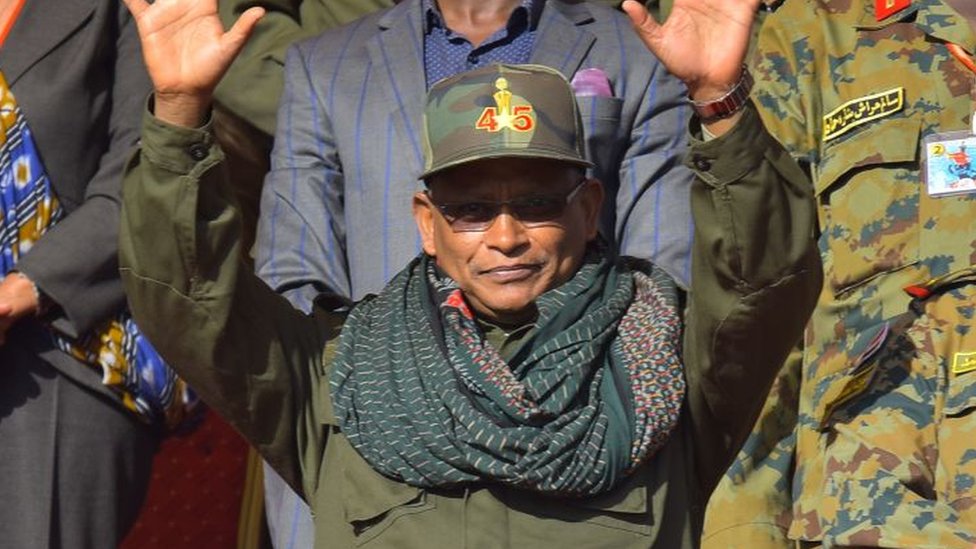 The fugitive leader of Ethiopia´s embattled Tigray region has reportedly made his first public comments in three months, urging the international community to investigate alleged “genocide” and other abuses by forces including those from neighboring Eritrea.

It was not immediately possible to verify the audio comments by Debretsion Gebremichael posted late Saturday by Tigray-allied media outlet Dimtsi Weyane. He has been on the run since shortly after fighting broke out in early November between Ethiopian and allied forces and those of the Tigray region who had dominated the country´s government for nearly three decades.

But the comments seemed to note the recent killings of other fugitive Tigray leaders. “Many have paid and many are continuing to pay the ultimate sacrifice,” Debretsion said.

He urged Tigray residents to “continue the struggle” and vowed to do the same against those who are “working with all their might to destroy our existence and identity.”

The comments also alleged widespread murder, rape, torture and intentional starvation. “They are carrying away what they can and burning what remains,” he said.

A spokeswoman for Ethiopian Prime Minister Abiy Ahmed did not comment. 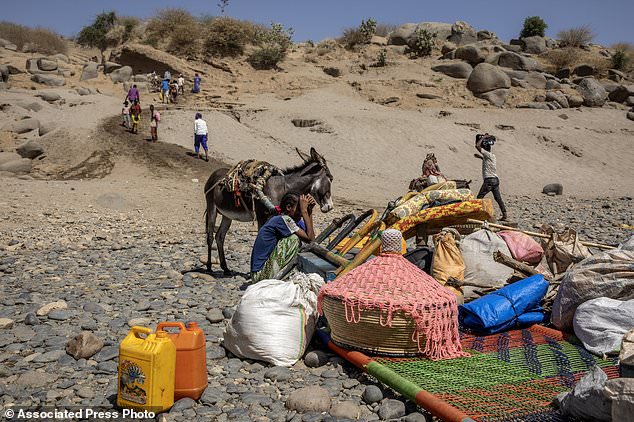 FILE – In this Nov. 21, 2020, file photo, refugees who fled the conflict in Ethiopia’s Tigray region arrive with their furniture and donkey on the banks of the Tekeze River on the Sudan-Ethiopia border, in Hamdayet, eastern Sudan. Huge unknowns persist in the deadly conflict, but details of the involvement of neighboring Eritrea, one of the world’s most secretive countries, are emerging through witness accounts by survivors and others. (AP Photo/Nariman El-Mofty, File)

Abiy sidelined the Tigray leaders after taking power in early 2018 and introducing political reforms that led to him being awarded the Nobel Peace Prize. But his government and the now-fugitive Tigray one came to regard each other as illegitimate, especially after Ethiopia delayed its national election last year to mid-2021, citing the COVID-19 pandemic.

The Tigray conflict continues largely in shadow. Some communications links are severed, residents are scared to give details by phone and almost all journalists are blocked. Thousands of people have died.

Ethiopia´s government on Friday privately told Biden administration staffers that Tigray has “returned to normalcy” and more than 1 million people had been reached with aid, but new witness accounts describe terrified residents hiding in bullet-marked homes and a vast rural area where effects of the fighting and food shortages are yet unknown.

Last week the Biden administration has pressed Eritrea to “immediately” withdraw its soldiers from Tigray, citing credible accounts of looting, sexual assault and other abuses. The Eritreans have been fighting alongside Ethiopian troops against the Tigray forces. 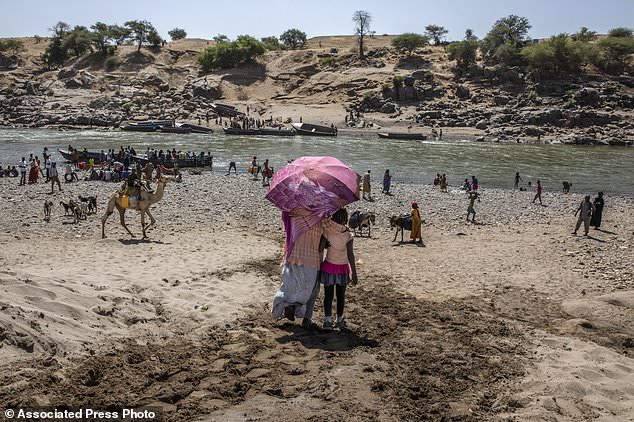 FILE – In this Nov. 21, 2020, file photo, refugees who fled the conflict in Ethiopia’s Tigray region arrive on the banks of the Tekeze River on the Sudan-Ethiopia border, in Hamdayet, eastern Sudan. Huge unknowns persist in the deadly conflict, but details of the involvement of neighboring Eritrea, one of the world’s most secretive countries, are emerging with witness accounts by survivors and others. (AP Photo/Nariman El-Mofty, File)

India – A Dangerous Place For Women To Live

Coups, insurgency, and imperialism in Africa