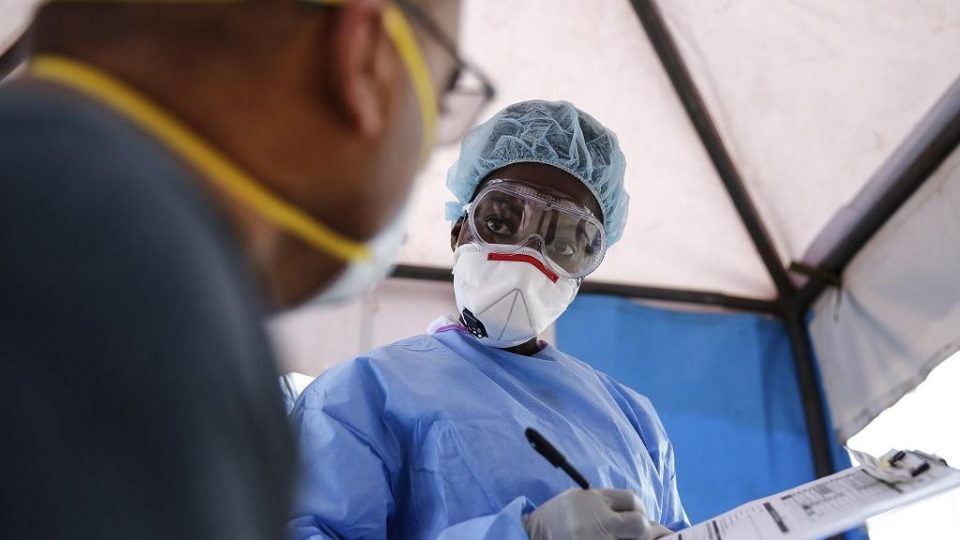 On April 10, a discussion in a French TV suggested that tests for Covid-19 vaccines should be done in Africa, “where there is no treatment, no masks and no intensive care”.

The sentiments were uttered by Jean-Paul Mira, head of intensive medicine and the intensive care unit at Paris’ Cochin hospital.

“If I can be provocative, shouldn’t this study be done in Africa, where there are no masks, no treatment, no intensive care, a bit like it is done in some studies on AIDS or among prostitutes. We try things because we know they [sex workers] are highly exposed and they don’t protect themselves. What do you think about that?” said Dr Mira.

The sentiments brewed a storm online, but two weeks since they were uttered, a BBC journalist has repeated the same, this time being specific for Kenya.

According to Medical Correspondent for the BBC Mr Fergus Walsh, a vaccine for Covid-19 has already been developed in the UK, and Kenya is one of the first places where it is being tested.

“If they do not get quick results in the UK, they are considering a trial in Kenya where the epidemic of coronavirus is on the rise. This vaccine is known to produce a strong antibody response but that doesn’t necessarily equate to protection. We are going to need many vaccines, there are dozens in development so then we will need billions of doses and expect a huge debate over which countries and which groups of people get the vaccine first,” he said

The French medics just mentioned Africa as a potential testing ground. Now a senior @BBCWorld journalist @BBCFergusWalsh thinks that Kenya should be a testing ground.

We are his guinea pigs. Idiot!!

A WHO spokesperson quoted by Nature said that 25 African countries had expressed an interest in taking part in the test of the vaccines.

“But delays in securing supplies and expertise, as well as in regulatory processes, could hinder trial launches in the weeks to come. That’s a matter of concern to Michel Yao, WHO’s programme manager for emergency response in Africa. He says, “It’s important that we get as many African countries as we can.”,” Nature reported.

It was also revealed that a research team from the University of Nairobi’s Kenya AIDS Vaccine Initiative Institute (KAVI) for Clinical Research is identifying candidates for a future national vaccine trial, according to Marianne Mureithi, a postdoctoral researcher and member of the team.

A month later, all indicators show that the vaccine is already being tested in Kenya.

The team is led by Prof Omu Anzala from the KAVI Institute of Clinical Research (KAVI-ICR) based at the College of Health Sciences of the University of Nairobi.

Anzala is also working with Sanofi and GlaxoSmithKline (GSK), which announced an agreement in a signed letter of intent to develop an adjuvanted vaccine for Covid-19 in UK. This means that the vaccine might not be developed locally.

Globally, the vaccine business is dominated by four players, Pfizer, Merck, GlaxoSmithKline, and Sanofi. Having Sanofi and GlaxoSmithKline in Nairobi could mean that the vaccine is developed overseas, and Kenya is only a testing ground.

Anzala was incorporated into the team on March 22, 2020. He was one of the principal investigators of the first HIV vaccine trial in Kenya, the second in Africa.

He also served on the European & Developing Countries Clinical Trials Partnership (EDCTP) Clinical Committee between 2011 to 2013, making him one of the best links for Europe to bring the vaccines into Kenya.

It emerges that Kenya is one of the favourite target for the tests, and the vaccine could already be in the country, according to our sources and media reports.

One source privy of the going-ons says that recruitment for volunteers to undertake the vaccine is being done in trust vaccines field office in Kilifi under one Prof Anthony Scott of Oxford University.

Scott is a co-director, with Tom Williams, of the Kilifi Health and Demographic Surveillance System (KHDSS), a population-based surveillance of vital events and migration among 250,000 people linked to morbidity surveillance Kilifi District Hospital.

This makes his access to volunteers easy, in a town that has very little media presence.

“There was an advertisement for ‘volunteers’ to be paid 400k for participating in the COVID19 vaccine trail. This will be done from welcome trust vaccines field office in Kilifi under one Prof Anthony Scott of Oxford University,” said the source who sought anonymity.

For now, it is not clear who is funding the said ‘research’ in Kenya, but it is suspected that it is a scapegoat that is being used while the trials done in Kenya.

In an article published today, BBC revealed that the Oxford University team, which has developed the first vaccine in UK, is working with researchers in Kenya about a vaccine trial here.

The first human trial in UK of a coronavirus vaccine begun this week in Oxford, where more than 800 people have been recruited for the study.

Half will receive the Covid-19 vaccine, and half a control vaccine which protects against meningitis but not coronavirus.

Volunteers will not know which vaccine they are getting, though doctors will.

On April 21, the Kenya Medical Research Institute (KEMRI) announced that it was in the process of making a vaccine for coronavirus with a possible candidate vaccine prototype expected in October.

It is estimated that development of such a vaccine could cost up to Ksh50 billion, which is not affordable for the two teams developing the vaccine in Nairobi, putting to question the authenticity of the announcements.

“The total cost of production from the start to the end cannot be less than $500 million. It is not cheap. Once we reach a point of candidate vaccine we must have a way of partnering with a company or some interested people,” said KEMRI Director-General Yeri Kombe.

This leaves us with one assumption, the vaccine is already being tested in Kenya, in disguise of development.

According to WHO, there are over 115 vaccines against Covid-19 globally, but only five candidates are already in the clinical trials, meaning they are being tested in people.

This raises another question, the logic of using over Ksh100 billion for the two institutions to start a process with uncertain timelines and outcome.

Our moles indicate that soon volunteers could start receiving the vaccine in Nairobi and Kilifi, as Europe starts the trials in Africa.