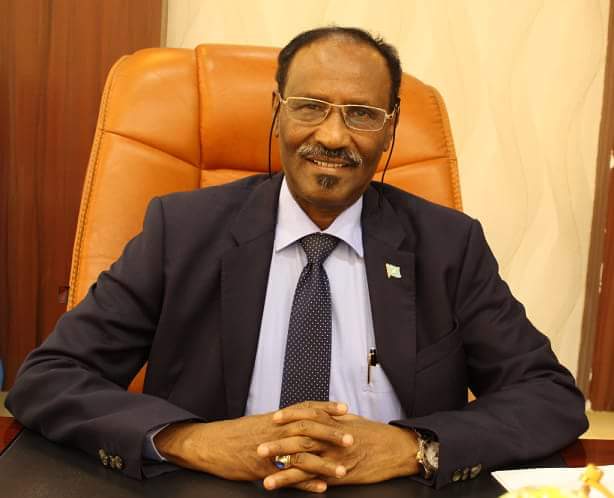 WASHINGTON (Reuters) – Somalia’s 2-million strong diaspora has a huge role to play as the Horn of Africa country rebuilds its economy and resets ties with major international institutions after three decades as a “failed state,” Somalia’s finance minister said.

Long saddled with $5.3 billion in debt, Somalia is in the process of inking debt forgiveness deals with the World Bank, the International Monetary Fund and other big institutions after nearly three decades of clan warfare, famine and sporadic terror attacks by al Qaeda-linked militant group al Shabaab.

Somali Finance Minister Abdirahman Duale Beileh, a longtime member of the diaspora himself, will finalize a debt forgiveness agreement on Monday with the African Development Bank in Abidjan, another milestone as Somalia normalizes ties with the rest of the world.

He signed the first of several such deals with the World Bank on Thursday in Washington, paving the way for Mogadishu to receive deeper and broader financial and technical support, and expects the IMF to follow suit later this month.

“It’s a historic moment,” Abdirahman told Reuters in an interview on Friday. “I’m really happy I get to participate in the renaissance, the rebirth of Somalia.”

He said he hoped the creditors would agree to cancel about 75% or 80% of Somalia’s debt, with the remainder to be repaid on strict and closely supervised terms over the next few years.

Those agreements will pave the way for Somalia to receive grants and concessional financing to build new water and energy infrastructure, fund education and expand fisheries and other potential sources of revenue, Abdirahman said.

But he said he is also relying on help from Somalis living in the United States, Canada and elsewhere, who contribute about $2 billion or 40% of Somalia’s gross domestic product in remittances each year, to shore up trust in the government, invest in businesses and move the country forward.

“We need a big perception change, a big cultural shift,” he said, noting that 75% of Somalis were under 30 years old and had no memory of more normal times before 1991. “It is totally a shift of paradigm, a shift of attitude.”

Educated and working in the West, he said he was counting on diasporan Somalis to change the attitudes of their clansmen back home, and support a range of reconstruction projects. Women also had a huge role in rebuilding the economy, he said.

To guide its work, Somalia is now building a database of potential donors and investors among diasporan Somalis.

Abdirahman, who also holds a U.S. passport, plans to do his own outreach during a visit to one of the biggest communities in Minneapolis in May.