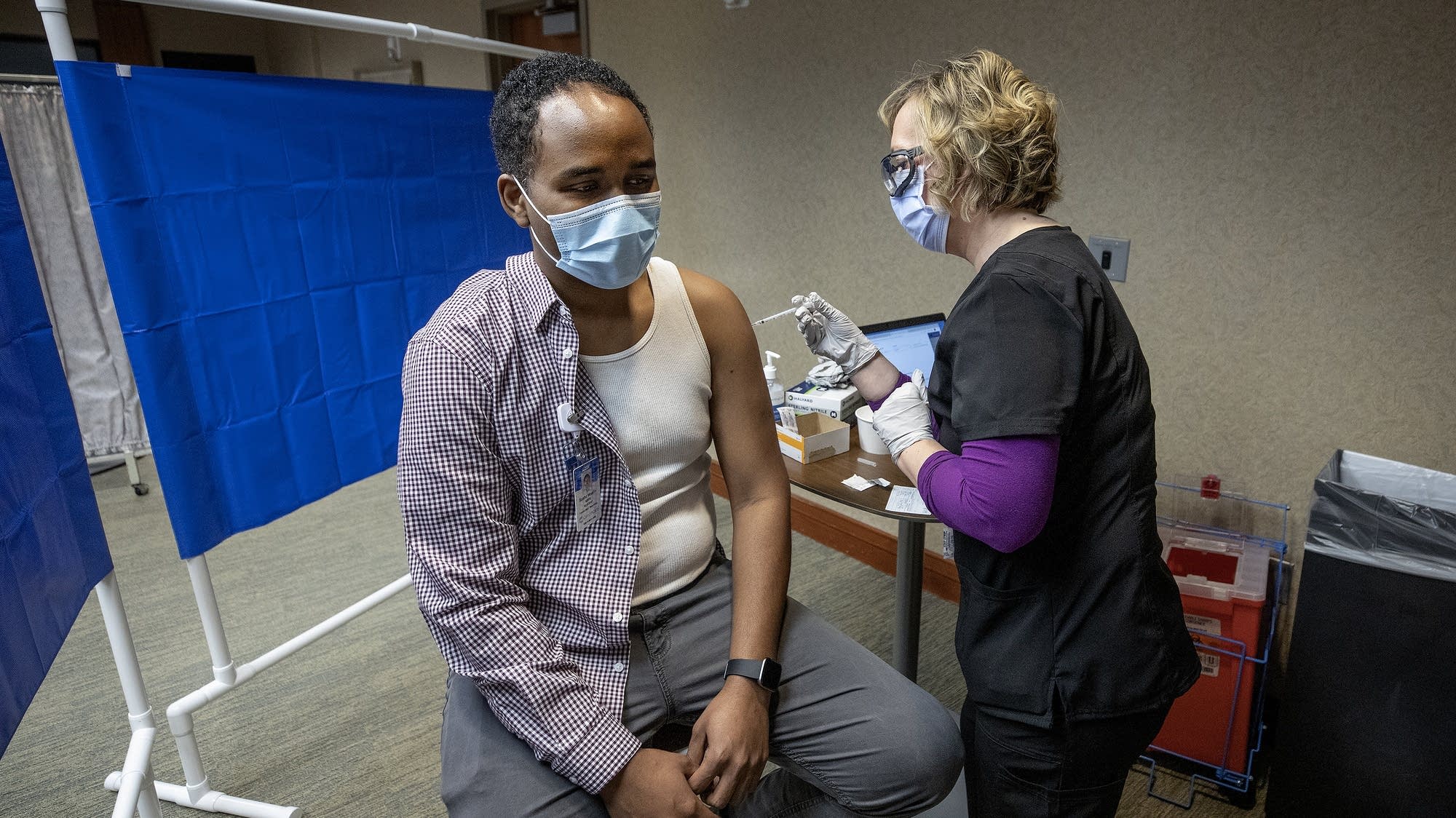 Mohayadin Mohamed knows firsthand the devastating impacts of the coronavirus.

The Islamic Center of St. Cloud, where he is president, was shut down for several months earlier this year due to pandemic restrictions. Members were unable to gather at the mosque for daily prayers or educational classes.

The virus spread quickly in his close-knit community. Many members of the mosque, including several imams and Mohamed himself, got sick.

So he believes it’s important that people get the COVID-19 vaccine as soon as it’s available to them. But he also knows that in his community, there’s deep distrust around vaccinations that predates the current pandemic, and questions already are swirling.

“A lot of people are just skeptical,” Mohamed said. “‘Am I going to get the virus? What’s going to happen to me? Is it different?’ So there’s a lack of knowledge about the vaccine itself.”

Early in the pandemic, Stearns County became a hotspot for COVID-19 after an outbreak at a local meatpacking plant, which employs many Somali American workers. The county has had more than 17,000 positive cases of the virus and more than 170 deaths since the start of the pandemic.

Now that there’s a vaccine, hope is on the horizon. And while it’s unclear exactly when the vaccine will be available to the general population, some local health officials and community leaders worry that misinformation and distrust might cause some people to avoid getting it, when the time comes.

In St. Cloud’s largely Muslim Somali American community, the mosque tends to be the communication hub — and Mohamed thinks that religious leaders like himself can help by sharing factual information about the vaccine. So he’s joined with local health care providers who have the same goal.

Recently, in footage aired on a local Somali TV station, Dr. Bashir Moallin, a first-year resident physician in family medicine at St. Cloud Hospital, received his first dose of the two-dose vaccine. In his native Somali language, he explained that it’s safe and effective.

Language barriers and a lack of health literacy among some in the Somali American community can make people vulnerable to the spread of misinformation, Moallin said.

“Even though it’s not true, they don’t have the resources or they don’t know the language to find [the best] information,” he said.

Moallin hopes to make it easier for people to find factual information from sources they trust, so they’ll choose the protection that a vaccine offers when it’s widely available.

Hani Jacobson, a registered nurse and community health specialist for CentraCare, the region’s major health care provider, is one of those sources. She’s helping to revive a local task force that worked early in the pandemic to educate Somali American residents about how to prevent the virus’ spread. This time, the focus will be on spreading information to counteract myths about the COVID-19 vaccine.

“The biggest issue is all the bad information that’s out there,” Jacobson said. “And it’s not just unique to the Somali community. It’s a big problem in the whole community.”

Jacobson said she’s already heard some false rumors — that the politicians shown on TV getting a shot aren’t getting the real vaccine, or that people who’ve already had COVID-19 are immune to the virus, so they don’t need the vaccine. Neither is true.

There’s a long history underlying the distrust that Somali Americans and other communities of color often feel toward the medical community, Jacobson said.

“People of color in general have experienced trauma generations ago from being used as experimental subjects in sometimes painful experiments,” she said. “And that trauma is still there.”t

Some of that history is fairly recent. Jacobson said anti-vaccine activists have spread misinformation in the Somali community in the past few years.

In 2017, Minnesota experienced its largest measles outbreak in recent history. Many of those who got sick were children in Minneapolis’ Somali immigrant community. Vaccination rates among Somali children had fallen, due to baseless claims that the measles vaccine causes autism.

Countering that kind of misinformation is an uphill battle, Jacobson said. But she believes partnering with trusted community leaders and local family health care providers will help.

“We’re not going to fix it overnight,” she said. “But the more people we can give the right tools and right information to, I think the better outcome we’re going to have. We’re not trying to mandate anyone to take the vaccine. But our job is to give correct information so people can make informed decisions.”

The importance of getting accurate and timely information to populations who are disproportionately affected by or at risk of COVID-19 is something state health officials have been thinking about since early in the pandemic.

The Minnesota Department of Health recently launched a community coordinators initiative to fund about 40 local partners to do outreach and engagement, including Briva Health in St. Cloud.

“They have deep reach and already have trust within communities, know the community well are led by folks from the community, and are able to understand the nuances and the complexities of why there is hesitancy [around vaccines],” said Kou Thao, director of the department’s Center for Health Equity.

Thao said the community coordinators also are staffing helplines in 20 languages that the public can call to ask questions relating to COVID-19 testing or other needs.

He said the state health department also has contracts with diverse media organizations to distribute information via radio, TV and social media in multiple languages.

Thao acknowledged that there’s a lot of work to be done to achieve the 70 percent vaccination rate that health experts say is necessary to halt the pandemic.

“Even before we get to, ‘This is how you get the vaccine,’ answering all those questions and concerns about what is this? Why should I get it? Is it safe?” he said. “That information definitely needs to go out to communities.”