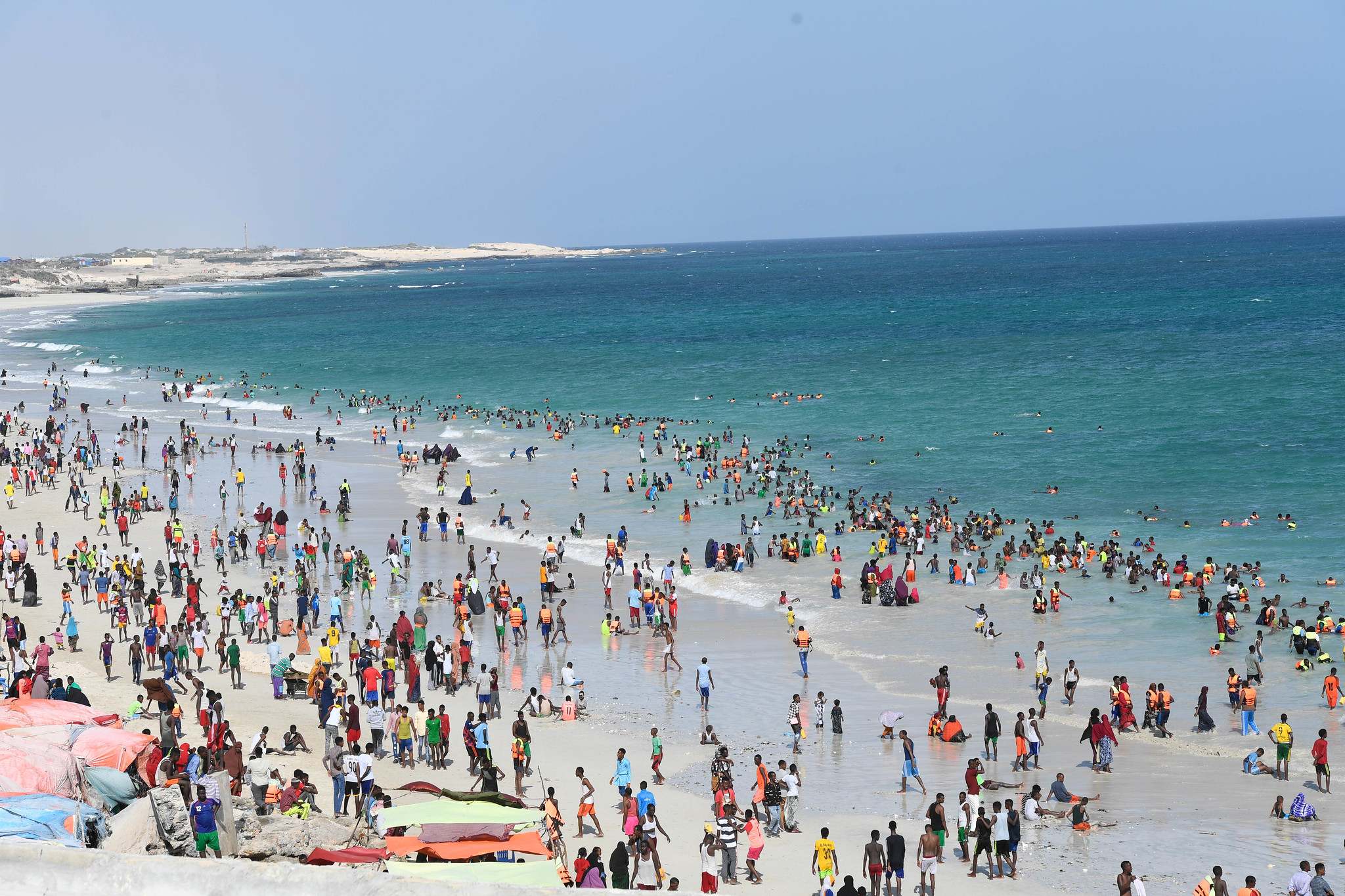 Ties between neighbours Kenya and Somalia hit a new low in December, when the Mogadishu government cut off ties with Nairobi for “constant political violation and Kenya’s open interference in Somalia’s independence”.

Kenya’s response to Mogadishu’s complaints did little to calm tensions. A government spokesperson  emphasised that the two countries shared aspirations and said: “All these years we have been overly kind to Somalia, hosting thousands of their refugees. We must remain good neighbours.”

In late December at a meeting of the Intergovernmental Authority on Development (IGAD) regional body, officials from the two countries agreed to restore their diplomatic ties. But Somalia’s condition for the move was that an IGAD mission be dispatched to investigate its claims.

The tensions have been brewing and are longstanding. They hurt ordinary citizens who are part of intertwined bilateral economic, social and political relations.

Mogadishu is today a vibrant city and its rebuilding efforts have attracted thousands of Kenyans. In December 2020, many of the Kenyans working in Mogadishu returned home for holidays and during this time the diplomatic tiff escalated. <any feared for their jobs.

Antony Wambua, is head barista at the elegant Safari Coffee, a favourite hangout for Mogadishu’s middle classes. Wambua says that he feels that he speaks for the thousands of Kenyans taking advantage of new opportunities in Somalia.

“If I was to advise our president, I would tell him to immediately make arrangements for negotiations and solve the dispute between our two countries,” Wambua says. “I would like him to show leadership as Kenya is like an elder brother and not allow squabbles since we need each other for the growth of our region.”

Wambua also travelled back home in December and the worsening relations ruined his Christmas holidays as he was constantly looking out for updates on how the situation was unfolding.

“I was a scared man, I had a valid visa though you never know, it was not a guarantee I would be allowed back. I was literally hooked to the TV, watching news to see what will happen. Mogadishu has offered me an opportunity and I was worried about losing out on this job,” he says.

Somali citizen and Mogadishu resident Hassan Adam argues that the diplomatic squabbling is not helping anyone: “It was not wise for Somalia to make such a hasty decision – severing diplomatic ties – and Kenya too was wrong to violate the sovereignty of an independent state. Nonetheless, at the receiving end of this problem will be ordinary citizens of the two countries who are now suffering because of two unyielding presidents. The people of both countries must think differently from their leaders and avoid holding grudges against each other as a result of these rifts created by the two governments.”

There are many Kenyan teachers are working in the Somali education system. Patrick Nguna is one of them and works in a private school.

READ MORE Somalia: Caught in the middle of a deeply divided region

“The diplomatic friction between Kenya and Somalia has affected me personally. I work as a teacher in Mogadishu and this is the source of my livelihood. When Somalia announced that it was cutting diplomatic relations with Kenya, everything became unpredictable and I constantly worry about losing my job,” Nguna says.

He offers some solutions to the problem: “I beg our country’s politicians and those in power under the president to be considerate about Somalia. They should avoid interfering with the internal affairs of Somalia and simply allow Somalis to sort out their differences, so that we can all be on the safe side.”

Abdullahi Sheikh is a Somali school teacher. And while he acknowledges the important role being played by Kenyan professionals in Mogadishu, he argues that the Kenyan government is responsible for the breakdown in relations.

Sheikh says: “Our government was right to cut off diplomatic ties with Kenya for two reasons: supporting a rogue administration in Jubbaland led by Ahmed Madobe and encouraging secession by hosting a leader from the breakaway northern region of Somaliland. These are deliberate violations against our sovereignty.”

The ties between Somalia and Kenya will further be tested as the maritime dispute case begins in March 2021. While Kenya is pushing for an out-of-court settlement, and the Somali government is resolute the issue must go to full trial at the International Court of Justice.

Abdirashid Hashi, the director of Heritage Institute for Policy Studies, a think tank based in Mogadishu, downplays the December diplomatic dispute: “Conflict and divergence of interests are normal in international relations and happens among all countries. Sorting out issues amicably and securing collaboration is the hallmark of diplomacy.”

Nonetheless, Hashi says: “Kenya and Somalia remain neighbours. Politicians and society at large understand that safeguarding all stakeholder interests can best be served through collaboration. At the moment, relations between the two are at an all-time low.” He argues that the two states need to embrace dialogue.

The UN has set December 2021 as the date when AMISOM will fully leave Somalia. The rebels of the Al-Shabab Islamist group are still potent and pose a threat to both countries.

Kenyan troops are based in Jubbaland and their conduct in the region was one of the major reasons leading to the diplomatic crisis. Many Somalis appear to be eagerly anticipating the withdrawal of Kenya’s military from Jubbaland, notwithstanding the looming security risks from insurgents. The diplomatic row could have a negative impact on the scheduled withdrawal of Kenyan troops from southern Somalia.

Analyst Abdiwahab Sheikh Abdisamad echoes sentiments similar to those expressed by Hashi. According to Abdiwahab: “A lot is at stake when two neighbouring countries have strained relationships. If the current status quo holds, it is likely Somalia will demand the speedy withdrawal of Kenyan troops. This may not go well with Kenya and latter might decide to retaliate.”

Al-Shabaab is keenly watching the diplomatic fallout and contemplating ways to take advantage of security lapses resulting from these frosty relations. Abdiwahab warns of the impending consequences: “It is unfortunate as both countries stand to lose, with Al-Shabaab militants being the ultimate winners. Look at the recent happenings in northern Kenya, where according to the Mandera governor militants are now occupying and controlling fifty percent of the entire county.”

Abdiwahab argues that “Kenya in particular needs to focus attention on its internal security matters. It can’t keep troops in Somalia indefinitely. Moreover, Kenya’s presence is unappreciated while its citizens are now being killed and harassed by militants back home.”

Vincent Thomas is another Kenyan teacher based in Mogadishu. He says he stay has has opened his eyes on the prospects that beckon for thousands of skilled Kenyans who are unemployed and stuck at home.

Thomas says: “Kenya should know that it needs Somalia, more than we need them. A case in point is the suffering of Kenyan miraa [khat] farmers. Kenya earns millions of dollars from exporting khat to Somalia. Now that business is banned and I am afraid Kenya will lose more in other interests, if it does not reconsider its foreign policy on Somalia.”

The Somali-Kenya dispute could reach a crescendo in 2021 due to Somalia’s elections and longstanding tensions. However, there is consensus among many ordinary Kenyans and Somalis about need for immediate restoration of diplomatic relations.