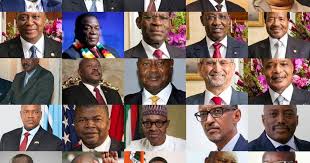 Some days ago, in the Netherlands, United Nations funded International Court of Justice gave a ruling which should worry Africans. But sadly, African media gave the story a blackout. This story could have easily made the cover pages of almost all of the mainstream media in Africa if these media establishments are focused towards developmental and sustainable development affiliated reports that will put the future and wellbeing of Africa over and above the financial wellbeing of the media owners in Africa.

This landmark judgment was made in a case filed against France by Equatorial Guinea over the attempts by France to confiscate multibillion dollar worth choice assets of the rogue Son of the President of Equatorial Guinea. Ironically,  it is the same family who stole these assets from their African nation that used the people’s resources to file the suit against France. Equatorial Guinea under the thieving dictator did not go to the global court to retrieve the assets the Son of the President diverted to this European nation of France but rather it went to court to ensure that the boy who stole these funds belonging to Equatorial Guinea continues to enjoy these stolen assets.  France on the other hand does not wish to seize the assets so as to keep them for the people of Equatorial Guinea so any time their current rogue leadership fizzles out these properties would be returned. I doubt it.

No, France apparently wants to keep these assets to enrich their own nation. The same France watched as the boy continued to pillage his home nation and was warehousing these stolen funds in France but France did not complain but they now want to harvest the stolen assets like a thief in the night who wants to reap from where they never sowed. Assuming without conceding that France will inevitably return the assets in future to Equatorial Guinea governed by a democratically elected government, France would have BENEFITTED substantially from keeping back the ownership of those assets based on the controversial verdict of the International Court of Justice in The Hague NETHERLANDS.

The UN affiliated Court ruled that France has the jurisdiction to seize these massive assets built over time in France by this corrupt Son of the long term dictator of Equatorial Guinea.  But for a European owned press AFP, this story would have disappeared into insignificance.  The story which should worry any rational thinking African is that the UN’s top court found in favour of France on Friday in a bitter battle with Equatorial Guinea over a swanky Paris house seized in a corruption probe into the playboy son of the African nation’s long-term president. Equatorial Guinea argued that the luxury mansion could not be confiscated as it was part of its diplomatic mission in France, and that it did not belong to Vice-President Teodorin Obiang as French investigators alleged. But the International Court of Justice upheld France’s objections that Malabo had only tried to designate it as such after the investigation began into Obiang, the son of iron-fisted President Teodoro Obiang Nguema.

“The court finds that the building at 42 Avenue Foch has never acquired the status of the mission of the Republic of Equatorial Guinea in the French republic,” ICJ President Abdulqawi Ahmed Yusuf said. The 107-million-euro property seized in 2012 boasts a cinema, a disco, a spa and gold-leafed taps and is located near the Arc de Triomphe in one of the French capital’s most prestigious streets.  French authorities also seized a fleet of luxury cars including two Bugatti Veyrons — one of the world’s fastest and most expensive supercars — and a Rolls Royce Phantom.

A Paris court handed the younger Obiang a three-year suspended term and $32.9 million fine in 2017 for plundering tens of millions of dollars from the oil- and timber-rich African nation’s coffers to fund his jetset lifestyle in France. In 2016, lawyers for Equatorial Guinea went to the Hague-based ICJ — the world’s legal referee in disputes between countries — to order France to stop Obiang’s criminal prosecution, arguing that he had immunity. They also asked judges to rule that France broke the Vienna Convention, which safeguards diplomats from interference by a host country, when they seized the mansion. But the ICJ ruled that France had objected to Malabo’s attempts to designate it as a diplomatic property “in a timely manner” that was “neither arbitrary nor discriminatory.” Equatorial Guinea already had an embassy in the French capital, it said.

Obiang is famed for his fondness for Michael Jackson memorabilia, parties, supercars, fancy suits, jewellery, yachts and the company of hip hop stars, documenting many of his exploits on Instagram. The 52-year-old is the oldest son of Africa’s longest-serving leader. As vice president, he has been groomed to succeed his father as head of a state awash with oil but mired in poverty and a reputation for corruption. Paris has long been a favoured destination for the ill-gotten gains of wealthy figures linked to political leaders in Africa, particularly in France’s former colonies.

Legal experts had argued that a ruling in favour of Equatorial Guinea could harm France’s long-term attempts to bring groups and individuals to book for misappropriating public funds at home and then stashing the proceeds in France.  Cecily Rose, an assistant professor of public international law at Leiden University in the Netherlands, said the case “advertises the fact that France is a sort of leader in the anti-corruption fight.” “That’s very powerful, and could lead to some very interesting public interest litigation concerning corruption in the future,” she said. I was watching a British owned broadcasting station known as Sky news and in one of a well researched documentary, the reporter uncovered a company based in central London tjat specialises in registering British licenced firms for all kinds of foreigners outside of Great Britain for the purposes of using the banking networks in Great Britain to launder billions of dollars Monthly. Britain is said to be a safe haven for a lot of Nigerian public office holders who hide under the cover of diplomatic passports to ship in billions of stolen cash and invest into British housing and banking systems which are never traced.

So this piece of news that a small Island nation near Nigeria known as Equatorial Guinea has lost multibillion dollar worth of choice assets stolen from them into France and the United Nations controlled judicial forum actually allowed the foreign power which tolerated the warehousing of stolen assets out of Africa, is to say the least, shocking and indeed sad. Equatorial Guinea is a nation of just 1.5 million people but the tiny nation is enormously resource rich. However, the family that used the barrels of the gun to capture political powers has siphoned away a greater quantity of their national wealth thereby leaving the less than two million people hungry, poor and confused. Sadly, the thieving ruling family are still in power. Same story is replicated in all of Africa with Nigeria as amongst the most corrupt nation’s. Erstwhile British Prime minister David Cameron said Nigeria is fantastically corrupt. Indeed, the current administration has increasingly failed to stop massive heist of public fund going on in virtually all the department and offices of the central government.

Whilst reflecting on why Europeans allow African dictators to rob African countries and conceal these stolen assets in the banking system of Europe, tells me that these European countries are not any different from the thieving elites in Africa who divert public funds from Africa to Europe. The big question is- How to Get Back Africa`s Stolen Assets?

The imminent collapse of EU- Frexit