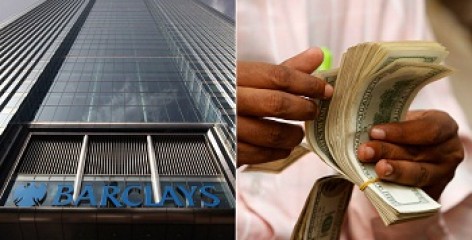 According to UN, about one billion people, or one in seven, are involved with remittances (MEE/Azad Essa)

Abu Hyder is distraught. For the first time in 12 years, he won’t be sending money home to his parents in Bangladesh for Ramadan.

“I am devastated, and what is worse is that I don’t know when I will be able to send them money again,” the 47-year-old from Queens in New York City told Middle East Eye.

Hyder, who’s been an Uber driver since 2015, has been house-bound since mid-March when local authorities implemented a lockdown and stay-at-home order because of the coronavirus.

Since then, he’s been spending his days in a catch-22.

‘People here are worried about their own bread and butter… we can’t even think about people back home, right now,’

On the one hand, he could taxi strangers around in his Toyota and send money home to his parents, but on the other, he risks catching the virus and bringing it home to his one-room apartment that he shares with his wife and two children.

“Then what?” he asks rhetorically.

Living in a part of the city that has become known as “the epicentre within the epicentre,” accounting for about 30 percent of all confirmed Covid-19 related deaths in NYC, Hyder’s concerns are neither novel nor far-fetched.

Economists said that Hyder’s $100-150 monthly contribution to his family in Bangladesh contributed to the $715bn in remittances sent around the world in 2019, of which an estimated $551bn supported as many as 800 million households living in low- and middle-income countries.

While much of the media’s focus is fixed on Western and European countries struggling to contain mounting death tolls and economies ravaged by lockdowns and travel bans, the World Bank warns that countries thousands of kilometres away may be among the hardest hit by the economic meltdown.

According to a report released by the World Bank on Wednesday, global remittances, often used as an economic lifeline for poor households in low- and medium-income countries, are projected to decline by about 20 percent in 2020. The world body described it as the “sharpest drop in recent history”.

The report, titled “Covid-19 Crisis Through a Migration Lens” estimated that remittances to South Asia are projected to decline by 22 percent, while remittances to the Middle East and North Africa region are expected to fall by 19.6 percent.

The decline, economists at the World Bank said, was attributable to the global economic slowdown and as a result of lower oil prices in the Gulf that have already sent markets crashing.

As the world’s largest source of remittances, the spike in unemployment in the US is destined to have a ripple effect across the globe.

With more than 22 million in the US having lost their jobs, and New York City alone seeing a 2,637 percent increase in unemployment claims, economists at the World Bank caution that policy responses to coronavirus that exclude migrants will only further extend the length and breadth of the global economic crisis.

Experts agree that while people of colour in the US have been found to be hit hardest by the pandemic, it is immigrants – many of whom are without health care or social security – who are having to face the inequities laid bare by the pandemic.

Not only are many immigrants forced to work in difficult conditions with lower wages and poor working situations that make them vulnerable to infection, but they also often live in cramped housing that makes social distancing impossible. They are also among the first to lose their jobs.

The report argues that almost all measures tackling the pandemic have excluded migrants and that there was “a strong case for including migrants in the near-term health strategies in all countries, given the externalities associated with the health status of the whole population in the face of a highly contagious pandemic”.

With the global economy expected to shrink by about 3 percent through 2020 and likely to carry into 2020-1, Dilip Ratha, lead author of the report and head of the Global Knowledge Partnership on Migration and Development (KNOMAD), told journalists in an e-briefing, that building an infrastructure facilitating the prompt transfer of remittances would be more crucial than ever for low- and medium-income countries facing the pandemic.

“Quick actions that make it easier to send and receive remittances can provide much-needed support to the lives of migrants and their families. These include treating remittance services as essential and making them more accessible to migrants,” said Ratha.

Ratha’s argument mirrors the allusion made by two British academics last week who said that the manner in which international remittances will be handled will both determine the severity of the consequences for the developing world and the pace at which the world recovers from the pandemic.

Part of the problem, Michael Newson, a senior labour mobility and human development specialist with the International Organisation for Migration (IOM), says, is that even if immigrants had money to send, many of the remittance agencies were closed because they were not regarded in many countries as “essential services”.

“We find that families that receive remittances are reliant on remittances for at least 50 percent of the household income. Losing that amount of income obviously has a massive impact on your home,” Newson told MEE.

Though countries where a large percentage of GDP was derived from remittances, like Haiti (34.3 percent), Nepal (29.9 percent), and Lebanon (12.5 percent) have been identified as likely to face tough times over the next year, even countries where remittances contributed a smaller proportion of GDP would be impacted.

“Sometimes it is specific regions of a country that sees high rates of immigration, and while the country as a whole may not be dependent on it, there can be communities or regions who are highly dependent on these remittances,” said Newson, who is based in Vienna.

In both Queens and the Bronx, now the borough with the highest per capita infection rate in NYC, queues for food have been spiralling, some across multiple blocks.

Kazi Fouzia, a community organiser in Queens with the social activist group Desis Rising Up and Moving (DRUM), who has been pressing for rent freezes and assisting with groceries for the elderly and needy, told MEE that it was a particularly difficult time for all working-class people in the community.

“This is not just about race. This is about the working class. And for Muslims, it is more depressing because Ramadan is about family and neighbours and people tend to send money home for Eid as well,” Fouzia said.

“This is also a time when people typically send money home for those in need.

“I don’t know what is going to happen to those people who need the remittance, but people here are worried about their own bread and butter… we can’t even think about people back home, right now,” she said.