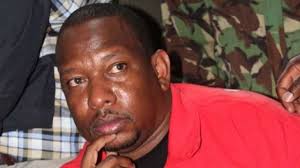 The planned impeachment of Governor Mike Sonko may be doomed to fail with no Special Sitting in sight even as pro-impeachment MCAs maintain the ouster process is on.

This comes after Speaker Beatrice Elachi said she is yet to receive a properly done letter requesting for the sitting with clear objectives of the same, stating the one she received was “vague”.

“You cannot tell me you want to discuss the crisis and the ailing of the county. How? Be specific. The law says when you want to gazette a special sitting you must be very specific and you must discuss what you have gazette,” said Ms Elachi.

However, Minority Whip Peter Imwatok insists the ouster process is on and they are only waiting for Speaker Elachi to call for a special sitting for them to give a notice of motion on the impeachment.

“So far the impeachment process is on another stage. We have collected enough signatures as well as laid grounds and particulars of impeachment. What we are waiting for is for the speaker to call for the Special Sitting,” said Mr Imwatok.

But Speaker Elachi said she is yet to receive any notice of impeachment motion with grounds for the ouster of the governor, adding that for an impeachment cannot be possible in a single sitting.

“I did not receive a letter saying impeachment. The one I received I did not approve because it was vague. They have to write the special letter properly and I can’t tell them how to do it.

“I just hear them say they have collected signatures but they have not come with official letter saying we want an impeachment motion with the following grounds,” she added.

Mr Imwatok went ahead to state that they have already written to the speaker and a house business committee is set to sit tomorrow to deliberate on the issue.

However, Ms Elachi differed with the Makongeni MCA saying: “Those are the normal committees we do when we are closing the calendar year. It is not in any way related to the Special Sitting or impeachment motion.”

The Speaker pointed out she has not ruled out any censure motion but asked the ward representatives planning to bring the same, to come up with the objectives or grounds for the censure motion.

“Tell me what status of the county you want discussed but don’t leave it hanging and then when you get into the nitty gritty you start discussing other issues,” she said.

However, the former nominated senator poured cold water on the censure motion saying that the grounds for the same might constitute issues already before court which will lead to sub judice.

“If the judge did not say anything on it then it would have been so easy to talk about it but he gave an order. If we discuss it ourselves then it means we will even put Sonko in trouble where his bail can be taken away. We will end up in a debate where the judge will say we have interfered with the matter,” said Ms Elachi.

At the same time, Ms Elachi said the Attorney General Paul Kariuki Kihara is likely to give a response to a letter she wrote to him on the unfolding situation at the county government as they are currently dispensing with the four opinions.

“We met with the AG’s team and the solicitor yesterday and we agreed that from now to next week we will get a response,” she said.

But Mr Imwatok said the advisory will not hold as “The attorney general only advises the President and the national government. If the speaker has anything to be advised on, is to write to the Supreme Court.”