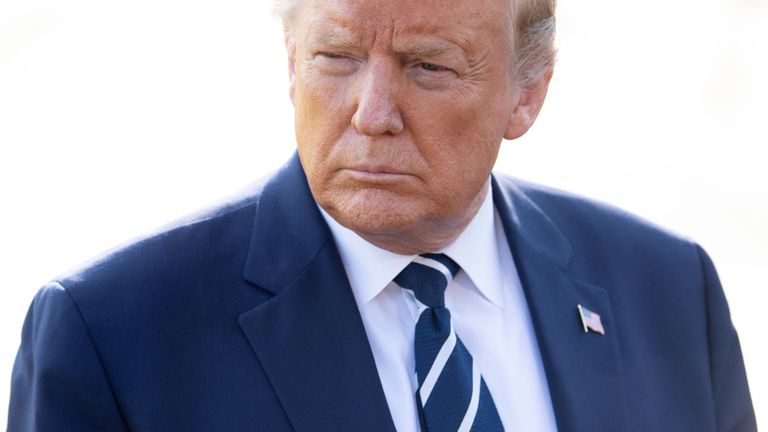 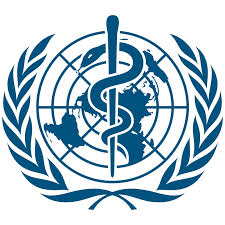 The US refusal to keep allocating funds for the World Health Organization (WHO) has become yet another step towards further confrontation between President Donald Trump and international organizations. However, the geopolitical importance of such a move goes beyond health-related issues and fits well into the current format of the US-China confrontation. Having accused the WHO of demonstrating inefficiency and excessive concern for the situation in China at the expense of other countries, the United States underscores the Chinese origin of COVID-19, thereby giving it to understand that the virus may have come from a laboratory.

President Trump explained his decision to suspend funding to the World Health Organization by the fact that the WHO must  bear responsibility for doing little to prevent the spread of the coronavirus epidemic in the United States, “focusing” instead on the situation in China and giving “inappropriate recommendations” not to close the border with China in the early stages of the epidemic.

Washington will find a more effective way of spending the money it annually allocated to the World Health Organization, the  American leader said at a briefing in the White House. «The USA, as the WHO’s biggest overall donor, must insist that the WHO bear full responsibility», – Donald Trump said.

«WHO has failed in everything. For unknown reasons it concentrated all its attention on China. We will look into the issue», – the American president promised.

Donald Trump’s decision to stop issuing funds to the WHO did not meet understanding even among his close allies, let alone China. The decision ran into disapproval of the European Union, Germany, and the UN. «There is no reason justifying this move at a moment when WHO efforts are needed more than ever to contain and mitigate the coronavirus pandemic», – the EU foreign policy chief Josep Borrel said. In his words, the crisis can be resolved only through joint efforts. German Foreign Minister Heiko Maas is sure that the US president’s accusations against WHO will not help.  «The best investment would be to strengthen the UN and the WHO, for example for developing and distributing tests and vaccines», – the German foreign minister said. It essential to support the WHO, because its activity is crucial as part of the global efforts for winning  the battle with COVID-19, and now is not the time to cut funding, – UN Secretary-General Antonio Guterres said.

The US decision will undermine the potential of the World Health Organization and  damage international cooperation in combating the epidemic, Chinese Foreign Ministry spokesman Zhao Lijan told a briefing in Beijing.

Trump’s move has also been  condemned by his political opponents from the Democratic Party. Democratic Senator Patrick Leahy has compared the  refusal to fund the WHO with depriving an ally of a weapon before an attack on the enemy.

As for Russia,  Moscow has repeatedly pointed out the efficiency of the World Health Organization. «Anyone who would care to analyze the chronology of WHO moves, statements and concrete measures will see for themselves that the Organization operates with maximum efficiency», – Russian Foreign Minister Sergei Lavrov said at a news conference on April 14. In his words, the US is the biggest donor, which has the largest number of representatives in international organizations. According to Sergei Lavrov, the World Health Organization has a large number of Americans in key positions, who are highly qualified specialists taking well-considered professional decisions. Russian presidential press secretary Dmitry Peskov has reminded everyone that the G20 summit on March 26 (where the US was represented by Donald Trump) adopted a general statement saying that  G20 along with WHO «is determined to do its utmost to overcome the pandemic».

In the ensuing polemic the WHO emphasizes the medical aspect, giving no confirmation as to the laboratory origin of the coronavirus – be it “Chinese” or “American”. The prime version as to the origin of the virus, in the opinion of the WHO, is that it passed from animals to humans. The coronavirus, which caused a global pandemic of new-type pneumonia has no signs of having been constructed in a lab, – WHO press secretary Fadela Chaib said at a briefing: «All available evidence suggests that the  virus has an animal  origin and is not constructed or  manipulated in a lab or somewhere else». It was not clear, Chaib added, how the virus had jumped the species barrier to humans but there had certainly been an intermediate animal host. «It most likely has its ecological reservoir in bats but how the virus came from bats to humans is still to be seen and discovered», – Fadela Chaib reported, declining to provide any comments on one of the versions under which the virus could have escaped from a laboratory of the Institute of Virology in Wuhan.

At the end of January Republican Senator Tom Cotton suggested a lab origin of the coronavirus infection. He said Wuhan  «has China’s only safety level four super laboratory that works with the world’s most deadly pathogens». Besides, an assumption that the coronavirus came from the Wuhan laboratory was voiced by Fox News. According to the TV channel, the spread of the coronavirus began accidentally, after an institute employee got infected in course of research.

It is in support of the latter version that President Donald Trump has announced that Washington is conducting an inquiry into where the coronavirus came from.

China’s authorities deny the laboratory origin of coronavirus. «It is irresponsible to say so. The pandemic is humanity’s common enemy. All countries, including China, have become victims of this sudden crisis.  How could anyone speak about compensation or responsibility? WHO has made it clear many times that searching for culprits is more dangerous than the disease itself», – Chinese Foreign Ministry spokesman Zhao Lijan said on April 16.

On April 21 Chinese Ambassador to US Cui Tiankai urged Washington to discard  «groundless accusations» in connection with the coronavirus pandemic. «Some politicians are too preoccupied with their attempts for stigmatization and groundless accusations», – the  ambassador said in his comments for journalists. The Chinese ambassador added that mass media should pay more attention to “scientists’ views” on the pandemic. He said China is doing everything to share whatever it knows about coronavirus with the rest of the world.

The continuing tension in the US in connection with the coronavirus pandemic gives grounds to expect a tougher rhetoric from the incumbent administration in relation to China, the World Health Organization and other international agencies involved. Meanwhile, Donald Trump’s opponents, on their part, will attempt to use the issue for their own political agenda in the run-up to presidential elections in November. This creates serious obstacles towards coordination of international effort in dealing with COVID-19.