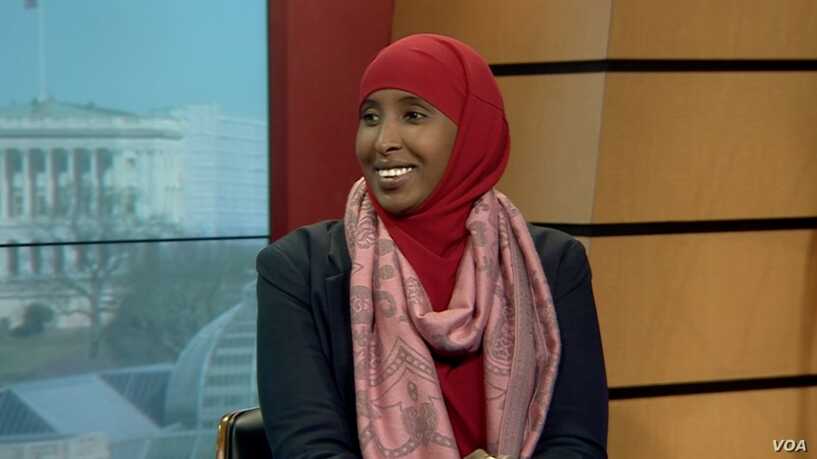 Rowda Abdullahi Olad is a psychotherapist and founder of Maandeeq Mental Health Without Borders.
By Salem Solomon
March 05, 2020 04:01 AM

WASHINGTON – After nearly three decades of war, many Somalis carry invisible scars from exposure to violence.

According to the World Health Organization, 1 in 3 Somalis is affected by some sort of mental illness, a figure that is higher than other low income, war-affected countries. Despite the need, the country only has five mental health centers and a handful of trained psychiatrists practicing.

One Somali mental health practitioner is trying to change this. Rowda Abdullahi Olad is a psychotherapist and founder of Maandeeq Mental Health Without Borders. After practicing in the United States, she returned to her home country with the intention of offering clinical services. She quickly realized the need was far greater.

“So many have experienced decades of war, drought, displacement and now are still experiencing terror attacks daily,” she told VOA during an interview in Washington. “So how that affects people is not that we can address only with a clinical approach. So what I came up with when I went back to Somalia is that mental health should be an integral component of state-building and political stability.”

‘A nation that needs healing’

Working with political leaders, aid organizations and civil society groups, Olad holds training events to educate the public about the problem and its treatments.

“Most of my work relates to how I can tell the international community and people who work in the humanitarian sector and development and Somali government to understand this is a nation that needs healing,” she said. “This is a nation that has experienced more than what a human mental capacity can take.”

Olad also believes progress on issues like reconciliation and peace-building cannot occur without including mental health services. Many of the people entrusted with playing roles in healing the country need to be healed themselves, she said.

“What I have seen is people who are in a conflict reconciliation setting or negotiation setting, you can see people are so traumatized, and you can feel their interactions daily,” she said. “You can see the clinical and psychosocial healing needs on the ground.”

Olad’s organization is working to erase the stigma around mental health in Somalia. People suffering from mental illness are often shunned by society and even their families. Harmful practices, including using chains to restrain patients, are still used in the country.

“There is a stigma because [people believe] either you are crazy or you’re not crazy. You are insane or you’re not, there’s nothing in between,” she said. “And people don’t see mental health as something that’s curable or sometimes it can go severe that a person experiences schizophrenia or bipolar, that you need to have medication.”

Olad also wants to use the lessons learned from Somalia to help post-conflict countries around the world. She is hoping to pursue a fellowship at the Mary Hoch Center for Reconciliation at George Mason University to develop a guidebook on how mental health can be used for peace-building in post-conflict societies.

“This guide will be used by all the countries that have experienced war,” she said. “So I’m hoping if we get academic institutions supporting this [it can] have an influence on the policy level of the organizations and the government institutions.”