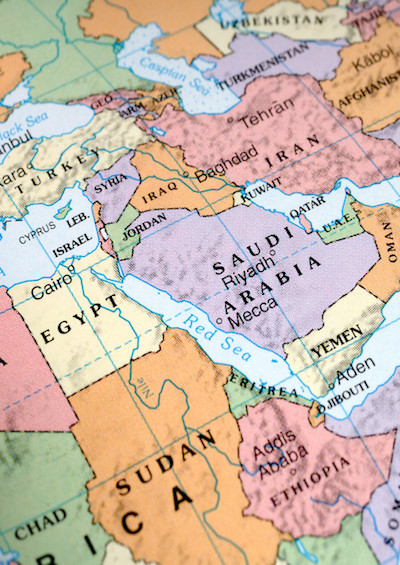 The UAE’s recognition of Israel puts Saudi Arabia more than any other Gulf state in the hot seat.

The agreement to establish diplomatic relations between the United Arab Emirates and Israel is only the latest event that drives nails into the coffin of the notion that there is solidarity in the Arab and Islamic world.

The presumption has long been that these nations share common geopolitical interests on the basis of ethnicity or religion and embrace kinship solidarity.

Beyond the UAE-Israel agreement, there is more evidence pointing to the hollowness of Arab and Muslim solidarity.

Just consider the current Saudi-Pakistani spat over Kashmir, as well as a variety of feuds among Gulf states and between Turkey, the kingdom and the Emirates.

A key motivation for the UAE-Israel agreement is that both countries worry that a potential election victory by presumptive Democratic candidate Joe Biden on November 3rd could bring an administration into office that is willing to seek accommodation with Iran.

The establishment of diplomatic relations strengthens the UAE’s position as one of the United States’ most important partners in the Middle East.

And it allows Israeli Prime Minister Benjamin Netanyahu to argue that his hardline policy towards the Palestinians does not impede a broader peace between the Jewish state and Arab nations.

The UAE’s willingness to formally recognize Israel underscores an undeniable reality that the idea of Arab and Muslim solidarity exists in theory and rhetoric only.

In reality, it gets trumped all the time by the hardnosed interests that various countries and their rulers pursue.

It thus comes as no surprise that, as Messrs. Trump and Netanyahu and UAE Crown Prince Mohammed bin Zayed were putting the final touches on their coordinated statements, traditional allies Saudi Arabia and Pakistan were locked into an escalating spat over Kashmir.

This spat follows India’s 2019 move to revoke the autonomy of the Muslim-majority state of Jammu and Kashmir and to impose a brutal crackdown.

Muslim countries, with Saudi Arabia and the UAE in the lead, have been reluctant to jeopardize their growing economic and military ties to India — effectively hanging Pakistan out to dry.

The two Gulf states, instead of maintaining their traditional support for Pakistan, feted Indian Prime Minister Narendra Modi as developments in Kashmir unfolded.

In response, Pakistan hit out at Saudi Arabia where it hurts.

In rare public criticism of the kingdom, Pakistani Foreign Minister Shah Mahmood Qureshi suggested that Pakistan would convene an Islamic conference outside the confines of the Saudi-controlled Organization of Islamic Cooperation (OIC) after the group rejected Islamabad’s request for a meeting on Kashmir.

Saudi Arabia’s obvious fear is that any challenge to its leadership could fuel demands that Saudi Arabia sign over custodianship of Mecca and Medina to a pan-Islamic body.

The contested politics of symbolism

After all, it is the custodianship and Saudi Arabia’s image as a leader of the Muslim world that persuaded UAE Crown Prince Mohammed to reach out to Israel in the first place.

The UAE’s ruler is also obviously keen to use his embrace of dialogue with Jewish and Christian groups to bolster his tarnished image in Washington and other Western capitals.

The UAE’s recognition of Israel puts Saudi Arabia more than any other Gulf state in the hot seat when it comes to establishing relations with Israel. And it puts the UAE’s Prince Mohammed bin Zayed in the driver’s seat.

That is all about national interests and competition — and has very little to do with Arab or Muslim solidarity.

James M. Dorsey is a senior fellow at the S. Rajaratnam School of International Studies and an award-winning journalist. [Singapore]