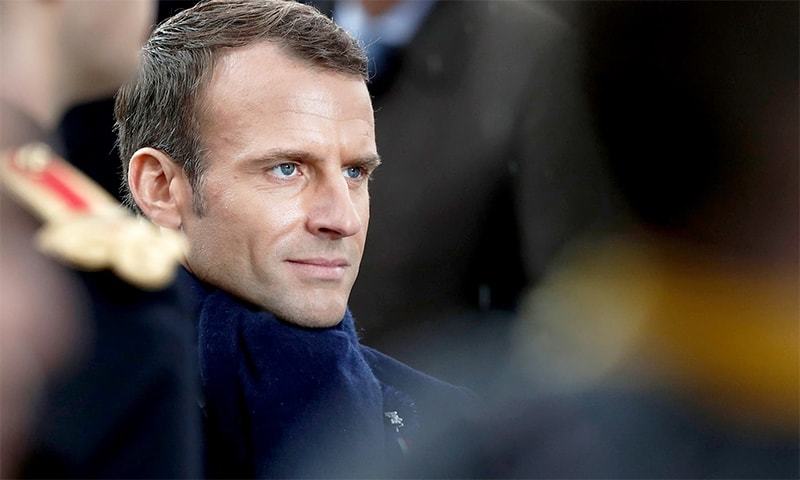 French President Emmanuel Macron is facing renewed criticism in the Muslim world and abroad over his latest plans to tackle what he calls radical Islam, including asking Muslim leaders in his country to agree to a “charter of republican values”.

Politicians and activists likened the new measures proposed by the French government, especially a move towards giving children an “identification number” to ensure they are attending school, with policies employed by the Nazis against the Jews.

The French president sparked protests across the Muslim world after last month’s murder of teacher Samuel Paty — who had shown his class a blasphemous sketch of Prophet Muhammad (Peace Be Upon Him) — by saying France would never renounce its laws permitting blasphemous caricatures.

He also pledged a crackdown against what he called “Islamist separatism” to defend France’s secular values and argued that controversial cartoons should be defended on free speech grounds.

Critics, however, accused Macron of politically exploiting recent militant attacks in the country and adopting a populist far-right discourse about Muslims in an attempt to appeal to right-wing voters.

On Wednesday, the French president took steps to impose a “charter of republican values” on the Muslim community and gave a 15-day deadline to the French Council of the Muslim Faith (CFCM) to accept the charter.

Eight leaders of the CFCM met with Macron and Interior Minister Gérald Darmanin at the Élysée palace for talks on Wednesday.

The CFCM agreed to create a National Council of Imams, which will offer official accreditation to imams living on French soil that could be withdrawn in case of violations, the BBC reported.

Macron’s charter will state that Islam is a religion and not a political movement, and will prohibit “foreign interference” in Muslim groups.

The French government also unveiled a wide-ranging bill aimed at preventing radicalisation. It includes measures such as restrictions on home-schooling and giving children an identification number under the law that would be used to ensure they are attending school. Parents who break the law could face up to six months in jail as well as hefty fines, according to the BBC.

The draft law, which will be discussed by the French cabinet next month, also proposes harsher punishments for those who intimidate public officials on religious grounds.

Human Rights Minister Shireen Mazari said “Macron is doing to Muslims what the Nazis did to the Jews”, adding that the reported measure to give Muslim children ID numbers was similar to Jews being forced “to wear the yellow star on their clothing for identification” in Nazi Germany.

Author Fatima Bhutto expressed shock at the French government’s measures, saying Macron’s charter “is one of coercion and suspicion and is utterly contemptuous, sickening and dangerous”.

“When the Nazis wanted to isolate and police a population they didn’t feel belonged, represented or believed in the values of their state they had them wear yellow stars,” she noted in a tweet.

The Council on American-Islamic Relations (CAIR) also slammed Macron’s “attempt to dictate the principles of the Islamic faith” to French Muslim leaders, terming the French government’s campaign against Islam as “hypocritical and dangerous”.

Shireen Mazari @ShireenMazari1
·
Macron is doing to Muslims what the Nazis did to the Jews – Muslim children will get ID numbers (other children won’t) just as Jews were forced to wear the yellow star on their clothing for identification.

Forced ID Numbers for Muslim Children: France’s Macron Introduces New Charter for French Muslims -…
Stating that this is all an attempt to stem “radicalization”, Macron continues to defend these horrifying laws as part of his attempt to protect French secularism.

“President Macron must reverse course before his nation returns to the colonial racism and religious bigotry that haunted so many European nations for centuries. President Macron is turning ‘Liberté, égalité, fraternité’ into ‘repression, inequality and division’,” CAIR executive director Nihad Awad said, referring to the national motto of France.