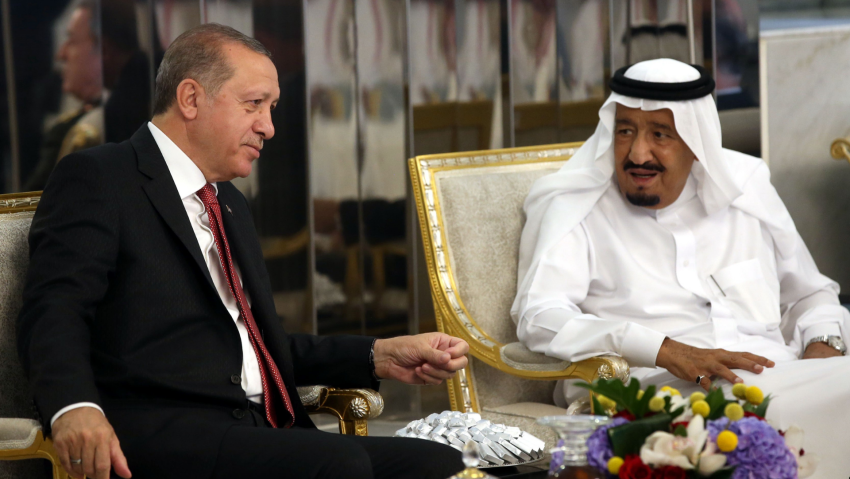 21 November, 2020
Turkey and Saudi Arabia agreed to keep open channels of dialogue to resolve differences between the two countries, according to Turkish state news agency Anadolu.

They also discussed ways to improve ties that have been strained since Saudi agents killed journalist Jamal Khashoggi at the Saudi consulate in Istanbul and have deteriorated since then due to political differences on the topic of Libya.

It came to a head last month when the Chairman of the Saudi Chambers of Commerce, Aljan Al-Aljan suggested Saudi businesses and consumers have a national duty to boycott Turkish goods and services.

“A boycott of everything Turkish, be it imports, investment or tourism, is the responsibility of every Saudi ‘trader and consumer’, in response to the continued hostility of the Turkish government against our leadership, country and citizens,” Al-Ajlan said in a tweeted at the time, according to Reuters.

The Saudi government media office denied that the boycott was official policy.

“The official authorities in the Kingdom have not placed any restrictions on Turkish goods,” it said.

But the Saudi government has a strong influence over the private sector, particularly after the jailing, on the orders of Crown Prince Mohammed bin Salman, of leading princes and business leaders.

Since then multiple supermarkets announced they were stopping the import and sale of Turkish products.

“This decision has come in solidarity with the popular boycott campaign,” one of them, Abdullah Al-Othaim Markets, said on Twitter.

While the exact trigger for the new boycott remains unclear, the campaign targets Turkey’s coronavirus-hit economy as it grapples with a currency in free fall.

The two countries are at loggerheads over a range of regional issues, from Libya and Syria to Qatar, a key Turkish ally that faces a three-year Saudi-led economic blockade.

Wary of rattling foreign investors and amid suspicion that Turkey could lodge a complaint with the World Trade Organization, the Saudi government has sought to distance itself from the boycott.

Authorities have denied placing restrictions on Turkish products and maintain that citizens have led the campaign.

But a joint statement from eight leading Turkish business groups this month claimed that many Saudi companies had been “forced to sign a letter of commitment not to import goods from Turkey”.