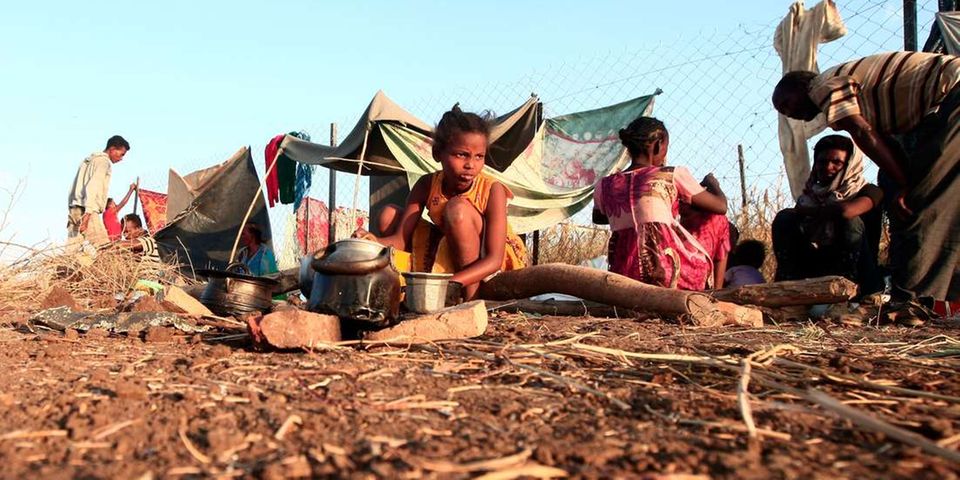 What you need to know:

The onset of armed conflict between Ethiopia and the rebellious Tigray region is tied to a comparably toxic dynamic in a nation-state that has a long history of secessionist uprisings.

The Horn of Africa is a violent and warlike place. It has been like that for years. In 1977, war exploded when Somalia’s Siad Barre tried to annex the Somali-inhabited Ogaden region of Ethiopia. Later a civil war erupted in Ethiopia that led to two major developments: One, the overthrow of the Marxist regime of Mengistu Mariam in 1991 and; two, the follow-up secession of Eritrea.

Meles Zenawi, who led the Tigray People’s Liberation Front (TPLF), had allied with Eritrea to oust Mengistu. After taking power in Addis Ababa, Meles introduced a unique form of ethno-federalism where autonomous regions were carved along ethnic lines. What’s more, self-determination for any was enshrined as a right.

That brief history is important because it illuminates the present crisis. It is no accident that those involved are armed to the teeth. Ethiopia has Africa’s largest standing army (500,000 personnel) and limitless reserves. The other actors in the conflict are no minnows either.

Tigray’s TPLF has 250,000 heavily armed fighters. Eritrea, which Tigray says has been fighting alongside the Ethiopian federal forces, can call up a battle-hardened 300,000-man army.

The rancour between the Ethiopian government and Tigray had been building up long before the TPLF’s rash attack on a federal army base on November 3, which triģgered Prime Minister Abiy Ahmed’s declaration that “the last red line has been crossed”.

The animosity dates back to when Abiy took office in 2018 following an Oromo uprising that ended the TPLF’s grip on power in Ethiopia. The Oromo, to which Abiy belongs, are Ethiopia’s largest ethnic group, but from which he soon got politically alienated.  The key milestones of Abiy’s rift with Tigray are: His dissolution of the TPLF-led coalition that had dominated Ethiopia for decades, and its replacement with a unitary political party called Prosperity Party. The partners in the previous coalition agreed to fold and join the new party.

The TPLF refused. Then came Abiy’s postponement of national elections in June because of the Covid-19 pandemic. Tigray’s defiant response was to organise its own regional elections in September, which Addis Ababa rejected as illegal. Amid it all was the furore in Tigray that the PM wanted to do away with the region’s autonomy and totally subjugate it.

Even Abiy’s dramatic rapprochement with Eritrea, which won him a Nobel Peace Prize, elicited rage in Tigray. Though the TPLF and Eritrea were once allies fighting the dictator Mengistu, there was a bitter falling-out afterward that led to a bloody border war with Eritrea in 1998-2000, which ended in a stalemate.

Abiy’s peace deal was the equivalent of the Kenyan ‘Handshake’, where an entitled partner was sidelined in favour of the enemy.

The illiberal 27-year rule of the TPLF over Ethiopia is not remembered fondly by the Oromos, nor, especially, by the historically influential Amharas, who form Ethiopia’s second largest ethnic group and who, incidentally, are backing Abiy’s war with Tigray to the hilt.

Ethiopia is a land of ancient hatreds. And epic, timeless love stories. Recall the legend of the Queen of Sheba and King Solomon? Ethiopia’s last emperor, Haile Selassie, traced his lineage to Menelik I, the reputed offspring of Solomon and the Queen of Sheba.

The country is unique in being the only one in Africa that never got colonised, and in fact militarily defeated imperial Italian invaders in a famous battle in 1896. Ethiopia’s storied history was the reason the AU’s predecessor, the OAU, chose Addis Ababa as its headquarters.

Nobody has any illusion it will be easy to subdue Tigray. Its militarist past and its mountainous terrain will work against any invader. Even when Ethiopia’s superior manpower and resources are brought to bear – as they will – Tigrayan fighters will probably retreat to their mountain hideouts and continue fighting guerilla-style.

Ethiopia is a long-standing US ally. This will not change. It was noted that America’s first official comment on the ongoing fighting was a sharp rebuke to TPLF when it fired rockets at the Eritrean capital, Asmara.

Indeed, Washington has done little to rein in the Ethiopians. And with Addis Ababa hosting the AU, it is probably too much to expect the continental body will remain scrupulously even-handed regarding the conflict, about which Ethiopia has told would-be mediators, Kenya included, to keep off.

At the time of writing this, federal forces were closing in on Mekelle, Tigray’s capital. The holy city of Axum, where according to Ethiopian Orthodox Church tradition the Ark of the Covenant is secretly kept, had already fallen to the Ethiopians. Tigray’s fate is uncertain, but looks now to be out of her hands.