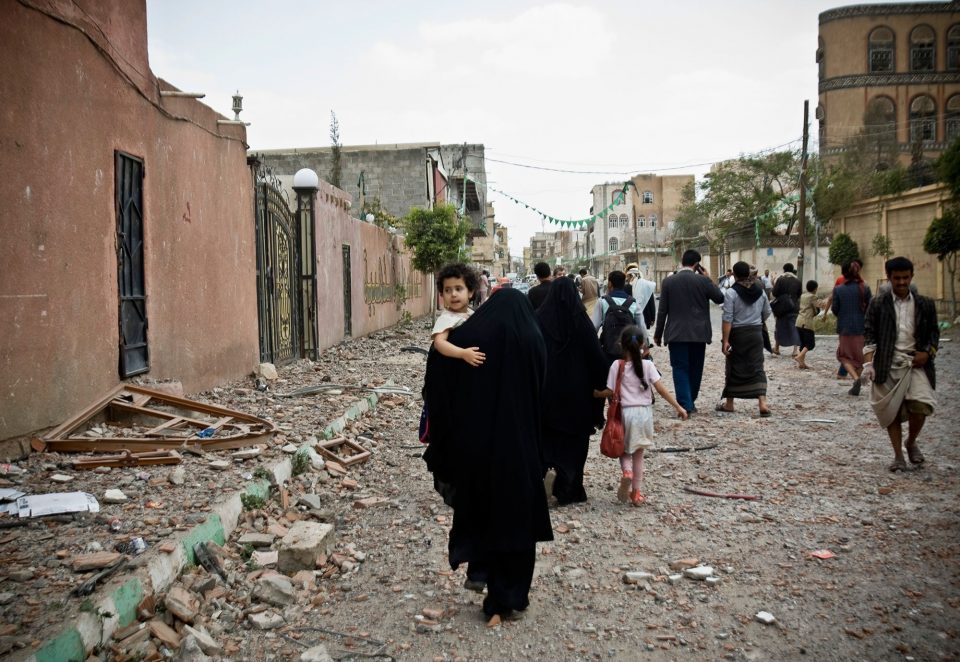 Since 2011, the United Nations has made great efforts in Yemen, starting with sponsoring the peaceful transition of power after the popular youth revolution in Yemen and ending with its efforts to stop the war in Yemen after the Houthi coup against power and the military intervention of the Arab coalition led by Saudi Arabia on March 26, 2015, which it exposed a political, economic and military crisis that was and still is extremely complex.  Though the UN has struggled for the restoration of peace and stability and had provided humanitarian works to control the disaster of war and defuse the negative impacts of war on society, till today it fails to end the war in Yemen.

With President Joe Biden coming to power, many changes have occurred in the US policy towards Yemen and the region and more international efforts to solve the Yemeni crisis. While the Trump administration worked to include the Houthis on the terrorist list days before it left power, the Biden administration on the other hand worked to rescind the decision in its first days in the White House. Joe Biden said that the war “has to end,”and announced three decisions related to America’s policy regarding the war in Yemen, namely “ending American support for all offensive military operations and related arms deals, supporting United Nations efforts to resolve the conflict, and appointing Tim Lenderking as a special envoy for Yemen”. All these moves came as a result of huge pressure exerted by human rights and humanitarian organizations to stop the civilian killing, and the intensification of the humanitarian situation in Yemen related to the war, as well as the transformation of the Yemen war, and the Saudi-American relations, into an arena of political polarization in Washington, both at the institutional level, between Congress and the presidency, and between parties.

As a result, the Houthis responded differently by escalating their attacks and expanding their influence operations towards the oil-rich Marib Governorate, in an attempt by the Houthis to control important areas and extend their influence to as many areas as possible to impose their presence and improve their negotiating position in any negotiations to end the conflict. The cancellation of the designation of the Houthis as a terrorist group came in the context of a new American approach to the Yemeni file, which the Biden administration said includes moving according to the path of providing humanitarian relief, working to stop the conflict through a negotiated settlement, and by supporting UN peace efforts.

Riyadh and a number of capitals in the region at the time witnessed an active American diplomatic movement, where the US special envoy to Yemen, Lenderking, and the US ambassador to Yemen, Christopher Henzel, met With Saudi, Yemeni and Omani officials, they also met with the UN envoy to Yemen, Martin Griffiths, in addition to what was said about his meeting with the head of the Houthi group’s negotiating delegation, Muhammad Abdul Salam in Muscat.

Saudi Arabia, for its part, announced an initiative on March 22, 2021, to end the Yemeni crisis and reach a comprehensive political solution, which includes a comprehensive cease-fire under the supervision of the United, opening of Sana’a International Airport, and the start of consultations between the Yemeni parties to reach a political solution to the Yemeni crisis. Though it was welcomed regionally and internationally and approved by the Yemeni government, the Houthis responded by rejecting it, and the chief Houthi negotiator, Muhammad Abdul Salam, tweeted, describing it as an “initiative directed at media consumption, neither serious nor new.”

During the last few months, Muscat witnessed intense movements in which the UN and US envoys to Yemen worked to transfer proposals between Muscat and Riyadh regularly, in an attempt to bring closer views on the Saudi initiative, which some see as an extension of the US and UN initiatives for a cease-fire and the resumption of political consultations. Despite all this diplomatic momentum, there is no progress in the negotiations in Muscat so far and in a perhaps last attempt by the UN envoy, who is supposed to leave his position as UN envoy to Yemen, after he was appointed as the UN Assistant Secretary-General for Humanitarian Affairs, during this week, he visited the Yemeni capital to meet with the Houthi leaders, after his efforts with the Houthi delegation in Muscat were hampered. During his visit to Sana’a, he called on the parties to the conflict to take advantage of the regional and international diplomatic momentum to end the war and ceasefire. “We have proposed several ways to bridge the gap between the disputants, and there is an extraordinary amount of diplomatic consensus to support these proposals,” he said before leaving the Yemeni capital.

The Houthis on the other hand, insisted not to link the humanitarian file to the political or military file. The Houthi leader considered that “the attempt to link the humanitarian duty as a legitimate and independent right and link it to other files of a military or political nature is an explicit confiscation of the right of the Yemeni people to their most basic human rights and an equation that cannot be accepted at all.” In which it indicates the rejection of the Saudi and UN initiative, which links the lifting of the ban on Sanaa airport and the entry of oil derivatives to the port of Hodeidah as part of a simultaneous solution package that includes a comprehensive cease-fire in all governorates.

Despite all that the United States in cooperation with the European powers and the UN envoy have done in working on the Yemeni file for nearly three months till now, and, there is no change or penetration to bring the parties to the dialogue table and stop the bloodshed, and all these moves without results for many local and international reasons.

Houthis believe that they still possess strength and can achieve more military gains on the ground and that their strength is increasing day by day, and their transformation from defense to attack, whether against the Yemeni government inside Yemen, such as the war raging on the outskirts of Marib, the last stronghold of the government in the north. Also, they can still threaten the Kingdom of Saudi Arabia, whether with missile attacks or drones or by direct engagement and control of sites within the Kingdom’s borders, as happened recently. Therefore, they believe that concessions should be made by the government and the Kingdom, and they should not make any concessions. On the other side, the Yemeni government and Saudi Arabia also see that the humanitarian side is linked to the military side and that lifting the siege on Sanaa airport and the port of Hodeida without agreeing on a ceasefire formula would be an added gain for the Houthis to enhance their power and capabilities.

Internationally , Despite the complexity of the internal scene, the international community bears responsibility as well, which was not explicit and clear in its movements between the parties to the conflict and did not specify the party obstructing any political settlement. Others believe that there is no real international will, specifically from the permanent members of the Security Council, which has all the powers, sanctions and decisive measures, but the intertwining and conflicting of their interests has made the issues and files of the Middle East and others a subject of conflict, and any strong and decisive decisions put forward by some are opposed by others. And many ink the issue of yemen to other files in the region such as the current Vienna agreement with iran.

to conclude, though the international efforts and unprecedented diplomatic momentum that we witnessed recently, especially with Biden’s accession to power and his appointment as a special envoy to Yemen, they could not to stop the bloodshed and bring the conflicting Yemeni parties to the negotiating table till now. The international efforts couldnot to find a breakthrough or any significant progress to solve the Yemeni crisis and they will not be able to achieve any, unless there is credibility from them to deal with the crisis and deter the forces obstructing the political settlement or there will be an actual change on the ground that obliges the parties to sit at the negotiating table.

Former British minister: ‘The Israelis think they control the Foreign Office. And they do!’