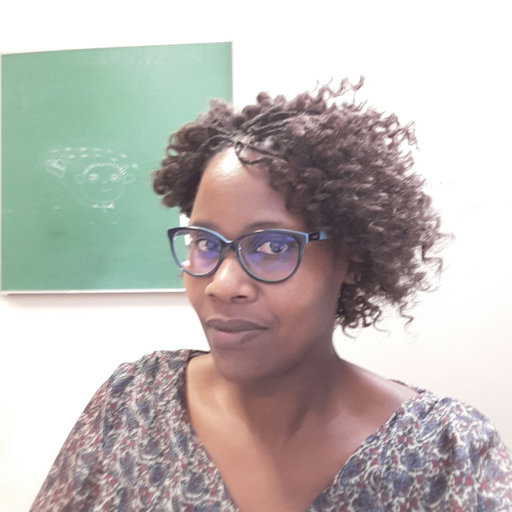 From a historical standpoint, the current conflict in Ethiopia fits within an established political pattern. There have been power struggles between the centre and the border regions since the modern Ethiopian state was established in the late 19th century.

The Ethiopian state was built on the back of conquest. Regions that existed on the margins were incorporated into the Ethiopian imperial state. These regions were occupied by groups with vastly different cultures from those of the centre. For example the capture of the Harar city state in 1887 paved the way for King Menelik II to expand his territorial conquest to the lowland regions that were occupied by Somali speaking people. This territorial expansion was almost complete by the end of the 19th century, when the imperial state began to consolidate its territorial limits.

This process coincided with the scramble for Africa, when European colonial powers shared out the continent among themselves. Across the continent groups of people who shared cultural and other affinities found themselves on opposite sides of international borders.

Despite being occupied by Italy between 1936 and 1941, Ethiopia was never colonised. Nevertheless, the creation of the imperial state led to tensions and sometimes armed struggles with people who occupied the border regions. One example is the Somali speaking people in eastern Ethiopia.

As a result, Ethiopian leaders have always been preoccupied with protecting its territorial integrity. This preoccupation has often involved neighbouring states with an interest in Ethiopian statehood, most notably Somalia and Eritrea.

Somalia has long-standing territorial claims on parts of eastern Ethiopia, which are predominantly occupied by Somali-speaking people. Eritrea on the other hand embarked on an armed struggle for independence from Ethiopia, which it attained in 1993. This was followed by a power struggle, which included a disputed border and competing ideas of national identity.

The current conflict in the country risks spilling over. This is because countries in the region have shown a proclivity for getting involved in each other’s business to achieve political gains at home. The interference occurs through shared borders and borderland regions that straddle similar groups of people.

Ethiopia is a key political and economic state in the Horn of Africa, which is also home to Sudan, South Sudan, Eritrea, Djibouti and Somalia. It has been involved in two conflicts with its neighbours in the past 50 years – Somalia in the south-east and Eritrea in the north. In 1977 the Somali state, then ruled by Siad Barre, invaded Ethiopia in a bid to take back territory it claimed. The invasion was largely aided by Somalis in Ethiopia. Ethiopia emerged victorious with Cuban and Soviet assistance.

Then in 1998 Eritrea and Ethiopia went to war over the disputed border town of Badme. But the dispute was about more than a dusty border town. It was also about competing national identities. In 2000 the Algiers Agreement led to a ceasefire. But the standoff continued until the intervention of Ethiopia’s Prime Minister Abiy Ahmed in 2018.

The current Somali state is in a decidedly weak position and poses no immediate threat to Ethiopia. The same cannot be said of Eritrea. It has not recovered from the outcome of the 1998-2000 war. Since the ceasefire in 2000 the threat of war has lingered between Ethiopia and Eritrea because neither country felt satisfied with the recommendations of the border commission that was appointed to settle the dispute.

The case of Somalia

Territorial tensions between Somalia and Ethiopia date back to the early 1960s when Somalia became independent. The new Somali government tabled significant claims on Kenyan, Ethiopian and French Somaliland territories at the newly established Organisation of African Unity. By the end of 1963 and early 1964, Ethiopia and Somalia were engaged in their first military confrontation, where Ethiopia asserted its dominance.

Somalia never gave up its claim on the eastern regions of Ethiopia. In 1977 the country decided to invade Ethiopia in a bid to regain the territory. Ethiopia was still reeling from a change of regime in which Marxist forces had overthrown the imperial regime of Emperor Haile Selassie.

Currently, Somalia has its own preoccupations which are likely to keep it inwardly focused. The country failed to hold scheduled parliamentary elections on 1 December. If the government and the different political parties do not agree on how to hold free and fair elections some groups might resort to violence.

Somalia’s security could also come under threat in 2021. Foreign peacekeeping troops who have been stationed in the country since the early 1990s are set to leave in 2021. With this scenario Al Shabaab could regroup and take advantage of the security vacuum.

And the Ethiopian troops stationed in Somalia were withdrawn in November 2020 shortly after the war in Tigray began.

Eritrea is the one player in the region with the potential to stoke the flames of war.

Despite the recent restoration of diplomatic ties between Ethiopia and Eritrea, there are still unresolved issues.

In particular, there are still lingering tensions between Eritrean President Isaias Afwerki and the leadership of the Tigray People’s Liberation Front.

The animosity stretches back three decades and has multiple sources.

Throughout the 1970s and 1980s the Tigrayans maintained an alliance with the Eritrean People’s Liberation Front in the Tigray struggle against the authoritarian Derg regime, a military junta that ruled Ethiopia from 1974 until it was overthrown in 1991.

But the two sides never imagined an alliance beyond their mutual struggle against the Derg.

Relations turned sour after the Tigray front came to power as a constituent party of the Ethiopian People’s Revolutionary Democratic Front in 1991. Once they defeated their common enemy their longstanding political and ideological differences resurfaced. The Tigrayans sought a democratic and decentralised Ethiopian state, while the Eritrean People’s Liberation Front envisaged an authoritarian unitary state for Eritrea.

These diametrically opposite views were bound to end in conflict. And so it was that the erstwhile allies become enemies.

The Ethiopian People’s Revolutionary Democratic Front went to war with Eritrea in 1998.

The eventual secession and independence of Eritrea generated a great deal of resentment in Ethiopia. Many saw it as an affront on the territorial integrity of the Ethiopian state.

Involvement in the current Ethiopian conflict would be in Eritrea’s interests. Defeating the Tigray People’s Liberation Front would restore national pride lost during the 1998-2000 war.

But this would come at the expense of regional stability.

The Horn has had its fair share of disruption and violence resulting in millions of displaced people, as well as hundreds of thousands of refugees

Tens of thousands of people have already fled Ethiopia for Sudan since the Tigray conflict began. A worsening refugee crisis would inevitably burden Sudan. It could also lead to interventions from the different countries in the region

Before it’s here, it’s on The Conversation