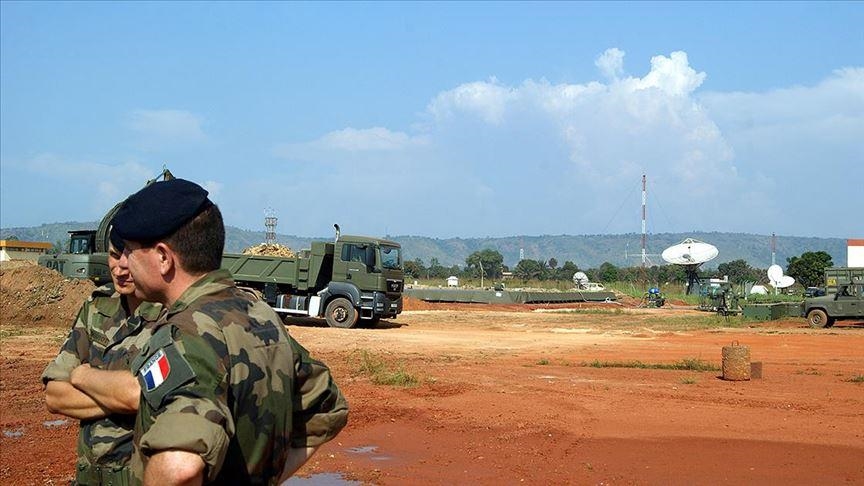 In a recent report, the United Nations Mission in Mali, known as MINUSMA, concluded that, on January 3, French warplanes had struck a crowd attending a wedding in the remote village of Bounti, killing 22 of the guests.

According to the findings, based on a thorough investigation and interviews with hundreds of eyewitnesses, 19 of the guests were unarmed civilians whose killing constitutes a war crime.

Unlike the US invasion of Iraq in 2003, the wars in Afghanistan, Syria, Libya and other countries, the French war in Mali receives little media coverage outside the limited scope of French-speaking media, which has successfully branded this war as one against Islamic militants.

What is interesting about the Mali story is the fact that, despite its centrality to the geopolitics of the Sahel region in Africa, it is framed within disconnected narratives that rarely overlap.

However, the story has less to do with Islamic militancy and much to do with foreign interventions. Anti-French sentiment in Mali goes back over a century when, in 1892, France colonized that once-thriving African kingdom, exploiting its resources and reordering its territories as a way to weaken its population and to break down its social structures.

The formal end of French colonialism of Mali in 1960 was merely the end of a chapter, but definitely not the story itself. France remained present in Mali, in the Sahel and throughout Africa, defending its interests, exploiting the ample resources and working jointly with corrupt elites to maintain its dominance.

Fast forward to March 2012 when Captain Amadou Sanogo overthrew the nominally democratic government of Amadou Toumani Touré. He used the flimsy excuse of protesting Bamako’s failure to rein in the militancy of the National Movement for the Liberation of Azawad (MNLA) in the north.

Sanogo’s pretense was quite clever, though, as it fit neatly into a grand narrative designed by various Western governments, lead among them France and the United States, who saw Islamic militancy as the greatest danger facing many parts of Africa, especially in the Sahel.

Interestingly but not surprisingly, Sanogo’s coup, which angered African governments, but was somehow accommodated by Western powers, made matters much worse. In the following months, northern militants managed to seize much of the impoverished northern regions, continuing their march towards Bamako itself.

The army coup was never truly reversed but, at the behest of France and other influential governments, was simply streamlined into a transitional government, still largely influenced by Sanogo’s supporters.

On December 20, 2012, the United Nations Security Council passed Resolution 2085, which authorized the deployment of the African-led International Support Mission to Mali. Armed with what was understood to be a UN mandate, France launched its war in Mali, under the title of ‘Operation Serval’.

It is worth mentioning here that the Mali scenario had just transpired in Libya when, on March 17, 2011, the UNSC passed Resolution 1973, which was conveniently and immediately translated into a declaration of war.

Both scenarios proved costly for the two African countries. Instead of ‘saving’ these countries, the interventions allowed violence to spiral even further, leading to yet more foreign interventions and proxy wars.

On July 15, 2014, France declared that ‘Operation Serval’ was successfully accomplished, providing its own list of casualties on both sides, again, with very little international monitoring. Yet, almost immediately, on August 1, 2014, it declared another military mission, this time an open-ended war, ‘Operation Barkhane’.

Barkhane was spearheaded by France and included Paris’ own ‘coalition of the willing’, dubbed ‘G5 Sahel’. All former French colonies, the new coalition consisted of Burkina Faso, Chad, Mali, Mauritania and Niger. The declared goal of France’s indefinite intervention in the Sahel is to provide material support and training to the ‘G5 Sahel’ forces in their ‘war on terror’.

However, according to Deutsche Welle, the ‘optimism’ that accompanied ‘Operation Serval’ completely vanished with ‘Operation Barkhane’. “The security situation has worsened, not only (in the) the north but (in) central Mali as well”, the German news agency recently reported, conveying a sense of chaos, with farmers fleeing their land and with “self-defense militias” carrying out their own operations to satisfy “their own agendas”, and so on.

In truth, the chaos in the streets merely reflected the chaos in government. Even with a heavy French military presence, instability continued to plague Mali. The latest coup in the country took place in August 2020. Worse still, the various Tuareg forces, which have long challenged the foreign exploitation of the country, are now unifying under a single banner. The future of Mali is hardly promising.

So what was the point of the intervention, anyway? Certainly not to ‘restore democracy’ or ‘stabilize’ the country. Karen Jayes elaborates. “France’s interests in the region are primarily economic,” she wrote in a recent article. “Their military actions protect their access to oil and uranium in the region.”

To appreciate this claim more fully, one only needs a single example of how Mali’s wealth of natural resources is central to France’s economy. “An incredible 75 percent of France’s electric power is generated by nuclear plants that are mostly fueled by uranium extracted on Mali’s border region of Kidal,” in the northern parts of the country. Therefore, it is unsurprising that France was ready to go to war as soon as militants proclaimed the Kidal region to be part of their independent nation-state of Azawad in April 2012.

As for the bombing of the Bounti wedding, the French military denied any wrong-doing, claiming that all of the victims were ‘jihadists’. The story is meant to end here, but it will not – as long as Mali is exploited by outsiders, as long as poverty and inequality will continue to exist, leading to insurrections, rebellions and military coups.

– Ramzy Baroud is a journalist and the Editor of The Palestine Chronicle. He is the author of five books. His latest is “These Chains Will Be Broken: Palestinian Stories of Struggle and Defiance in Israeli Prisons” (Clarity Press). Dr. Baroud is a Non-resident Senior Research Fellow at the Center for Islam and Global Affairs (CIGA) and also at the Afro-Middle East Ce nter (AMEC). His website is www.ramzybaroud.net