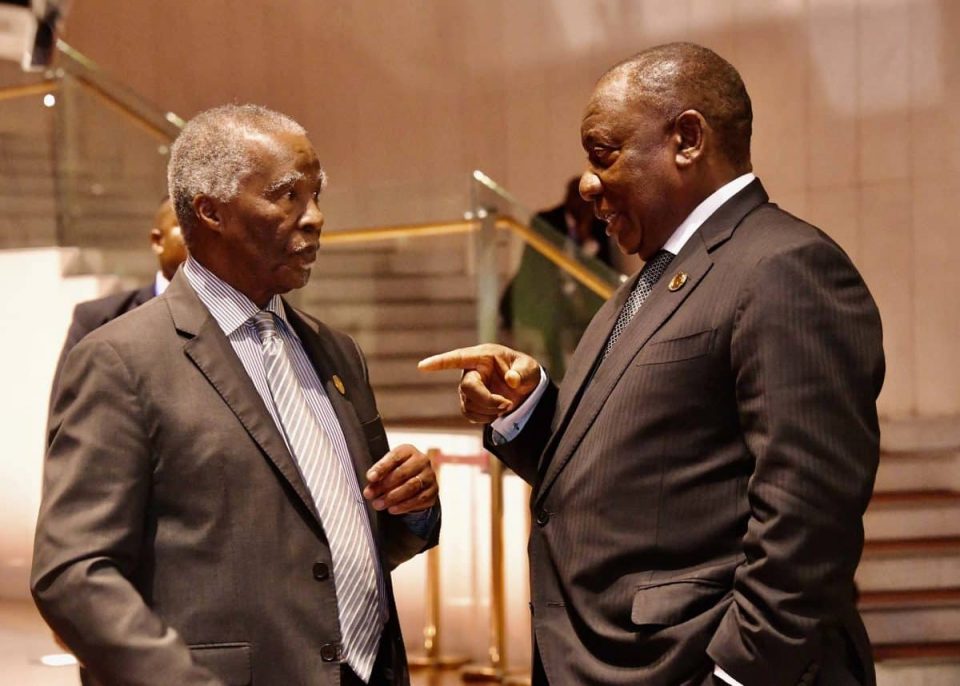 Thabo Mbeki made a rare appearance at the ANC NEC meeting over the weekend, prompting rumours that the party is preparing to upset some senior members.

The slow-burning events of the ANC NEC meeting this weekend exploded into life when former president Thabo Mbeki made an impromptu appearance on Sunday. He logged onto the virtual meeting to discuss the possibility of his party forcing corruption-accused members to step aside – something that has become a factional fault-line.

Ace Magashule finds himself at the centre of these discussions. He’s facing criminal charges for his role in a dodgy asbestos tendered brokered when the ANC Secretary-General served as Free State Premier. This has been the first stern test of Cyril Ramaphosa’s promise to tackle corruption head-on, by making those suspected of grift ‘step aside’.

However, Magashule has refused to vacate his responsibilities, even on a temporary basis. There’s been a backlash towards the suggestion that those suspected of criminal activity must do what many see as ‘the honourable thing’. Thabo Mbeki’s appearance has caused a huge stir, as the ex-head of state was slammed for ‘picking a side’.

However, the ANC have leapt to the defence of their one-time leader. An official statement from the party addressed some ‘inaccuracies’ linked to the reasons why Thabo Mbeki decided to register his interest in the past 24 hours.

“All former Presidents of the ANC attend NEC meetings in an ex-official capacity. It’s inaccurate to suggest that President Mbeki is attending the NEC for the first time. President Mbeki attended previous NEC Lekgotla. We thank him for always honoring NEC engagements when available.”

One person who isn’t too convinced by the ANC’s resolutions is Northern Cape Premier Zamani Saul. He condemned the legal recommendations which were used to establish the ‘step aside’ rule, openly questioning the credibility of the opinions that were offered. On top of the Thabo Mbeki controversy, Saul’s comments have added more fuel to the fire.

Via The South African