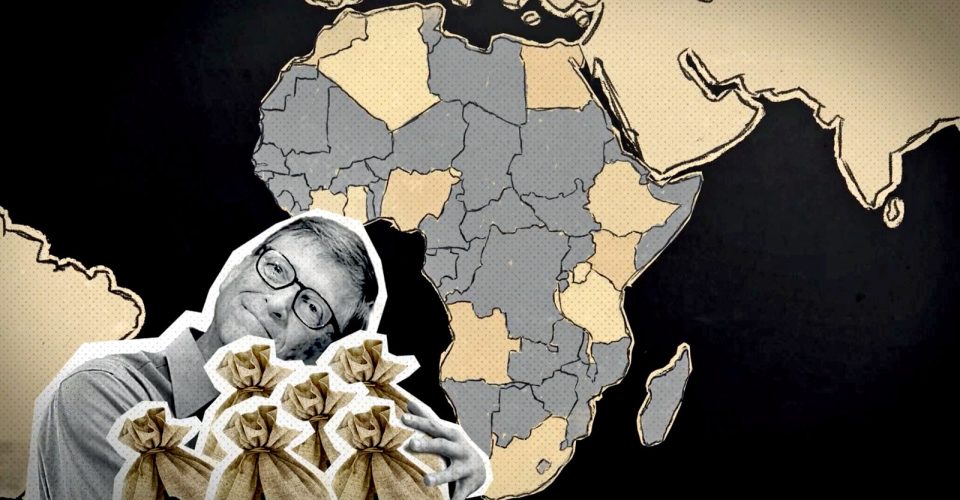 The video series “Rich Appetites” takes a look at what’s behind the push for industrial agriculture in Africa. The third segment in the series, “Money,” examines who stands to benefit if Africa embraces agribusiness.

The Bill & Melinda Gates Foundation (BMGF) spent about $6 billion on agriculture over the past 17 years. The money was earmarked to help small farmers in Africa and the rest of the global south.

Instead, the money wound up in the hands of institutions in the U.S. and Europe, according to “Money,” the third video in the three-part series “Rich Appetites: How Big Philanthropy Is Shaping the Future of Food in Africa.”

The film series, developed by the Uganda-based Alliance for Food Sovereignty in Africa (AFSA) and AGRA Watch, explains why exporting the U.S. industrial agribusiness model to Africa is a “grave mistake.”

“Money” takes a close look at who stands to benefit from the growth of industrial agriculture in Africa.

While building a reputation as a “brainiac do-gooder” trying to make the world a better place, Bill Gates of the BMGF imposed an agribusiness model on Africa against its people’s best interests, claims the film.

With its huge endowment, the BMGF “is one of the most powerful forces influencing agricultural development in Africa and the world,” according to the film.

The BMGF and the Rockefeller Foundation claimed that Alliance for a Green Revolution in Africa (AGRA) would bring about a “Green Revolution” in Africa by increasing the productivity of small farms, thus lifting people out of poverty and alleviating hunger.

AGRA promised this through the use of “improved inputs” including fertilizer and “advanced seeds.”

But instead, productivity has remained at the same level it was before AGRA, farmers are further in debt and hunger increased by 30% in AGRA’s focus countries, the film claims.

In its drive to impose an agribusiness model on Africa, the BMGF:

Despite its outsized power — eclipsing even that of entire nations’ elected governments — the BMGF answers to no one but itself, the film points out, and is free to act in its own interest using untaxed, donated money.

What the BMGF is doing in Africa cannot be called “charity,” and is vocally opposed by the very groups it is supposed to be helping, says the film.

In fact, it calls philanthrocapitalism a new form of colonialism.

“They want the continent to be a seamless trading post,” said Mariam Mayet, the executive director of the African Centre for Biodiversity.

Susan C. Olmstead is the assistant editor of The The Defender.

Qatar threatens to pull out its foreign investment from London

People of reason vs. people of the hadith