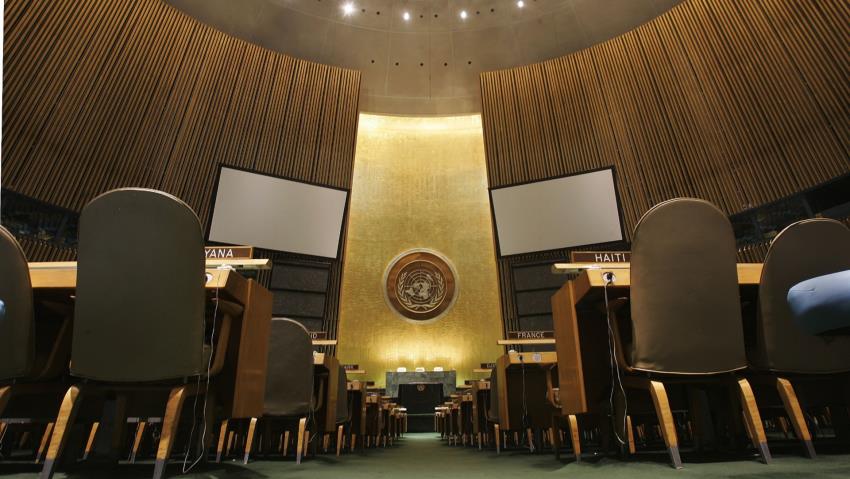 On Saturday, the US announced a return to all UN sanctions against Iran

Antonio Guterres told the Security Council he cannot take any action on a US declaration that all UN sanctions on Iran had been reimposed because there was “uncertainty” about it.

There is “uncertainty” over a US declaration to reimpose all sanctions on Iran, UN Secretary General Antonio Guterres told the Security Council on Saturday in a letter, according to a Reuters report.

UN officials’ support for Security Council sanctions regimes cover the administrative and technical fronts, while the chief decides which experts will monitor implementation.

“Pending clarification” of the status of the sanctions, Guterres said he would not offer that support.

“It is not for the Secretary-General to proceed as if no such uncertainty exists,” he added.

Donald Trump’s administration said the so-called “snapback” of the sanctions was in effect and threatened to “impose consequences” on any UN member state that fails to comply.

Following Washington’s defeat in extending a conventional arms embargo on Iran at the security council, US Secretary of State Mike Pompeo announced on August 20 a controversial move known as the “snapback”, which would lead to the return of all US sanction within a month.

He also vowed that the arms embargo would be extended “indefinitely”.

Thirteen out of 15 Security Council members regarded Washington’s move void, since the mechanism US claim to use falls under a 2015 nuclear deal between Iran and world powers, which Washington abandoned in 2018.


The sanctions in question were lifted in 2015 when Iran and six world powers – Britain, China, France, Germany, Russia and the US – reached a landmark nuclear deal known as the Joint Comprehensive Plan of Action.

But Trump withdrew from the JCPOA in 2018, saying the deal – negotiated by his predecessor Barack Obama – was insufficient. He also renewed and even strengthened Washington’s own sanctions.

The US insists it is still a participant in the agreement that it stormed out of, but only so it can activate the snapback option, which it announced on August 20.

Virtually every other Security Council member disputes Washington’s ability to execute this legal pirouette, and the UN body has not taken the measure any further.

On Sunday, two permanent council members – France and Britain – issued a joint statement along with non-permanent member Germany saying the US’s “purported notification” was “incapable of having any legal effect”.

“The illegitimate initiatives and actions of the United States by definition cannot have international legal consequences for other countries,” said its foreign ministry.