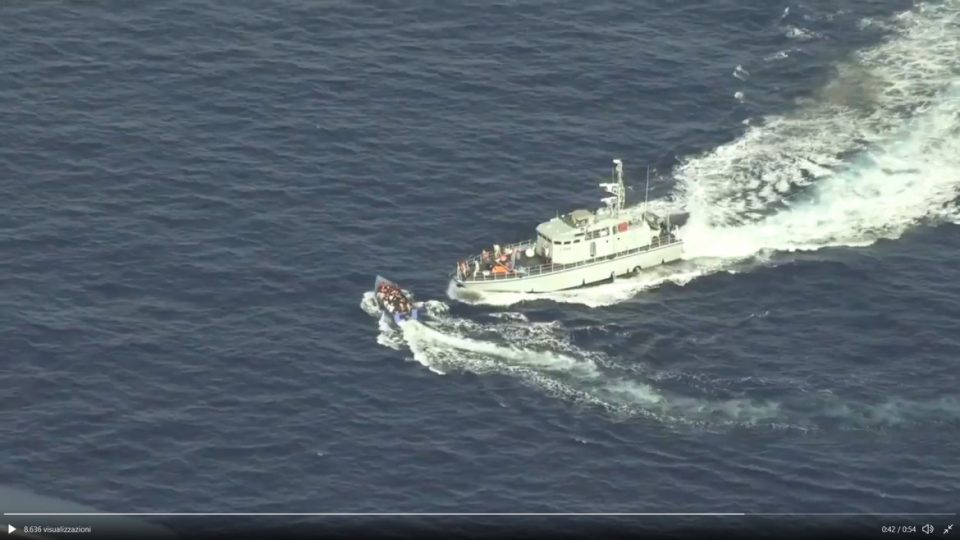 Thus begins the video released on Thursday by the Sea-Watch NGO. It was filmed on Wednesday afternoon from the Sea Bird aircraft during a monitoring mission over the central Mediterranean. The voices of the crew convey astonishment at first, and then fear. But the audio is nothing compared to what the images show. A Libyan patrol boat, the Bigliani 648 Ras Al Jadar (the double name, Italian and Arabic, is a sign of its origin), is chasing a boat loaded with migrants.

For a minute, there is a succession of dangerous maneuvers, attempts at ramming, and machine gun fire. At one point it seems that the Libyans are trying to hook the boat with sticks or lassoes, like in the Wild West. The 63 people on board refuse to stop. They’re risking everything. Incredibly, despite the disproportionate forces involved, they manage to escape. They ended up arriving in Lampedusa.

The happy ending does not overshadow the clear evidence of a criminal act. There could have been a new tragedy on that day in the Mediterranean, only a few hours after the one that took place Wednesday morning in front of Lampedusa (7 dead, 10 missing, 46 rescued) and three days after the one that happened Monday off the Tunisian city of Sfax (4 dead, 19 missing, 12 rescued).

The video definitively tears away the veil of hypocrisy about the modus operandi of the so-called “Coast Guard,” financed, trained and armed by the Italian authorities. In the last months, authoritative Italian political figures have been claiming that the Tripoli “Coast Guards” don’t carry weapons, or that those who have been educated by the Italians respect human rights. On May 6, they opened fire on the fishermen of Mazara del Vallo, who filed a complaint for attempted murder. On Wednesday, they almost capsized a migrant boat.

Furthermore, it is extremely concerning that their manhunt went as far as 45 nautical miles south of Lampedusa: that is, about 60 kilometers from Italian territorial waters. Needless to say, without the video of the Sea Bird civilian reconnaissance aircraft, one of the three that are monitoring what is happening in the central Mediterranean from the sky, we would have no evidence or knowledge regarding these events.

“I hope that after these images, my colleagues from the PD and M5S will announce a vote against the refinancing of this project when it arrives in parliament,” said Nicola Fratoianni (Sinistra Italiana) from the opposition. There was serious criticism from within the majority as well: “Europe is funding these shameful things, a shame that must be stopped now,” said Erasmo Palazzotto (LeU). According to Matteo Orfini (PD), “this is what the so-called Libyan Coast Guard does with the patrol boats Italy gave it: it shoots, it rams, it deports, it tortures.” However, nothing more has been heard beyond these voices, who have often made themselves heard opposing the support given to the Libyans.

Other politicians have remained silent. Such as Enrico Letta, the PD secretary, a party which in February 2020 voted unanimously for a motion to block the refinancing of the Libyan program. On the other hand, Mario Draghi, during his visit to Tripoli on April 6, expressed “satisfaction” at what Libya is doing and at its “rescues.” Just two days later, he described Erdogan—who controls the spigot of the migratory flows on the Balkan route, and is himself strengthening his presence in Libya—as a “dictator we need.” It is not difficult to imagine what the tone of the political debate will be when the measure to continue giving money to Libyan militias in exchange for migrant manhunts like the one shown by Sea-Watch.

Adapted from its original source-The Interpreter