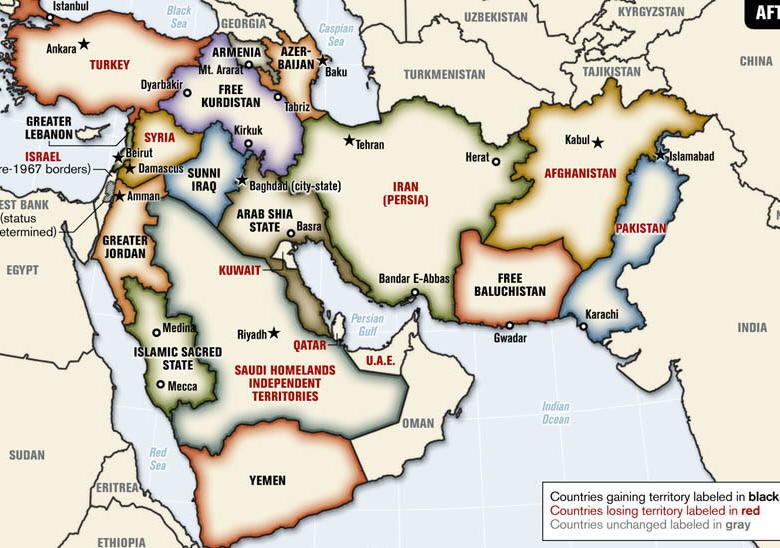 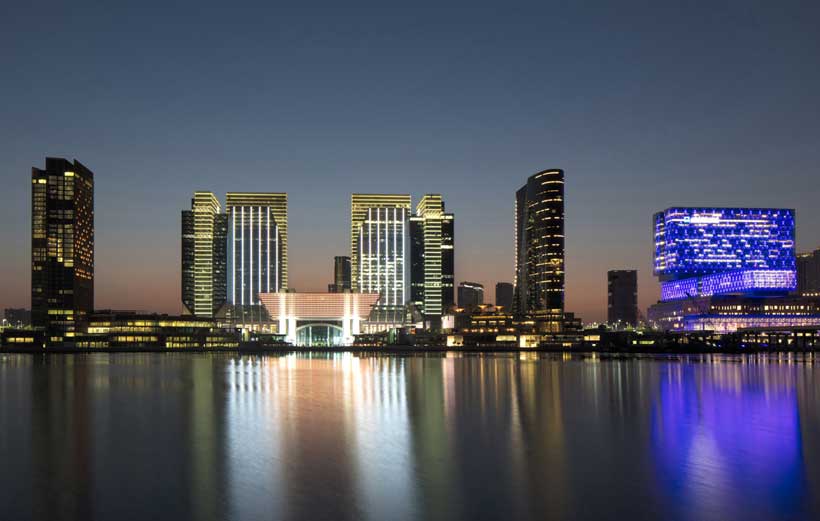 Over the years, Arab nations like Saudi Arabia and the United Arab Emirates had established substantial influence over the Muslim world, and were essentially ‘leading’ the Muslim world through the genesis of the Organization of Islamic Cooperation (OIC). Through the OIC, resolution of conflicts penetrating towards Muslim minorities in states like the Philippines were directed. In addition, financial aid was provided to developing Muslim countries like Pakistan. Nevertheless, in the contemporary notion, the Arab states heading the OIC have diverted their priorities to complement their political and economic interests; which can be attained through close alliances and diplomatic ties with  USA, Israel and India.

Consequently, a new bloc of non-Arab states, namely: Turkey, Iran and Malaysia have emerged to fill the vacuum, because they collectively share concerns over the foreign policy of the Saudi Arabia and UAE led Muslim bloc. Where, they lack involvement in resolving standing conflicts that impact the stability of Muslim countries, such as the Kashmir conflict between Pakistan and India and the Israel-Palestine conflict. Hence, the new Muslim bloc aims to bring about a renaissance for unity and prosperity in the Muslim world, which is deteriorating due to the Saudi and UAE led bloc.

In fact, the UAE has acknowledged Israel as a legitimate state whilst establishing full diplomatic ties, and Saudi Arabia, Oman and Bahrain are assumed to follow its footsteps in a matter of time. UAE is changing the dynamics of its non -renewable oil based economy, since oil will eventually dissipate. Hence, it is now investing in technological developments, such as the Masdar sustainable city project in Abu Dhabi. Since Israel is a technological hub, this decision was based on economic interests. In addition, the billion dollar deal between Iran and China for the development of Chabahar port poses a threat to the security of these Arab states. Meaning, establishing closer ties with the West through recognition of Israel was an attempt to stabilize the potential security threat. As, UAE will gain access to news weapons, such as: F-35 stealth fighters and advanced drones. Along these lines, Saudi Arabia and the UAE no longer carry ambitions of leading and protecting the Muslim world; instead, due to the changing economic and security dynamics of the region, they preferred national interests over the interests of the Muslim states.

Being home to the second largest Muslim population and the only nuclear power in the Muslim world, both blocs carry the aim of integrating Pakistan. However, Pakistan may find itself in the midst of a dilemma. As, one bloc serves its ideological purpose, whilst the other bloc carries numerous economic incentives. On one end, the Saudi and UAE led bloc offers economic allurement, such as: loans, deferred oil payment and job opportunities to millions of unemployed Pakistanis. Nevertheless, not calling an OIC meeting for the Kashmir cause and recognizing the state of Israel challenges the ideological existence of Pakistan.

Since, Pakistan regards the annexation of Kashmir as illegal, and condemns India for the human rights violations in that region. Furthermore, according to Quaid’s vision, Israel cannot be accepted as a legitimate state unless Palestinians are provided with an equal opportunity for the creation of their own state. As a result, lack of action in the Kashmir and Palestinian genocide paves as obstacle in Pakistan adapting the Saudi and UAE led bloc. On the contrary, the Turkey led bloc has openly sided with Pakistan on its stance on the human rights violations occurring in Kashmir.

In addition, they also raise their voice against Israel’s war crimes. Furthermore, Iran- a state in the emerging Turkey led block- is capable of supplying Pakistan with large amounts of power and energy. This can benefit the industrial growth of Pakistan, whilst improving the economic conditions of Pakistan as well. Henceforth, Pakistan has a like-minded foreign policy ideology with Turkey, Malaysia and Iran, and Iran can potentially provide economic incentives through power and energy supplies as well. Nevertheless, the benchmark of economic inducement provided via the Saudi and UAE led block is high, and can outweigh the Turkey led block.

Despite Pakistan’s attempt to form an appropriate balance between these blocs, the strategic and ideological interests of Pakistan over the region of Kashmir led to the apparent notion of Pakistan siding with the Turkey led bloc. In a statement by Pakistan’s Foreign Minister Shah Mehmood Qureshi, avoiding an OIC meeting in accordance with the Kashmir conflict presumed the fact that the Saudi and UAE led bloc have kept their mutual business interests with India over the occurrence of human rights violations in Kashmir. Consequently, out of circumstance Pakistan is compelled to bring forward a meeting with states sharing Pakistan’s stance on the Kashmir cause (i.e. Turkey, Malaysia and Iran). This was a major shift in Pakistan’s foreign policy, because Pakistan has generation after generation viewed Saudi Arabia as the leader of the Muslim Ummah. In fact, Pakistan fought several proxy wars for Riyadh, despite the notion that it left Pakistan economically vulnerable. Nevertheless, Saudi’s lack of commitment towards Pakistan’s interests, compelled Pakistan to divert its foreign policy. Not surprisingly, as a response Saudi Arabia withdrew the deferred payment of oil and asked for the immediate return of US$1 billion. As a result, Pakistan’s chief of Army Staff had to make an immediate visit to Saudi Arabia, in order to stabilize the rising tensions. This entailed that Pakistan could not bear the economic burden of impaired relations.

Thus, despite the fact that Pakistan attempted to change the direction of its foreign policy to suit its ideological interests, it was taken over by the storm of economic dependence. Pakistan lacks the financial stability to tarnish their relations with the Saudi and UAE led bloc and shifting  towards the Turkey led bloc. As, that could mean the return of millions of employees and the immediate payment of loans, which the government of Pakistan cannot afford. Implying how Pakistan is incapable of changing its foreign policy on its own, and is influenced by external dynamics instead. Henceforth, a stable economy can enable Pakistan to exercise a foreign policy based on its ideological purpose.