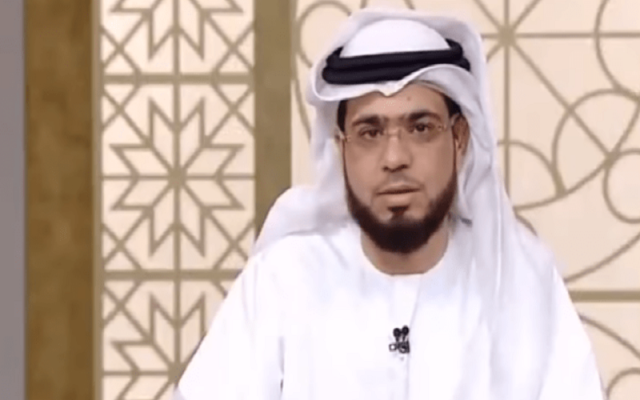 Wassem Yousef has shared a series of controversial tweets since his country decided to normalize ties with Israel.

Rabat – Wassem Yousef, a cleric in the UAE, has posted a series of controversial tweets against Palestine and Palestinians. The posts have prompted online backlash against the sheikh.

One of the controversial tweets came on August 15. Yousef shared a video of Palestinians stepping on the Emirati flag, symbolically objecting to the UAE’s recent decision to normalize ties with Israel.

In his post of the video, Wassem Yousef described Palestinians’ morals as “filthy.”

“You do not really deserve Jerusalem- most of you work in Israel and you are asking the Arabs to boycott Israel.”

The cleric went on with his comment to call Palestinians amoral.

“The truth is you are without morals. The Jews are more honorable than you.”

In another tweet, Wassem Yousef said that when he saw Palestinians burning his country’s flag because of the Israel-UAE peace deal, he decided to apologize to every “Israeli man” he offended in the past.

The cleric has fiercely defended his country’s decision to sign a peace treaty with Israel.

He said the agreement will be beneficial for all.

“There is a medical cooperation like the coordination against the COVID-19 pandemic,” he said.

He added that there will be cooperation in the field of agriculture.

“Peace always benefits people … wars are nothing but destruction.”

Supporters of the Palestinian cause slammed the UAE cleric for his controversial tweets and for showing two faces.

Twitter users also shared videos of the cleric before the treaty, in which he hit at Israel and zionists.

“We are not hostile to the UAE, the country, but rather the Emirates of disappointment and dishonor. We are hostile to anyone who is hostile to our homeland, Palestine, and who trade with its cause that is no longer your cause,” Derradji wrote.