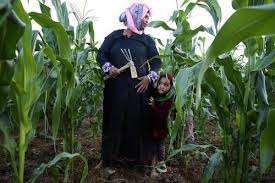 Despite the challenges of limited access to funding and opportunities, one woman farmer is reaping a full harvest.

It’s a sad fact that in 2020, many black smallholder farmers, especially black women, are still excluded from larger supply chains. The barriers to entry remain high, and it is difficult to scale-up production to meet large agricultural orders, especially when starting out. One smallholder can’t fulfil a large order, but a group of smallholders can, which is why Tiger Brands has invested R4.5 million in its ESD programme in Taung, North West Province. By building-up skills, assisting with equipment finance, and securing large orders of wheat and white beans, Tiger Brands has helped the farming collective known as the Baphuduhucwana Production Incubator (BPI) scale its harvests to meet the demands of big business.

That’s the larger story here. But there’s a much more personal story to how the BPI has changed the lives and livelihoods of each smallholder in Taung, including Mrs Kedidimetse Radebe who returned to farming late in her life.

Although her parents were Taung farmers, Kedidimetse moved to Johannesburg in search of “greener” pastures where she worked as a professional nurse for 15 years. After a marriage and three children, it was time to reinvent herself and return to her family home in Taung. “I’m a rural girl at heart,” she says. “It stays with you. For all the bright lights of the city, there’s something about an open field that feels like home.”

Through weekly training, Kedidimetse gained new knowledge on crop cultivation according to grain type and seasonality, even winning an entrepreneurship award in her district in 2018. And thanks to various funding and training interventions provided by Tiger Brands and its partners, she is among a growing list of women farmers in the BPI collective.

“Farming isn’t easy, but it’s very satisfying,” she says. “Every morning I’m up at 5 am, checking my farm for wandering animals and ensuring that the sprinklers aren’t burst or blocked. When my farmhands arrive, we begin moving sprinklers around the farm to ensure even water distribution.”

Since returning to Taung, Kedidimetse has learnt a lot and done a lot. She likens her crops to her own children: demanding care and attention but offering an abundant harvest in return. She’s proud of the house she’s built adjacent to her smallholding, the new Toyota Hilux parked in the driveway, and the legacy she is leaving her children, one that comes with the implicit message that any woman can start over and make it on her own.

Turkey and the others