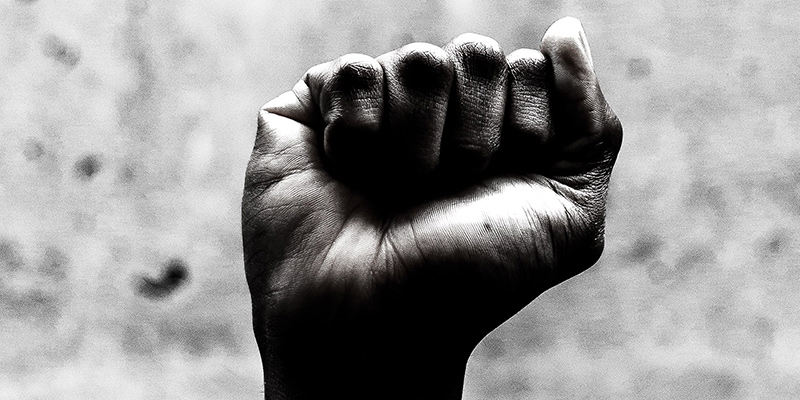 Photo: Unsplash/Oladimeji Odunsi
You can’t feed into the darkness. You can’t demand anyone to know what you know, to understand what you understand. People come to truth when they come to it and not a second before.
November 30, 2020
By Fitzgerald Brown
Growing up down south in the aftermath of the 1960s Negro Revolution in America was truly the best. During that period, three out of every four Black children in America were born in a two-parent home. By the 80s, that number would drop to one in every four.
Education and opportunity were becoming more accessible to black and brown communities everywhere. It would be the force that would get us out of the hole history had placed us in.
ADVERTISEMENT

Of the many reactions I got, one zoom call from home with my older brother really got me thinking. “Can you believe that man?” My older brother is now 60. I had noticed him wiping his eyes. I asked, “What ‘s wrong?” At first he didn’t (want to) speak, he just kept brushing the tears away, then he began, “Little brother, we grew up together,” he said. “We pretty much had the same childhood, but I’ll tell you, I have never had any white person call me a nigger or spit on me like these guys up here in Philadelphia tell me they have.
I have had White teachers down south who were some of the nicest people you’d want to meet. But, looking at that debate last night and the President of the United States refusing to denounce white supremacy as racist, I just never, you know, thought White people hated us that much.” I empathised with him because I knew the pain of sacrifice, service, abandonment, rejection and betrayal.
I joined the US Military at seventeen to prove my allegiance to the ideals that made America great in my mind, but war in a foreign land far away from the ones I loved taught me the truth about service and the value of my life. My brother and I grew up five years apart in a changing post-civil rights America. We were kids of the Kool-Aid generation, the first of our kind. We had opportunities our parents could only have dreamt of. We were the hope of a brighter future, a brighter America. A post-civil rights America.
In the 1960s, the far right party was a party bent on preserving the privileges of natural-born Whites in America, Jim Crow’s America. However, during the 1960s a new consciousness emerged as young White Americans took to the streets to say that they had seen the attack dogs set on peaceful protesters and wanted a better America. In January 1961, a young President-elect of Irish descent and a wealthy practicing Catholic would become the embodiment of the American dream and challenge the good American Christians to look into their hearts and minds and begin anew to create a better nation where the rights of every American, White and non-White, were protected under the laws of the land. With a rousing inauguration day speech, JFK inspired Americans to think better of themselves, to think higher of themselves: “Ask not what your country can do for you, but ask what you can do for your country.” He had spoken and the people spoke back.
My parents gave me his middle name because they believed life for Blacks in America would be different. But, in November of 1963, the 46-year-old president, John Fitzgerald Kennedy, was gunned down by a lone gunmen while out in Texas promoting his ideas of equality to the American people.
This is America My brother was crying because it was hard for him to accept people could be so calculating and one so naive. He, like so many others, wanted badly to believe in a land blessed by God.
I was twelve years old when my big brother left home. He moved up north straight out of high school, where he built a career and retired as a professional chef.
He found love, family and set up a home up north. But in the Trump years, the scales fell from his eyes. “I never had a racist moment down south, not like the kind of racist moments these guys tell me they’ve encountered here in Philly. I mean I just never believed White people hated us that much.” I knew the anguish, the shock. We Blacks down south don’t complain, we see but at the same time we’ve learnt not to see. My grandma in the village used to say, “You can’t feed into the darkness.
You can’t demand anyone to know what you know, to understand what you understand. People see what they want to see. People come to truth when they come to it and not a second before.” But what you don’t do is stop living. Avatar
Fitzgerald Brown is an African American poet and author from Charleston, living in Amsterdam.
Before it’s here, it’s on The Elephant
—————————————————————————————————————————————————————————–