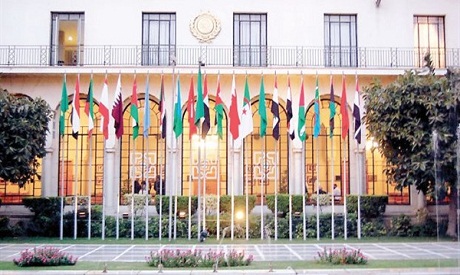 Sudan has expressed “reservations” over a draft resolution proposed by Egypt to the Arab League to support both Egypt and Sudan in the dispute over a massive dam Ethiopia is building on the Blue Nile, Egypt’s official news agency said on Thursday.

The US Treasury Department, which is brokering talks, said the filling of the 6,000-megawatt dam “should not take place without an agreement.” Sudan expressed the same stance as it called for “a comprehensive agreement on the safe operation of the dam” before the start of the filling of its reservoir.

The Sudanese side was informed in advance about the draft resolution put forward to the Arab League, which is designed to underscore “Arab support for the water rights of Egypt and Sudan,” sources told MENA news agency.

“Despite support from all Arab states for the draft resolution, the Sudanese side did not show any enthusiasm, but rather requested that Sudan’s name not be included in the resolution,” the sources said.

Sudan argues that the resolution does not serve its interests and expressed fears that “an Arab-Ethiopian confrontation might result from it,” the sources added.

Sudan said the pan-Arab bloc should not be involved in the dispute.

The draft resolution was adopted without amendment during a ministerial meeting on Wednesday, with Sudan officially registering its reservations, according to MENA.

Egypt accused Ethiopia of skipping the last round of talks in Washington last week “to deliberately hinder negotiations.”

The US Treasury Department said last week that an agreement has been drafted with input from the three countries and the World Bank and called on Ethiopia to sign it “at the earliest possible time.”

Egypt, which initiated the agreement, described it as “fair and balanced” and said it “achieves the interest of the three countries.”

Ethiopia accused the United States of being “undiplomatic” in its efforts to resolve the dispute and expressed “disappointment” with the US remarks.

On Tuesday, US President Donald Trump told Egyptian counterpart Abdel-Fattah El-Sisi that Washington will keep up efforts with the three countries until they reach a deal.

Ethiopia hopes the mega project will make it Africa’s biggest oil exporter. Cairo, however, fears the dam, which is under construction near Ethiopia’s border with Sudan, would significantly diminish its water supply from the Nile, its major source of freshwater.