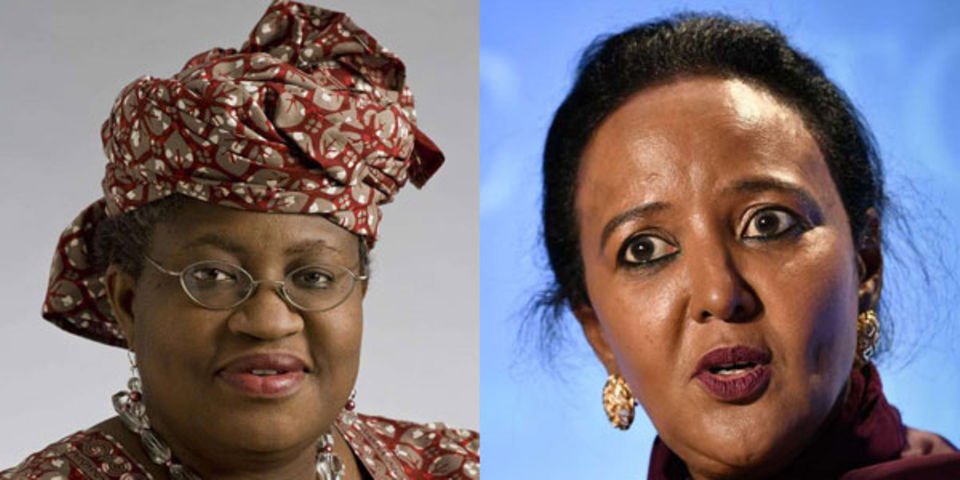 I have not had the opportunity to meet Ambassador Amina Mohamed, our Cabinet Secretary for Sports. I did not interact with her even when she was CS at my own line Ministry of Education. But if I were in Nairobi just now, I would be running fast towards her, as I am sure many of my media colleagues are doing, and hanging on her every word.

Ms Mohamed has become big international news with her decision to vie for the lofty post of Director- General of the World Trade Organisation (WTO). She appears to be an increasingly formidable contender for the office, with Kenya’s official backing. The rest of us can only wish her luck, and let all our friends and well-wishers all over the world know how glad we would be at her selection for the job.

I wish there were a mechanism for getting Ms Mohamed endorsement from a significant regional block. Unanimous AU endorsement seems to be out of the question, as, apart from contenders from elsewhere in the world, there are two African candidates remaining in the race for the seat, one from Nigeria and our Ms Mohamed. Our candidate, however, can rightly claim to represent all of Eastern, Central and Southern Africa.

But the Nigerian candidate is no other than Nigeria’s Ngozi Okonjo-Iewala. I have always wondered where Eastern Nigerian ladies get this beautiful “Ngozi” name and what it means in Igbo. You probably have heard of Ngozi Chimamanda Adichie, the star author of Purple Hibiscus and Americana.

I should ask my colleague, Gloria Minage Mwaniga, who is a friend of Ngozi Adichie, if she told her the meaning of her name. In Kiswahili it would mean “skin”, with connotations of smoothness.

Anyway, Ngozi Okonjo-Iewala is likely to be Amina Mohamed’s most formidable opponent in the final run to the WTO Chair. This sister needs little introduction, even to those not particularly conversant with African affairs. A former senior executive at some of the major Littlewoods institutions, mainly the World Bank, Ngozi Okonjo-Iewala has served twice as Nigeria’s Finance Minister.

She at one time expressed an interest in running for her country’s Presidency, to the delight of those of us who believe in the validity and value of top female leadership.

Sadly, she did not proceed with her candidacy, remarking at a certain point that Nigeria was probably not quite ready yet for such decisive developments as a female President. She firmly turned down a new campaign, in 2019, to persuade her to make a new shot at the top seat.

Anyway, that in outline is the calibre of the WTO candidate against whom our Amina Mohamed is vying for the seat. When I last heard, both African sisters had made the shortlist of five, including one other woman, Korean Yoo Myung-hee, and two men. The men are Briton Liam Fox and Saudi Mohammad Maziad al-Tuwajri. If his name means what it sounds like to our Swahili ears, this last personality, who is the Kingdom’s Economy Minister, must be a man of substance.

Anyway, the list is being quickly trimmed down, and by October 6, there will be just two contestants battling it out for the final choice, which is by WTO members’ consensus. My fertile imagination cannot keep off the possibility of Ngozi and Amina, undoubtedly the best-qualified contenders, in my mind, facing each other at the finishing line, some time in early November.

Realistically, the victory of either African woman in this contest would, and should, be a cause for celebration among all of us. It would be the first time that a woman, and an African, heads the World Trade Organisation. Still, for quite understandable reasons, I would be a lot happier if Ms Mohamed were to be elevated to the seat, especially at this juncture in Kenya’s public affairs.

In any case, whether Amina Mohamed or Ngozi Okonjo-Iewala, or neither, win, our two sisters are making a crucial point to the world and to us. These women are proving to the world that they are fully qualified and able to lead the world at the highest levels. If they can do that, why should anyone obstinately stand in the way of their leadership at any other level?

Two other significant points struck me about Ambassador Amina Mohamed. The first is that she has contested for the WTO Director General’s position before. The second is that she comes from “Western”. These well-known facts, again, gain some weight in the light of our current affairs.

Regarding Ambassador Mohamed’s previous bid, in 2017, for the WTO post, she lost in the final rounds to currently retiring Roberto Azevedo of Brazil.

The fact that she is fearlessly back in the fray this year signifies for me the Kenyan woman’s invincible fighting spirit that keeps insisting, “Never give up!” I need not elaborate on the need, at present, for that spirit among our sisters and all of us who respect them and believe in them.

Regarding the “Western” connection, from Webuye to Malaba and from Luanda to Busia, I noted that Ambassador Mohamed is Kakamegan, born and bred. Abeingo (home people), I do not claim adoption in “Western”, because I do not need to. We know that I belong there, somehow. Maybe that is why Denis, a young reader and friend of mine from the region, complained to me that he does not see any concrete growth and development plan any of our leaders from “Western” have for their people.

Over to you, Ambassador Mohamed and all our “Western” leaders, including my Senator and long-time friend, Ndugu Amos Wako. Nairobi alliances and caucuses aside, what is our Marshall plan for the grassroots mwananchi in Butsotso, Chepkube, Khumusalaba or Budalang’i? The World Trade Organisation is about giving all humanity a fair economic chance. But, as they say, charity begins at home.

To end with another puzzle about Igbo names, Dr Ngozi Okonjo-Iewala’s mother is Professor Kamene Okonjo. Now, Kamene could, unmistakably, be a name from Ukambani.

The article first appeared on Nation