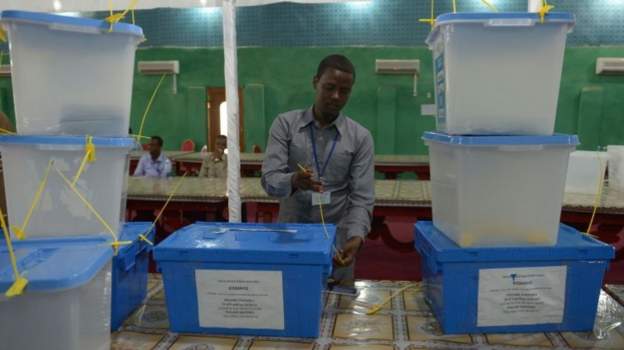 The leaders of Somalia’s five regional states have said the country is not ready to hold its first one-person-one-vote election this year due to insecurity and logistical challenges.

after a two-day meeting in the central town of Dhusamareb, the presidents of Galmudug, Puntland, Jubbaland, Hirshabelle and South West state called for an alternative election model.

They also called for a meeting with the federal government to seek a politically-negotiated electoral model.

They however said they will reject any attempts to extend the terms of the federal president and prime minister.

Somalia’s electoral chief, Halima Ibrahim, last month called for the elections to be postponed to August 2021, citing lack of funds, insecurity, flooding and the coronavirus pandemic.

The parliamentary and presidential polls were scheduled for November 2020 and February 2021 respectively.

They were intended to be Somalia’s first one-man-one-vote elections in 50 years. Recent elections have been based on a power-sharing formula among clans.