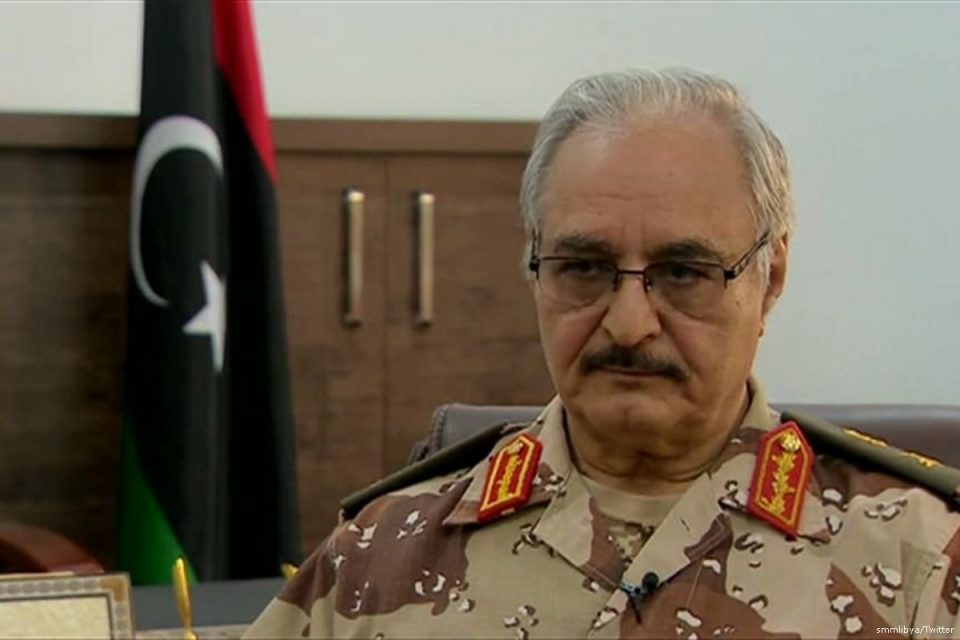 Sudanese militias who make up part of the Sudan Liberation Front headed to Libya in support for the forces of Brigadier General Khalifa Haftar, Arabi21 reported yesterday.

The news site said that it obtained an exclusive video showing the Sudanese militias moving from the city of Bani Walid to the city of Tarhouna.

A Libyan military source revealed in July that foreign soldiers, including some from the UAE were supervising the transition of the mercenary fighters from the Sudan Liberation Front to Haftar’s military bases.

The UN revealed in a report issued a couple of days ago that member states had violated the UN arms embargo imposed on Libya, stating that the UAE, Sudan, Jordan and Turkey were among the violators.

“The UAE, Jordan and Turkey provided weapons periodically and sometimes blatantly with little effort to conceal the source,” the Panel of Experts of the International Sanctions Committee on Libya said in the report.

The head of Sudan’s Transitional Military Council, General Mohamed Hamdan, also violated the arms embargo by sending 1,000 soldiers to Libya in July in order to support Haftar’s invasion of Tripoli, the report added.