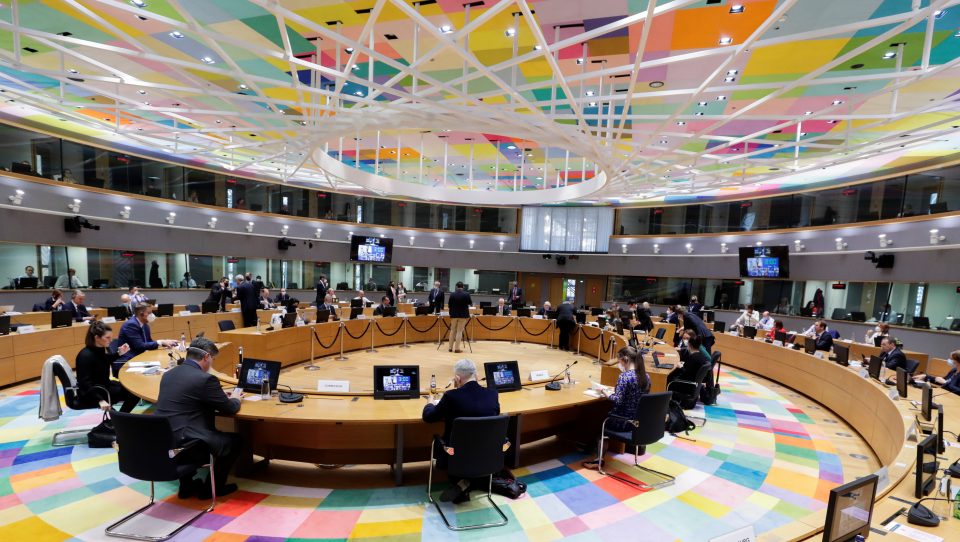 The international community has to end its support for the apartheid state of Israel and must stop the genocide of the Palestinian people, says MEP Mick Wallace in an interview with Finian Cunningham.

Mick Wallace, an independent Irish Member of the European Parliament, speaks his mind to Strategic Culture Foundation about the recent violence in Gaza where 248 people were killed by the Israeli military. Among the dead were 66 children during 11 days of bombardment of the Palestinian territory. Nearly 2,000 were injured in airstrikes on the densely populated coastal strip where two million people live in appalling deprivation. Hundreds of homes and civilian infrastructure were destroyed by the Israeli forces armed with U.S. warplanes and munitions. Rockets fired by Palestinian militant group Hamas killed 12 Israelis, including two children. Yet the United States and the European Union stridently declared support for Israel’s “right to self-defense” while not categorically denouncing the slaughter of Palestinians.

Mick Wallace condemns what he calls the complicity of America and the European Union in Israeli war crimes. He says the oppression of Palestinians will continue tragically because, effectively, the U.S. and EU are sponsoring genocide. However, he notes, Western governments are increasingly out of step with public opinion horrified by Israel’s wanton occupation of Palestinian territory.

Wallace was elected to the EU parliament in 2019. He is an independent MEP who is affiliated with the European Party of the Left. He is an outspoken critic of American imperialism and European complicity in NATO aggression towards Russia. His weekly podcast frequently explores and condemns Russophobia in EU foreign policy which he says is due to the bloc’s subservience to Washington. Wallace’s outspoken internationalism and anti-imperialism have gained him much popular support in Ireland and abroad. Question: American and European politicians commonly declare their support for Israel’s “right to self-defense”. However, you have stated that Israel does not have such a right. Many people would condemn your statement given the barrage of rockets fired at Israel by the Palestinian militant group Hamas. Can you explain why you think Israel does not have a right to self-defense?

Question: During the recent eruption of hostilities between the Israelis and Palestinians, the European Union showed little leadership in calling for a ceasefire. Why is the EU so ineffective in resolving a conflict which is on Europe’s periphery?

Mick Wallace: It would probably be fair to say that when it comes to foreign policy, the European Union has never been so weak.

Question: European leaders aspire for the EU to be a global political force. But the EU is all too often seen as subordinate to the United States. With regard to the Israeli-Palestinian conflict, Europe seems too deferential to Washington. Is that a fair criticism?

Mick Wallace: Yes, the EU does not have the courage to challenge the United States on these matters.

Question: You have been especially critical of Germany and the European Commission President Ursula von der Leyen, who was formerly the German minister of defense, for their appeasement of Israel by not criticizing its illegal occupation of Palestinian territories. You have made the point that Germany’s historical guilt from Nazism and the Holocaust is a factor. Can you elaborate on that point?

Mick Wallace: Von der Leyen is a weak European Commission president but her statement on the conflict emphasizing Israel’s supposed right to self-defense was a new low. Sixty-six Palestinian children were killed by the illegal occupier, Israel, while Hamas killed two Israeli children. And yet Von der Leyen could only condemn Hamas. Germany backs Israel because of its guilt over Nazi horror. Yet in appeasing Israel, German politicians are complicit today in crimes against humanity akin to those of Nazi Germany.

Question: Other European countries were also complicit in Nazi crimes against Jews, such as France and the Baltic states, Austria, Romania, and Hungary. During the latest violence, Austrian public buildings were draped with the flag of Israel. Does the specter of the past Nazi horrors and European guilt account for the EU’s failings with regard to the Israeli-Palestinian conflict?

Mick Wallace: There’s no doubt that German guilt for the terrible atrocities committed against European Jews is a factor. The failure of so many German Members of the European Parliament to criticize Israeli war crimes is shocking, but other forces are also at play. Israel is a vital part of the United States Empire, and that’s reflected in EU subservience to the Americans.

Question: Out of 705 European parliamentarians, a sizable majority seems to be supportive of Israel whereas among European citizens there is strong sympathy for the Palestinians suffering from illegal occupation and oppression. How do you explain such a discrepancy between elected representatives and the general public with regard to views on the Israeli-Palestinian conflict?

Question: Is European guilt over Nazism and fascism a factor in the European Parliament’s attempts at World War Two revisionism whereby the Soviet Union is equated with the Nazi Third Reich?

Mick Wallace: I believe it’s more a case of the European Union, at America’s beckoning, trying to undermine and isolate Russia.

Question: Russia has offered to act as a mediator between the Israelis and Palestinians, claiming to have credible relations with both sides. The American mediation efforts have been a failure as has been shown by the chronic impasse and erosion of Palestinian rights over several decades. Do you think Russia could help find a resolution?

Mick Wallace: I wouldn’t be confident of Russia playing a neutral and fair role – the Kremlin also tolerates much of the lawless behavior of Israel.

Question: What, in your view, is a viable solution to the decades-old conflict?

Mick Wallace: That’s a big question. The two-state solution is long dead. The international community has to end its support for the apartheid state of Israel and must stop the genocide of the Palestinian people. All Palestinians are entitled to live a dignified life in their homeland. But this is unlikely to happen until the international community stops supporting U.S. imperialism, and the sovereignty of all nations is respected.