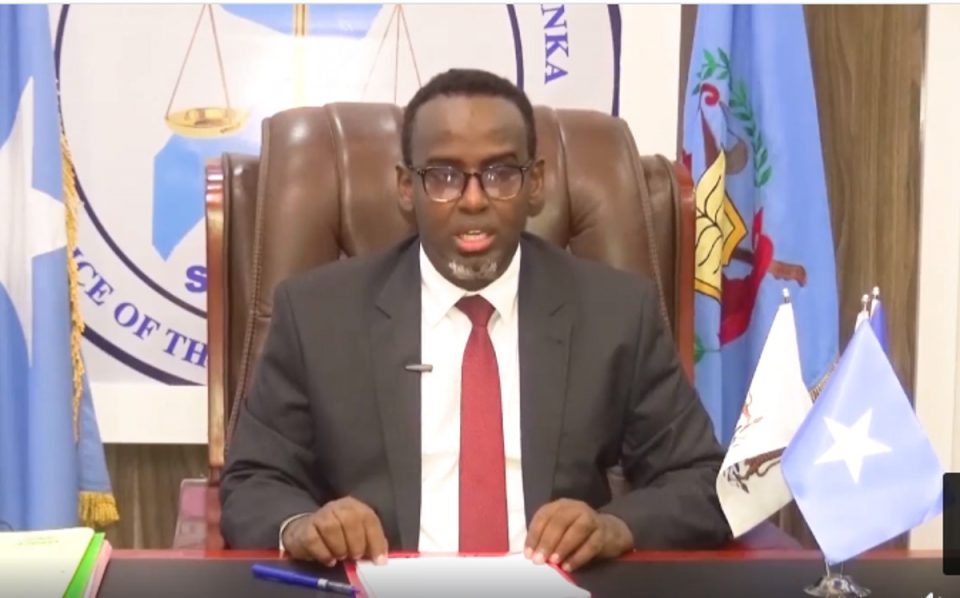 Somali Attorney General Suleiman Mohamed Mohamud on Tuesday warned that the Horn of Africa country will no longer tolerate foreign vessels that come to its sea to illegally fish, cautioning that ships would be seized.

Mohamud said the government will roll out new measures to combat illegal fishing in its seas which leaves small fisher communities with poor yields as foreign nations and private companies exploit resources.

“Illegal fishing in Somalia is a national disaster and one of the biggest catastrophes to Somalia’s resources,” he said, noting that Somalia’s marine resources remain untapped.

A report by the Global Initiative against transnational organized crime in July said the waters off Somalia are some of the richest fishing grounds in the world and are still largely untapped.

It added that following the steady decline in attacks by Somali pirates since 2012, foreign fishing fleets have gradually returned to Somali waters.