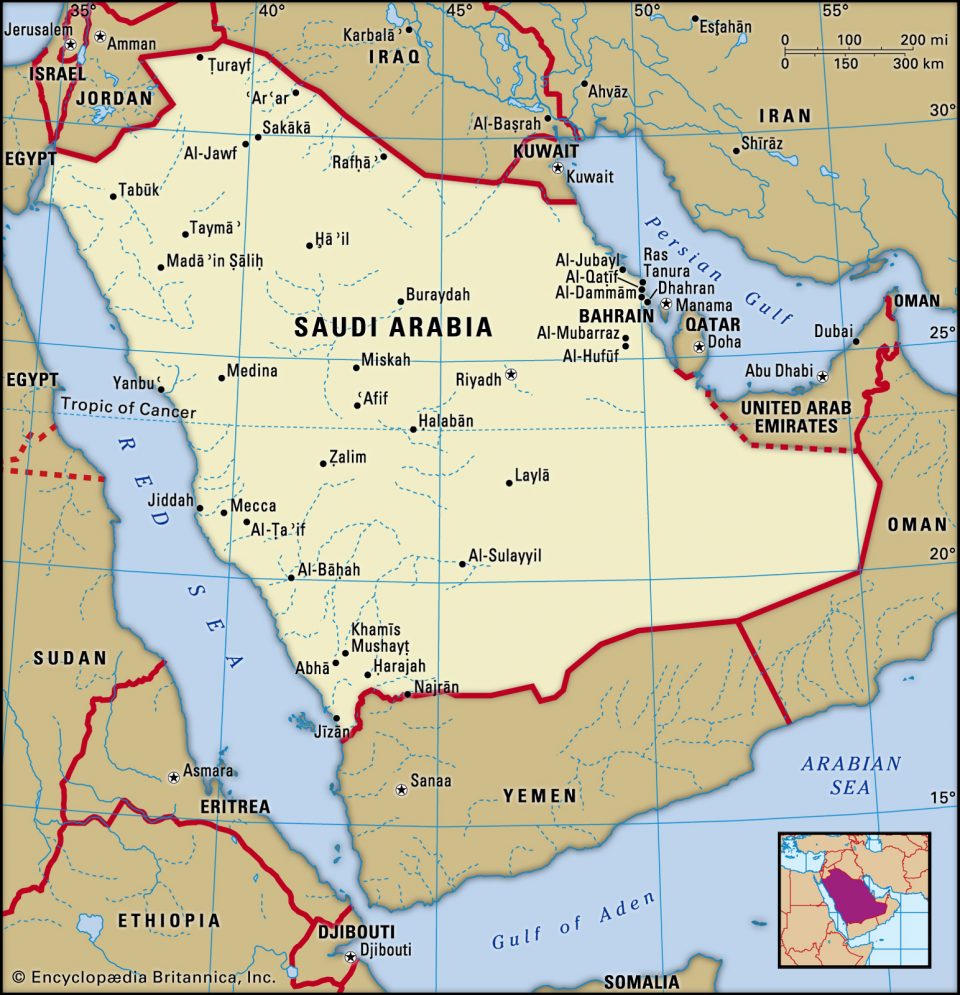 Saudi Arabia’s air defences have intercepted two ballistic missiles above the kingdom’s capital, Riyadh, and the southern city of Jizan, according to a spokesman for the Saudi-led coalition fighting in Yemen.

Turki al-Malki, in a statement quoted by the Saudi Press Agency, blamed the foiled assaults on Yemen’s Houthi rebels and said the missiles were destroyed around 23:23 (20:23 GMT) on Saturday.

There was no immediate claim of responsibility, however.

Al-Malki said the interception of the missiles had resulted in “debris scattering on some residential areas” in Riyadh and Jizan.

The SPA later said “two civilians were slightly injured due to the falling of the intercepted missile’s debris as it exploded in mid-air over residential districts”. Residents in Riyadh reported at least three blasts late on Saturday night, followed by emergency vehicle sirens in some northern districts.

Yemen’s Iran-aligned Houthis battling the Saudi-led coalition have launched hundreds of missiles and drones across the border, mostly at nearby military and civilian targets but also at Riyadh.

The city is about 1,000 kilometres (620 miles) north of the border with Yemen, and the last attempted attack on the capital was in June 2018.

The latest missile attack comes after all parties in Yemen’s long conflict offered support on Thursday for the United Nations’ call for a ceasefire to protect civilians from the novel coronavirus pandemic. The call coincided with the fifth anniversary of Saudi Arabia’s intervention in Yemen’s civil war, at the helm of a military coalition supporting the internationally recognised government against the Houthi rebels.

In his statement, al-Malki said that firing missiles at this time by the Houthis and Iranian Revolutionary Guard Corps showed the real threat the group, and the Iranian government supporting it, pose.

He added: “This escalation by the Houthi militia does not reflect its announcement of acceptance of the ceasefire and de-escalation, nor any seriousness in engaging in confidence-building measures and reaching a comprehensive political solution with the Yemeni government to end the coup.”

The Saudi-led coalition intervened in Yemen’s civil war in 2015 to try to restore the internationally recognised government of President Abd-Rabbu Mansour Hadi, deposed by the Houthis in 2014. The conflict has killed more than 100,000 people, many by Saudi-led air raids. It has also created the world’s worst humanitarian crisis, leaving millions suffering from food and medical shortages.

The warring sides had earlier shown an interest in de-escalation, with a Saudi official saying in November that Riyadh had an “open channel” with the rebels with the goal of ending the war.

The Houthis also offered to halt all missile and drone attacks on Saudi Arabia after attacks on its oil installations last September. Riyadh b which were claimed by the armed group but widely blamed on Iran, despite its denials.

But those efforts seem to have unravelled. Observers say the rebels may have used the lull to bolster their military capabilities.

Sami Hamdi, editor-in-chief of the UK-based International Interest magazine, also blamed Saturday’s missile attack on the Houthis, calling it a “PR stunt” by the rebels aimed at “appearing stronger than they are”.

Noting the Houthi support for a ceasefire, as well as an offer last week by the group to release Saudi captives in exchange for Palestinian Hamas members, Hamdi told Al Jazeera: “This is part of a PR offensive to win the wider Arab public opinion outside Yemen … They knew the missiles wouldn’t cause any damage to Riyadh. They knew the missiles would not cause any impact militarily against Saudi Arabia, but the aim is to show the world ‘Look how the Houthis are sending missiles towards the Saudis’.”

With the recent escalation in fighting in Yemen, more than 40,000 people have been displaced since January, adding to the roughly 3.6 million who have fled their homes since the war began.

A number of those fleeing in recent weeks, including women and children, escaped on foot, walking for days without food or water across open desert, according to a recent statement by the United Nations refugee agency.

Yemen’s broken healthcare system has not so far recorded a case of the COVID-19 illness, but aid groups have warned that when it does hit, the effect will be catastrophic in a country already regarded as facing the world’s worst humanitarian crisis.

Saudi Arabia is scrambling to limit the spread of the disease at home. The kingdom’s health ministry has reported 1,203 coronavirus infections and four deaths from the disease so far.