Maize and sorghum are staple food crops for the subsistence farming community in Somalia.

These crops are predominantly grown in rainfed areas and, to a lesser extent, on precarious irrigation systems.  However, due to the frequent and recurrent droughts caused by the seasonal upsets of rainfall and the hydrological droughts due to cut-off river water flow at critical periods of crop-water requirements, the staple food crops (maize, sorghum) are at risk. 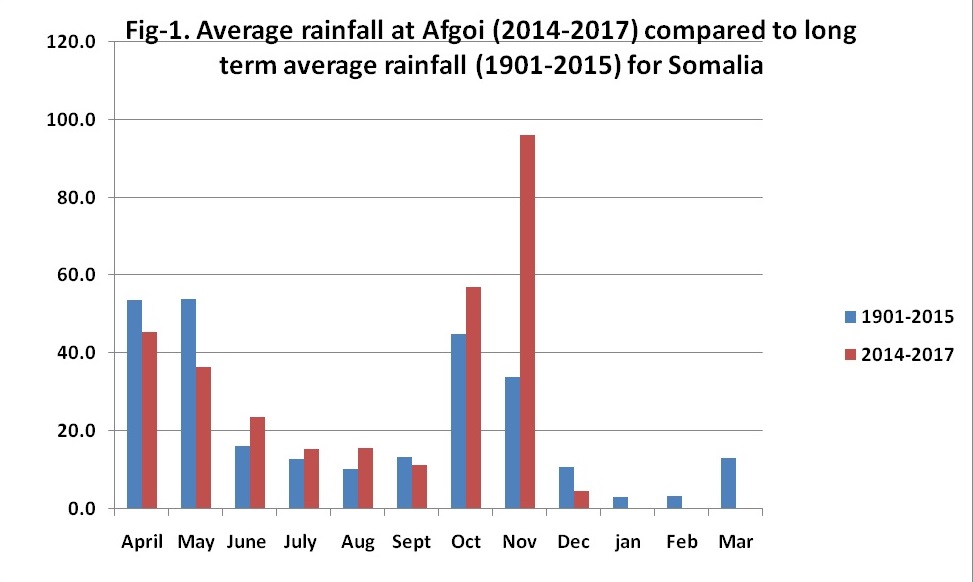 The recurrent drought has led many subsistence farmers to leave their farming activities and live at Internally Displaced Person (IDP) camps in urban cities. This has significantly reduced the number of active agricultural manpower available in farming areas, which has led to the loss of regional contributions to the national food balance.
Moreover, the absence of structural laws safeguarding water management systems, a proper agriculture research and extension services throughout Somalia, and a lack of proper functioning food and plant sanitary protection systems are affecting the current and future crop production in Somalia in general, and stable food crops in particular. The unexpected outbreak of Fall Army Worm (FAW) in 2017 can be attributed to lack of proper functioning food and plant sanitary protection systems and lack of pest/disease early warning systems. The insect has unexpectedly appeared in a huge outbreak during the Deyr 2017/2018 season, causing devastation on maize and sorghum throughout Somalia.Irrigated and rainfed maize from the Deyr 2017/18 season were under severe moisture stress. The FAW seriously damaged sorghum at vegetative, blooming, and grain milking stages thus, damaging the economic yield (grain) of sorghum crop (Fig-2). 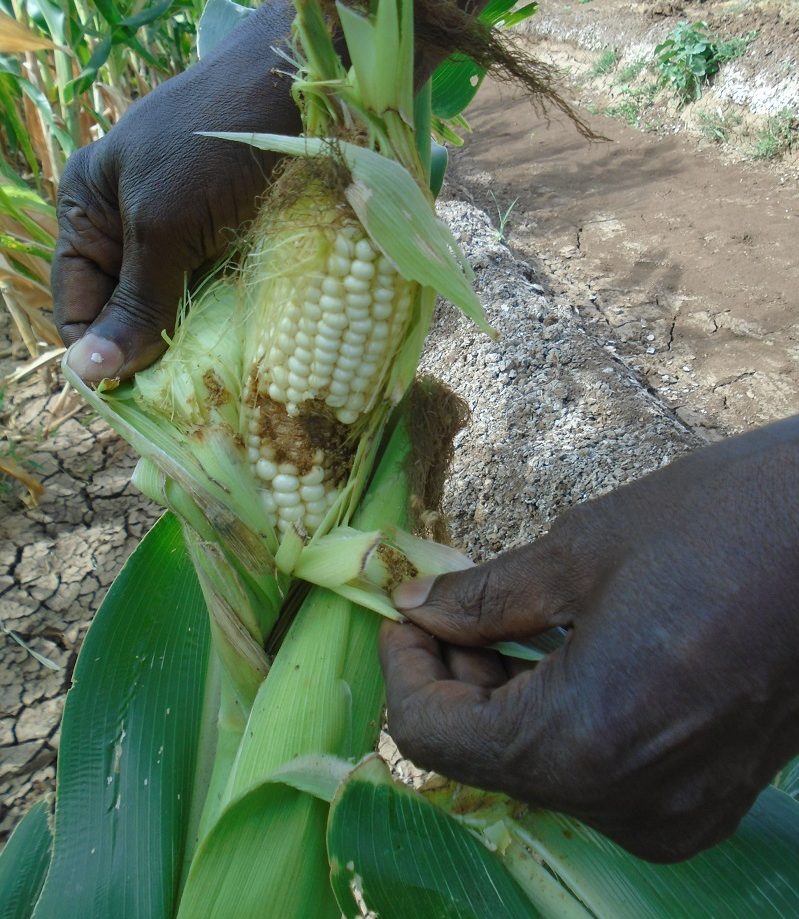 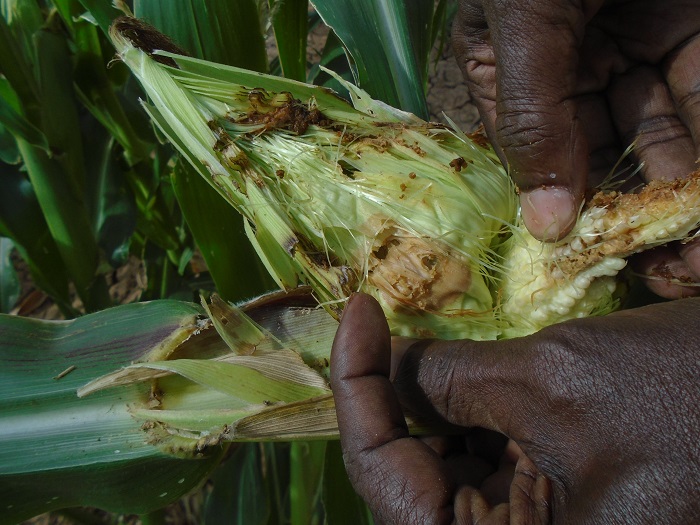 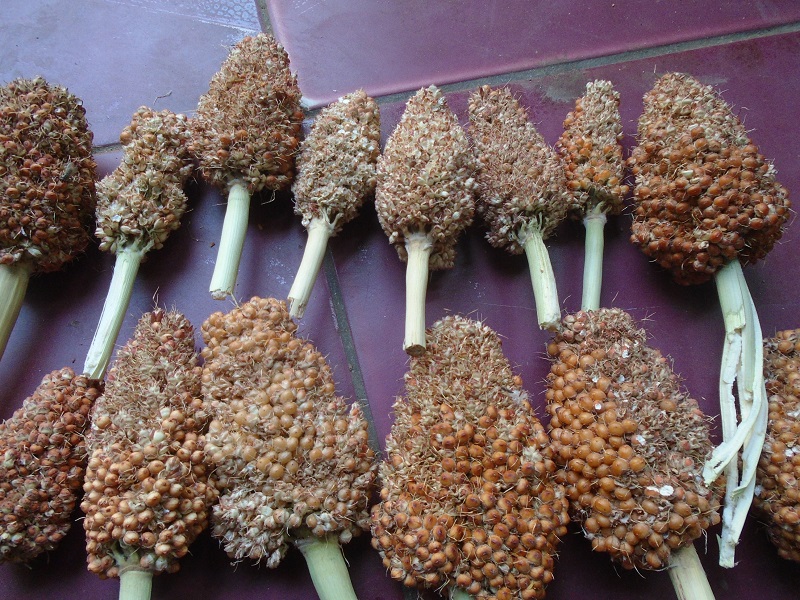 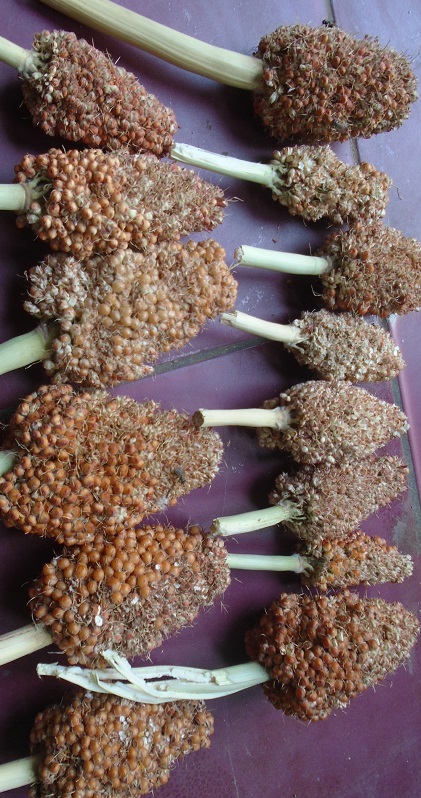 A trial conducted by the SATG in Afgoi has shown the pesticide MATCH 050 EC seems effective for controlling the FAW on sorghum.

The effectiveness of MATCH has been estimated at 95-98% for the control of FAW damage upon sorghum. However, it seems very hard the control FAW from vegetative to development stages of maize crop for the time being. While the battle for the drought is ongoing, through the introduction of climate smart agriculture, SATG is also working towards finding a lasting solution and proper control measures for the drastic yield losses caused by FAW. 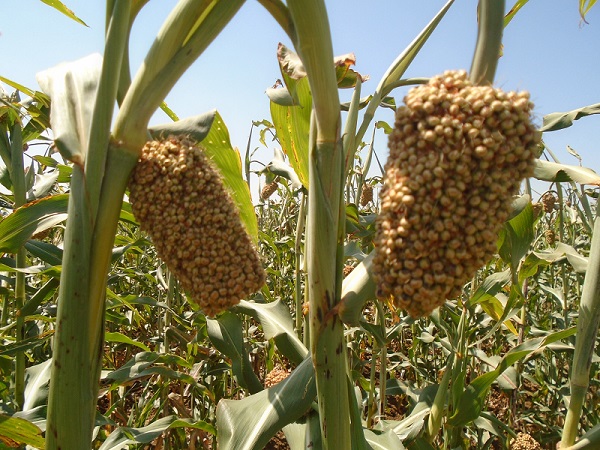 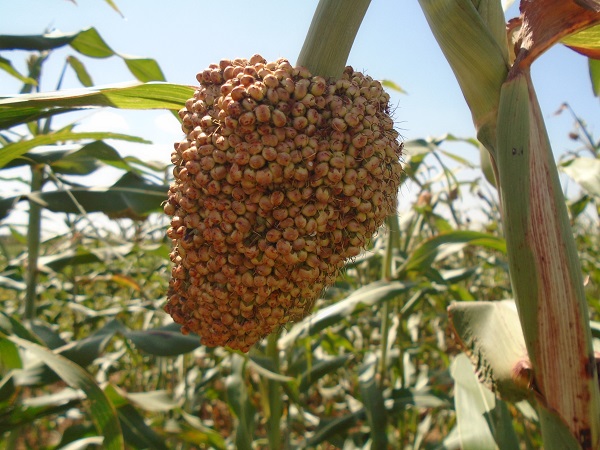 Agronomist and Advisor at SATG