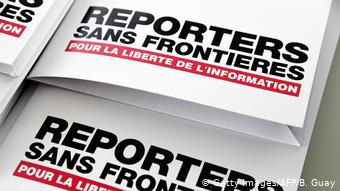 They acted after Israeli air strikes flattened the 13-storey Jala Tower in the Gaza Strip housing Qatar-based Al Jazeera television and the US news agency The Associated Press Saturday.

Israeli defence officials claimed the building housed not only news bureaus but offices of the Islamist Hamas, which controls Gaza. They gave the building’s owner an hour to evacuate the tower.

“By intentionally destroying media outlets, the Israel Defence Forces (IDF) are not only inflicting unacceptable material damage on news operations.

“They are also, more broadly, obstructing media coverage of a conflict that directly affects the civilian population.

“We call on the International Criminal Court’s prosecutor to determine whether these air strikes constitute war crimes.”

RSF recalled that it had earlier asked the ICC to investigate what it regards as war crimes by the Israeli army against dozens of Palestinian journalists covering protests in Gaza in 2018.