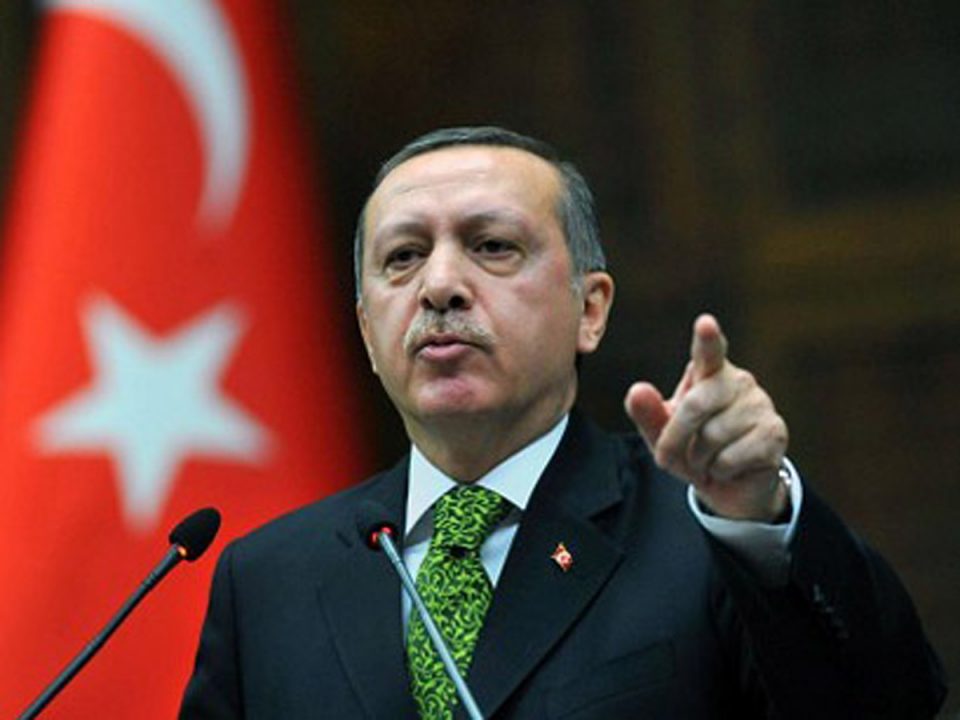 Having already threatened military action, President Recep Tayyip Erdogan said EU states were using Athens to scupper his natural gas exploration operations in the region. “Efforts to descend on the riches of the Mediterranean, which are the rights of every country around it, is an example of modern-day colonialism,” he fumed. He also accused European capitals of pushing Greece to escalate tensions in the region.

President Erdogan said: “Even if hostile fronts unite, they cannot stop the rise of Turkey.

“It’s laughable now to use as bait a country – which could not even fight its way out of a paper bag – against a regional and global power like Turkey.”

His warnings came as part of a speech in Ankara, during which the leader announced Turkey’s Oruc Reis exploration vessel will hunt for natural resources in a disputed area of the eastern Mediterranean until September 12.

The boat had been previously scheduled to end its mission on September 1.

As tensions threaten to boil over, Greece has approached France about buying fighter jets to bolster its armed forces.

Athens has also held discussions with other countries to boost their military presence.

“We are in talks with France, and only with France, in order to increase our country’s defence potential,” a government official said.

“Within this framework, there is a discussion which includes the purchase of aircraft.”

A French government source added: “There is no agreement as written in several media. However, there are discussions on a number of subjects.”

Tensions have escalated in recent months after Ankara sent its research vessel into a disputed area of maritime territory.

Turkey has been exploring disputed areas of the Mediterranean for natural resources (Image: GETTY)

France and Germany have tried to defuse the situation, while Greek prime minister Kyriakos Mitsotakis held two calls with President Donald Trump on the subject.

EU foreign ministers last week agreed to consider sanctions against Turkey over the territorial dispute in the Mediterranean.

“We can go to measures related to sectoral activities … where the Turkish economy is related to the European economy,” Josep Borrell, the EU’s top foreign diplomat, said after their meeting

He said the bloc would focus on everything related to “activities we consider illegal”.

Turkey said Brussels had no basis for its stance.

Ankara spokesman Sami Aksoy said: “It is beyond the limits of the EU to criticise the hydrocarbon activities of our country within our own continental shelf and demand that we stop them.”