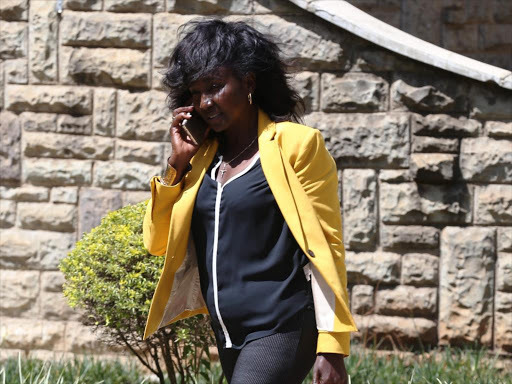 Shollei says the DP is a gentleman and has decided to remain calm despite provocation.

• The legislator said the DP will neither be pushed to react nor show any disrespect to the head of state.

This is according to Uasin Gishu Woman Representative Gladys Shollei, a key ally of the DP.

Reacting to a hard-hitting editorial that was read on Sunday by news anchor and TV show host Anne Kuguta on K24 TV, Shollei said some elements within government are determined to provoke Ruto.

“As such, he (Ruto) has refused to conform to the desires and expectations of the Kiguta masters who have laboured strenuously to provoke and force him to behave in a certain way,” she said.

Shollei said Ruto is well aware of Uhuru’s scheme, including frequent provocation. It is obviously clear that the DP has been shortchanged, she said.

“Ruto is aware, he is acutely aware and so are we all, only that he is a gentleman,” Shollei said in a recorded video.

The legislator said the DP will neither be pushed to react nor show any disrespect to the head of state, adding that he will not be swayed to vent any anger in response to the manner in which he is being treated and humiliated in government.

However, politicians and political analysts say the centre can no longer hold in Jubilee and the duo’s relationship is frosty and irreparable.

‘The DP has been cornered. The system is finishing him bit by bit. Ruto doesn’t need to live in denial that his relationship with his boss has broken down,” former Kitutu Masaba MP Timothy Bosire said.

The ODM National Treasurer told the Star that the repossession of the 1,600 Ruai sewage land could be the actual game-changer.

“Ruto can decide to speak up or keep his cool. Whichever way, the DP is a man under siege and it would take a miracle for him to conquer the storms,” he said.