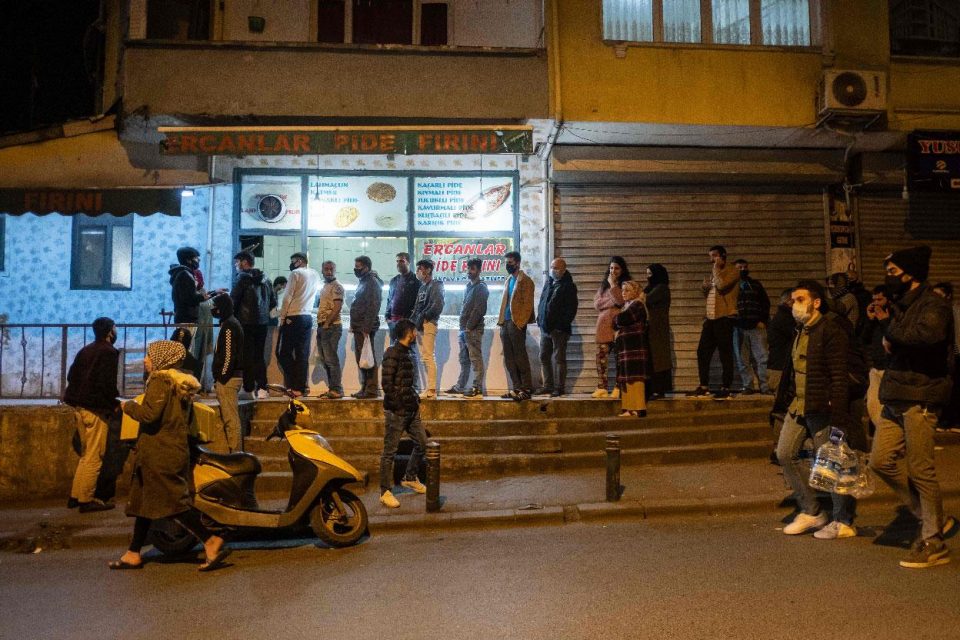 ANKARA – Turkey ordered citizens to stay at home for 48 hours across 31 cities starting midnight Friday to contain the spread of the new coronavirus, immediately triggering panic-buying in some cities.

The interior ministry said in a statement the order would last until midnight (2100 GMT) on Sunday in dozens of cities, including the economic hub of Istanbul and the capital Ankara.

Almost immediately afterwards, thousands of people in Istanbul and Ankara flocked to markets and bakeries still open for last-minute shopping.

Roads in both cities were also full of traffic, with long queues forming outside off-licences, grocery stores and banks.

Istanbul resident Simona Hayrabet, who had gone out to get some fruit and water for the weekend, said she had expected such a move by the government, “but it happened so abruptly.”

Another resident, Marina Gravina Zagaia, criticised the late night announcement while Salih Topcu, holding a shopping list written by his wife, described it as “nonsense”.

“It is really bad that they announced it so late. Had it been in the morning, we would have gone to the markets to get food and drinks,” Zagaia said.

“Right now everyone is going through chaos,” she added.

‘No need to panic’

Turkish officials rushed to reassure citizens that the lockdown did not affect basic necessities and that it would only last 48 hours.

Staff at newspapers, radio stations and television networks would also be exempt, it added.

Interior Minister Suleyman Soylu insisted “this is not a normal curfew” and would end by Sunday night, state broadcaster TRT Haber reported.

“People are in a panic and I find this normal but this panic is not necessary,” Soylu added.

Istanbul mayor Ekrem Imamoglu of the main opposition party, who had previously called for a lockdown, was also critical of the short notice and complained of not being informed in advance.

Turkey has registered a total 47,029 cases of COVID-19 so far, most of them in Istanbul, home to over 15 million people.

Health minister Fahrettin Koca told a news conference in Ankara that 4,747 new cases had been reported in the last 24 hours and 98 people had died. That brings the total death toll in Turkey to 1,006.

More than 300,000 tests have been carried out in the 83-million strong country, according to the latest data.

Turkey has become one of the countries with the fastest rising number of recorded cases.