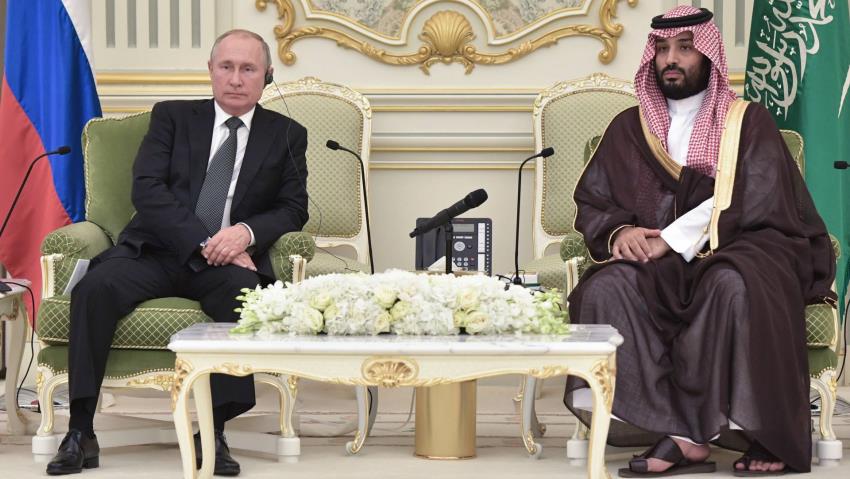 Russia will trail its controversial ‘Sputnik’ coronavirus vaccine in Saudi Arabia and the UAE.
Russia will trial its controversial coronavirus vaccine in Saudi Arabia and the United Arab Emirates amid concerns over its effectiveness and safety.
Moscow said Tuesday its vaccine offered “sustainable immunity” against the virus, but Western scientists have previously raised concerns about the development speed of Russian treatments, suggesting researchers were cutting corners.
The Russian Direct Investment Fund (RDIF), which funded research for the vaccine, announced the Middle Eastern trials in a press conference following President Putin’s announcement, BBC Arabic reported on Tuesday.

RDIF head Kirill Dmitriev announced at the Tuesday press conference that the third phase of clinical trials for the Russian vaccine will be conducted abroad from Wednesday.

“We have reached agreements with our partners in the UAE, Saudi Arabia and a number of other countries to conduct the necessary experiments,” he said.

Dmitriev said the fund has received requests for more than one billion doses of the vaccine from more than 20 countries.

Washington’s health chief on Wednesday expressed scepticism about Russia’s claim of developing the world’s first safe coronavirus vaccine, pointing to the lack of data from its initial trials.

US Health Secretary Alex Azar echoed those concerns Wednesday as he wrapped up a three-day visit to Taiwan.

“It’s important that we provide safe, effective vaccines and that the data be transparent… This is not a race to be first,” he told reporters during a conference call.

“I should note that two of the six US vaccines that we’ve invested in entered the phase three clinical trials weeks ago that the Russian vaccine is now only beginning,” he added.

“The data from the initial trials in Russia have not been disclosed, it’s not transparent.”

Russian President Vladimir Putin said the vaccine was safe, and that one of his daughters had received a dose.

The vaccine has been named “Sputnik”, after the world’s first artificial satellite that helped the Soviet Union take the lead in the Cold War space race in 1957.

The World Health Organization last week urged Russia to follow established guidelines and go “through all the stages” necessary to develop a safe vaccine.

Governments are under huge pressure to find a vaccine against the coronavirus, which has killed more than 700,000 people worldwide and eviscerated the global economy since it first emerged in central China late last year.