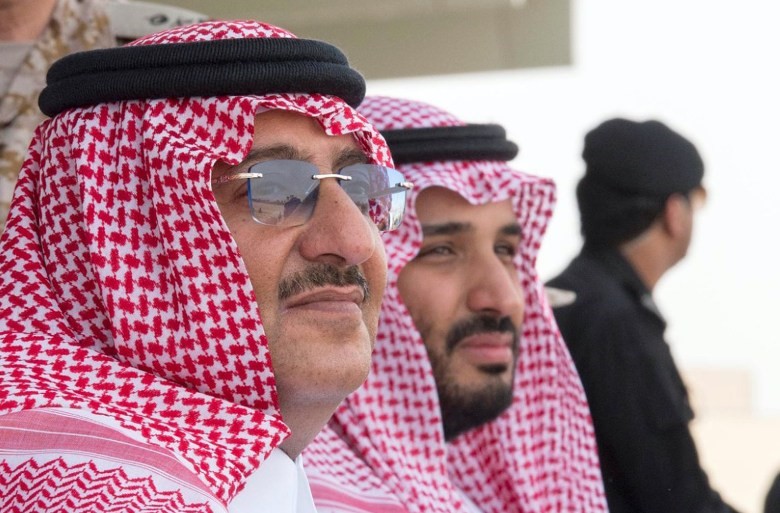 Saudi Crown Prince’s accumulation of power has given him the leeway to make changes once thought impossible
by Jonathan Gorvett
July 15, 2021

When Organization of Petroleum Exporting Countries (OPEC) talks on a new oil production deal collapsed last week, the depth of the recent rift between Saudi Arabia and the United Arab Emirates (UAE) was laid bare publicly.

The breakdown came after months of disagreement between Abu Dhabi and Riyadh on issues ranging from the war in Yemen to rivalry over attracting foreign investment.

The elder MBZ and the youthful MBS had long enjoyed a close personal relationship, working together on the invasion of Yemen in 2015 and – initially – on the blockade of Qatar in 2017.

The OPEC breakdown, however, shows how much things have recently changed.

In particular, it underscores how MBS’ unprecedented accumulation of power at home has given him the ability to do much that was once thought unthinkable.

“It’s very much a one-man show in Riyadh these days, with power now more concentrated than at any time since the founding years of the Saudi kingdom,” Andreas Krieg, assistant professor of security studies at London’ King’s College, told Asia Times. “This gives MBS the freedom to take far more risks – including taking on MBZ.”

Achieving that degree of power has not come without a price, however, with MBS alienating a range of domestic Saudi political forces. These range from once-powerful religious authorities to many rural and more conservative Saudis, alarmed by his more liberal approach to Islam.

They also include many members of his own family, who he has imprisoned or silenced in recent years.

These include his cousin, the former Crown Prince, Mohammed bin Nayef – “MBN” – as well as other royals such as Princess Basmah, who was once seen by some as an important leader of reform.

Alienating key branches of the ruling elite is not something to be done lightly in a country where the large royal family dominates politics, security and the economy.

“He has to realize he needs allies,” says Henri Estramant, a lawyer campaigning for the release of Princess Basmah. “He needs goodwill within his own family,” adds Estramant, “and he simply doesn’t have that now.”

Saudi Arabia is “very much a family business,” says Krieg, with that family nowadays an extremely large one.

They each had many wives and children between them, with around 10,000 core descendants now living.

Some estimates, however, put the total now able to claim some royal connection at close to 100,000.

In either case, “There are thousands of members, growing exponentially, all expecting privileges and dividends from the state,” Saudi analyst Ali Shihabi told Asia Times.

At the same time, that state – dominated by this extended family – has traditionally used its huge oil wealth to provide citizens with subsidies on everything from water to housing.

Jobs, too, have been subject to family patronage, in government and in the major state industries.

Those industries have long been dominated by oil, with the economy still highly dependent on “black gold”, despite decades of plans aiming to diversify into other areas.

“For the last 50 years people have worried about how to diversify the economy, and it’s still a major question,” says Shihabi.

One major reason for the failure of such plans has been the deep entanglement between the royal family and this structure of subsidies, dividends and patronage.

Dealing with this, however, would inevitably mean the family in part moving against itself.

Initially, in 2015, the current ruler, King Salman, appointed the staunchly pro-US and experienced MBN as Crown Prince, with an eye on trying to push through a reform program known as “Vision 2030.”

Yet, after two years and what appears to have been unsatisfactory progress, the king took the radical step of removing MBN and replacing him with the more youthful MBS.

The new Crown Prince wasted no time in making his move, either, rounding up powerful business leaders and family members in the Ritz Carlton Hotel in Riyadh in 2017.

He then forced them to renounce political ambition and a hefty chunk of their wealth.

MBN also “disappeared for some years,” says Krieg, with his supporters in the family also rounded on. “This and Ritz Carlton really deterred anyone from challenging MBS, as it seemed he was prepared to do absolutely anything.”

At the same time, there was also a huge crackdown on the always small space for public dissent in Saudi Arabia.

“Politics was completely removed as a topic for public debate,” says Krieg. “If you so much as tweeted an opinion on this, the next day, you could be arrested.”

Indeed, MBS has demonstrated a keen awareness of social media, stamping down on its possibilities for criticism while also using it to bypass parts of the state that might act as obstacles and address the population directly.

“There was therefore a harsh response to campaigners for women’s driving, even as MBS was making that legal,” says Krieg. “There was a fear that these women could become alternative leaders.”

Indeed, any potential alternative to MBS has been rounded on, even if they officially express support for MBS’ reforms.

Princess Basmah, for example, who had become popular in Western media as a face of Saudi reform, was detained in 2019, along with her daughter, and is now in Riyadh’s Al-Ha’ir high-security jail.

MBN was accused of treason in 2020, and while he has “resurfaced recently,” says Krieg, he “can’t meet anyone without MBS knowing and has been very intimidated by what happened to him.”

MBS has also appointed his own friends and relatives to several key positions, such as foreign minister and ambassador to the US.

To gain and keep this may be a difficult task now, as “There is a difference between attacking your political opponents and attacking your own family,” Estramant adds.

MBS may well have accumulated all the power in his hands for now, but may well have to watch out amongst some of those closest to him once he finally takes the throne.

Fighting to stay alive in a broken country: No jobs, no food